The new season begins Aug. 22 with a full slate of action featuring over 120 games. 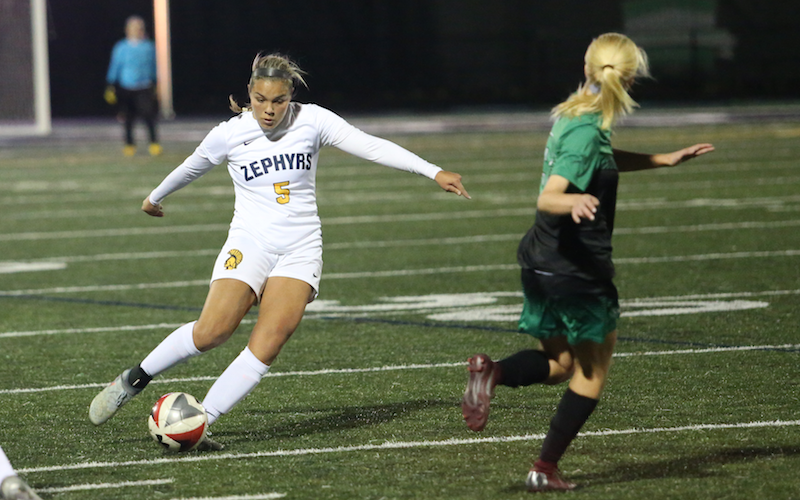 Mahtomedi's girls' soccer team, which has won back-to-back Class 1A state championships, opens its season on Aug. 23 with a trip to Rochester Mayo. Photo by Cheryl Myers, SportsEngine

The new soccer season opens next week with a slate of 124 total girls' and boys' soccer games scheduled for Aug. 22.

For back-to-back Class 1A girls' state champion Mahtomedi, a title defense begins on Aug. 23. The Zephyrs, who claimed both of their championship wins over Orono, open their season with a trip to Rochester: A Friday night game at Mayo and a Saturday morning contest against Century.

The Zephyrs made the same trip to start last season, storming past both schools, 8-0 and 6-1, respectively. Mahtomedi begins Metro East Conference play on Sept. 10 against South St. Paul.

Last year, Orono's girls finished one point behind first place Waconia and three points better than Holy Family Catholic in the competitive Wright County Conference standings. But before the Spartans get deep into conference play this season, they'll have a Sept. 3 date against Monticello, which has faced Orono in the past two Class 1A, Section 6 championship games.

Before winning the 2018 girls' Class 2A championship, Minnetonka stumbled through a challenging slate of conference games and finished 3-4-1, giving the Skippers a fourth-place finish in the then five-team Lake Conference standings (this year the Lake expands to seven teams, with Buffalo and St. Michael-Albertville joining the fold). The league's regular-season crown went to Wayzata, which beat the Skippers twice — 4-0 and 2-0 — until Nov. 2, when Minnetonka stunned the Trojans 1-0 in the state tournament final. The rivals play on Sept. 7 at Minnetonka and on Sept. 24 at Wayzata.

Blake, the 2018 boys' Class 1A champion, kicks off its 2019 campaign against Fridley on Aug. 22. The Bears, who finished second in the Independent Metro Athletic Conference standings last year, will face reigning conference champion Breck on Sept. 18, then wrap their regular season on Oct. 4 and 5 with big tests against Minneapolis South and St. Thomas Academy, respectively.

Bemidji, which lost 1-0 to Blake in last year's championship game after completing a perfect Lakes to Prairie Conference campaign, begins conference play out of the gate by hosting Walker-Hackensack-Akeley on opening day before facing Class 1A, Section 8 foe St. Cloud Cathedral on Aug. 24. The past two seasons, Bemidji needed to go through St. Cloud Cathedral and Sartell-St. Stephen — a matchup scheduled for Sept. 28 — to advance to the state tournament.

Click here for the full boys' schedule and here for the girls' schedule to see all the upcoming games this season. You can also use the search box in the top right corner of the page, and select "Team Finder" to look at the schedule for a specific team.

If your team’s schedule isn’t posted or needs updating, send the necessary information to scores@sportsengine.com.