Mahtomedi defeats Orono again for the 1A title, this time in OT

Sonia Meyer scored the only goal of the match to give the Zephyrs their second consecutive state championship. 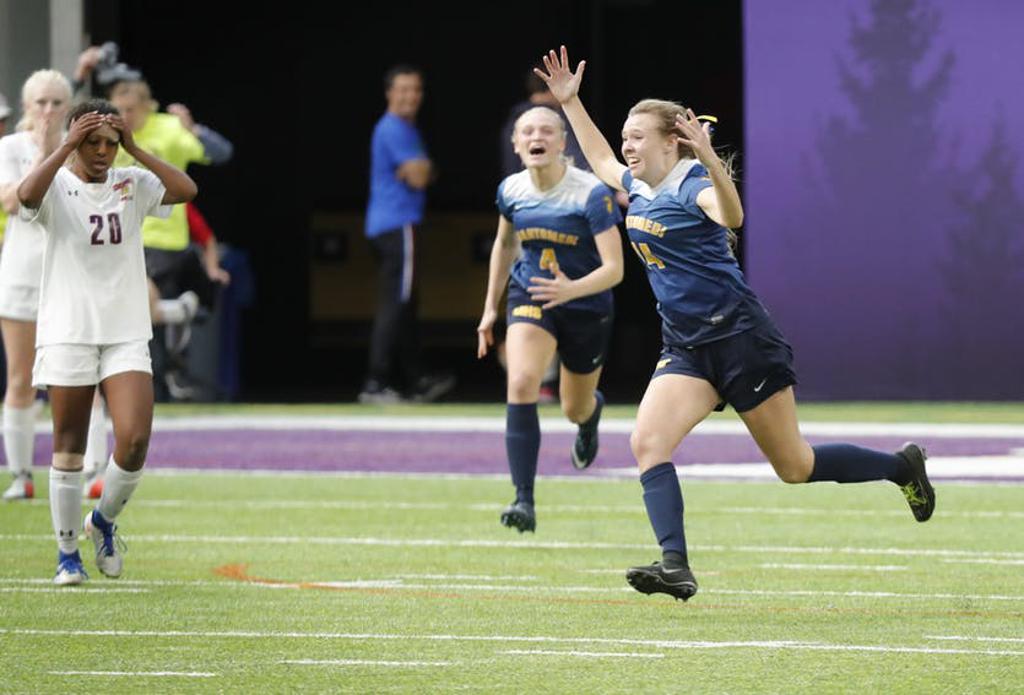 If the girls’ Class 1A championship between Mahtomedi and Orono on Friday had the feel of two teams that knew each other well, that’s because they did.

Mahtomedi senior forward Sonia Meyer scored the winning goal in the 93rd minute in overtime to give the Zephyrs a 1-0 victory at U.S. Bank Stadium. The goal, which Meyer struck from 15 yards out, gave the Zephyrs their second consecutive title win over Orono. Mahtomedi defeated Orono 2-1 in the 2017 title game.

Meyer’s game winner was set up by a long throw-in from defender Megan Clements that bounced into traffic in front of Spartan’s net.

“We had a tough time finding shots, but that one was just set up perfectly,” Meyer said.

Top-seeded Mahtomedi’s victory gave it a record-breaking eighth girls’ soccer titles. Wayzata, which has seven, has a chance to match it in its Class 2A championship later this afternoon.

Mahtomedi (15-5-1) and second-seeded Orono (18-3-1) entered their title rematch surrendering less than a goal per game, and their penchant for playing tough defense played out as the game remained scoreless into overtime.

The Zephyrs applied offensive pressure for much of the game, but Orono junior goalkeeper Clare Gagne was able cut off several loose balls and corner kicks in front of the net. Mahtomedi held a 5-3 advantage in shots on goal.

“My defenders play a much better role than I do,” said Gagne, who came into the game with 37 career shutouts, “and they’re able to keep me and the rest of the team calm by dealing with anything that comes at us.”

The Spartans had a few scoring threats during the game, including one with about five minutes left in the first half . Junior midfielder Megan Marzolf’s kick from close range sailed just wide of the left post.

Mahtomedi continued to create scoring chances throughout the second half and into the overtime, but Orono’s defenders and goalkeeper Gagne hung tough in front of the net until Meyer’s game-winning kick.

Orono came into the game with a 14-game winning streak, including a 2-1 victory over No. 3 seed Benilde-St. Margaret’s in the semifinals. The Spartans have appeared in four of the last five Class 1A title games, their last championship coming in 2014. 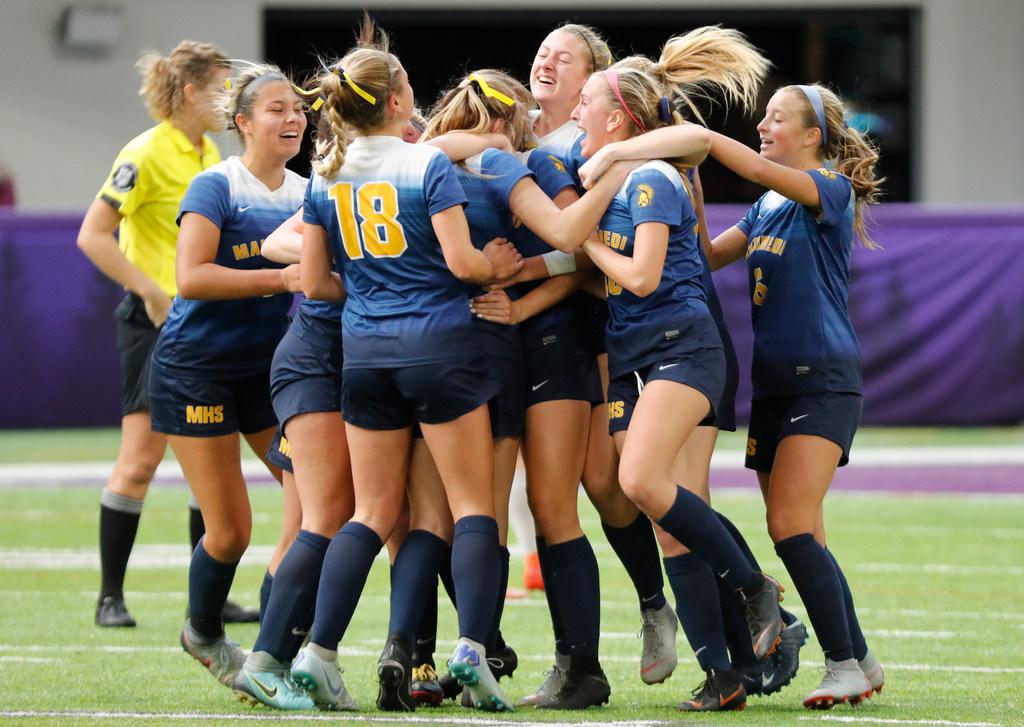