St. Louis Park soccer talent a throwback to playing for the fun of it

Trained largely in a free-play style, Zinedine Kroeten not only is leading the Orioles into the playoffs but he’s getting a two-week trial with a top German club. 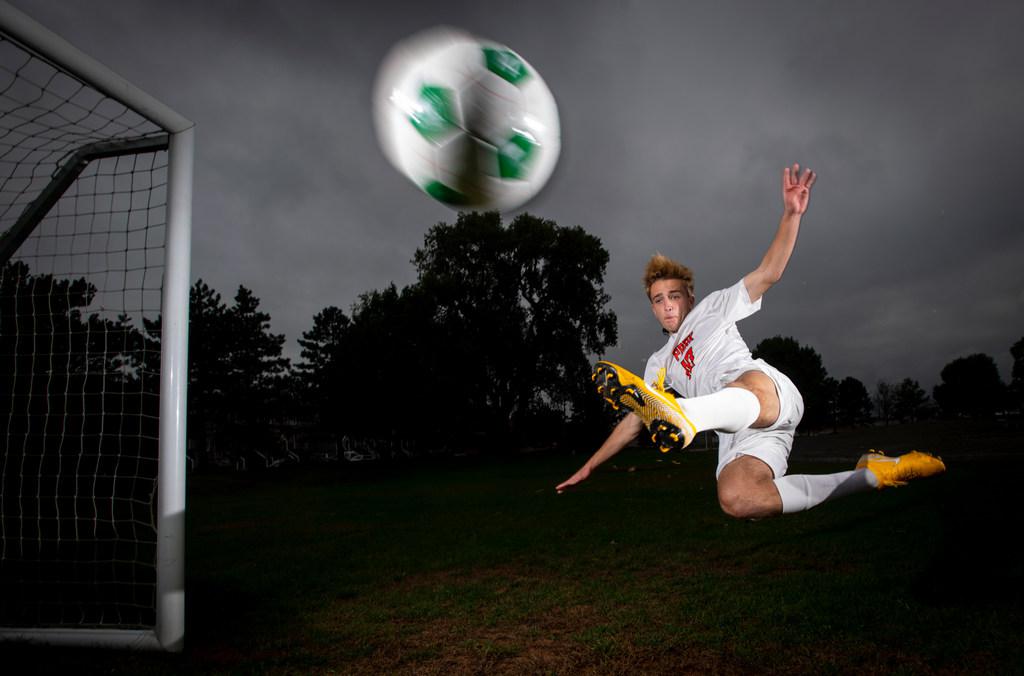 A decade later, his talent developed largely outside the typical youth soccer industry, Kroeten has grown into a skilled midfielder on a strong St. Louis Park boys’ soccer team. Playoffs begin this week and the Orioles are the No. 2 seed in Class 2A, Section 6.

A rare opportunity awaits him in November: A two-week trial with Werder Bremen, a club in Germany’s top professional league.

His journey is as improbable as a hockey player or basketball player learning the game almost entirely on the pond or playground until high school, and then drawing NHL or NBA interest.

“It is refreshing, kind of like the old days,” said Chato Alvarado, varsity soccer coach at St. Louis Park. “You just don’t see that here in U.S. where it’s very organized and structured.”

Kroeten was about 9 years old when he started in a more traditional setting with the St. Paul Blackhawks soccer club. His father, Ted, played professionally for the Minnesota Thunder and was a Blackhawks’ coach as well as the club’s director of player development.

In 2009, he founded Joy of the People with former Thunder player Victor Kasanezky, a foundation that promoted a free-play model rather than typical structured instruction. The environment proved more appealing to young Zinedine (pronounced Zin-a-dean).

Other than setting simple goals for players, Ted Kroeten left them to play soccer in the gym, on tennis courts or grass.

“We just played for fun,” said Zinedine, a second team all-state selection last fall who has five goals and three assists for the Orioles this season. “My dad would pick up my different friends around St. Louis Park and we’d play for hours and hours. I didn’t have to worry about whether I was better than my peers.”

Bucking the well-worn path of competitive and often expensive elite teams and soccer academies subjected Ted Kroeten to doubts about taking his son, the in-game gardener, out of a soccer club and putting him in an environment with little coaching.

“My dad was never disappointed in me but his friends would say, ‘Sorry about your son. He’s never going to be that good.’ But my dad had his own thought process,” Zinedine Kroeten said. Even Ted, as he watched the kids run around the gym, wasn’t sure. 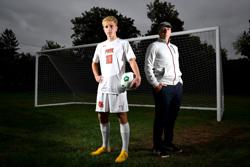 About two years, hundreds of carefree soccer hours and thousands of touches on the ball later, Zinedine Kroeten, then age 11, said he decided that he was “a decent player and maybe I could do something with it.”
When Joy of the People players joined community soccer clubs, they fit in. Playing on a local Olympic Development Team at age 12 showed Zinedine Kroeten’s penchant for great footwork and creativity.

“We were doing 1v1 drills and I rainbowed over a defender,” he said. “That’s where you start with the ball between your legs, jump with the ball behind you and flip it over yourself and the defender, then catch it behind him. The coaches’ jaws dropped.

“I made the team and I thought, ‘Wow, the free play stuff is actually working,’ ” he said.

Success in high school soccer requires players to be sound tactically (team concepts) as well as technically (individual skills). A growth defect in his knee caused Kroeten to miss almost his entire eighth-grade season. As he came back, he learned the importance of using teammates.

“I used to just dribble with my head down,” Kroeten said. “But when I couldn’t run as fast, it enticed me to pass more, to be simpler and more tactical.”

When he returned to full speed, Kroeten became an adept playmaker and finisher. As a freshman, he scored the Orioles’ first goal of the season. Alvarado loved the youngster’s creative style.

“A couple of times I yelled, ‘Get the ball to Z,’ because he makes something happen,” Alvarado said. “You can do drills where you get the ball from A to B. But in a game, you might go A to B and then A to G. He had a good sense of the game and you could tell he was probably kicking a ball every day.”

Playing for Alvarado allowed Kroeten’s creativity to flourish. Growing up in Costa Rica, Alvarado didn’t play organized soccer until age 14. Before that, soccer was a street game.

“Any space we could find became a soccer field,” he said. “You could be playing 2v2 or 6v6 on the same small space so you’d get an incredible amount of touches.”

Alvarado brought his experiences to St. Louis Park and found a match in Kroeten.

“He’s an attacking midfielder and I give him free rein because I don’t like forcing my players to do certain things,” Alvarado said. “Because things can change in seconds and you have to figure it out. The more the players can anticipate and the more empowered they are to make those quick decisions, the better the team is going to be.”

Kroeten is one of three St. Louis Park (12-1-1) players who spent time with Joy of the People. The others are Nick Riley, who Kroeten called “one of the best dribblers in the state,” and Sam Gage, who has scored key goals as part of the Orioles’ strong group of reserve players.

“It makes me feel confident in my dad’s philosophy that just playing is really good for development,” Kroeten said. “We played in the Schwan USA Cup in 2017 and the announcer said we were like the kids from (the movie) ‘The Sandlot.’”

Now, Kroeten gets to test his abilities on an international stage. Both he and Emmanuel Iwe, a childhood friend and Joy of the People product who since moved to Texas, head to Germany to train from Nov. 4-17.

Highlight videos submitted to Chicago-based scout Thomas Gansauge, a friend and colleague of Ted Kroeten, garnered the duo an invitation to play in a men’s tournament in Chicago.

From there, Gansauge, a former Bundesliga player, recommended them to three teams in that league. Werder Bremen immediately responded.

“This will tell me where I’m at,” Kroeten said. “If they like me, I’ll finish high school and decide between Werden Bremen and college.”

Quite a ride for a former dandelion picker.

“We all peak at different ages,” Alvarado said. “Germany is going to be a great experience. He’ll see how different the pace is and how much faster you’ve got to think and act. And I think it’s cool that he is putting Minnesota on the map.” 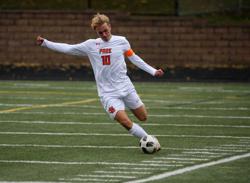 Zinedine Zidane, St. Louis Park senior Zinedine Kroeten’s namesake, was an attacking midfielder from France widely considered one of the greatest soccer players of all time.

Kroeten’s father, Ted, shared the inspiration for the name one day when Zinedine was old enough to understand.

“He showed me highlights on the computer and I spent about four hours in the living room copying his moves,” Kroeten said. “And in my next soccer game I did all those moves. I hogged the ball a little.”

Zidane also delivered a memorable head butt in the 2006 World Cup, a moment for which Kroeten later caught some grief.

“When I got to ODP [Olympic Development Program] the coaches just called me ‘Head Butt,’ ” Kroeten said.