Carson Dederichs scored in the 95th minute to give the Hornets their fourth consecutive section title. 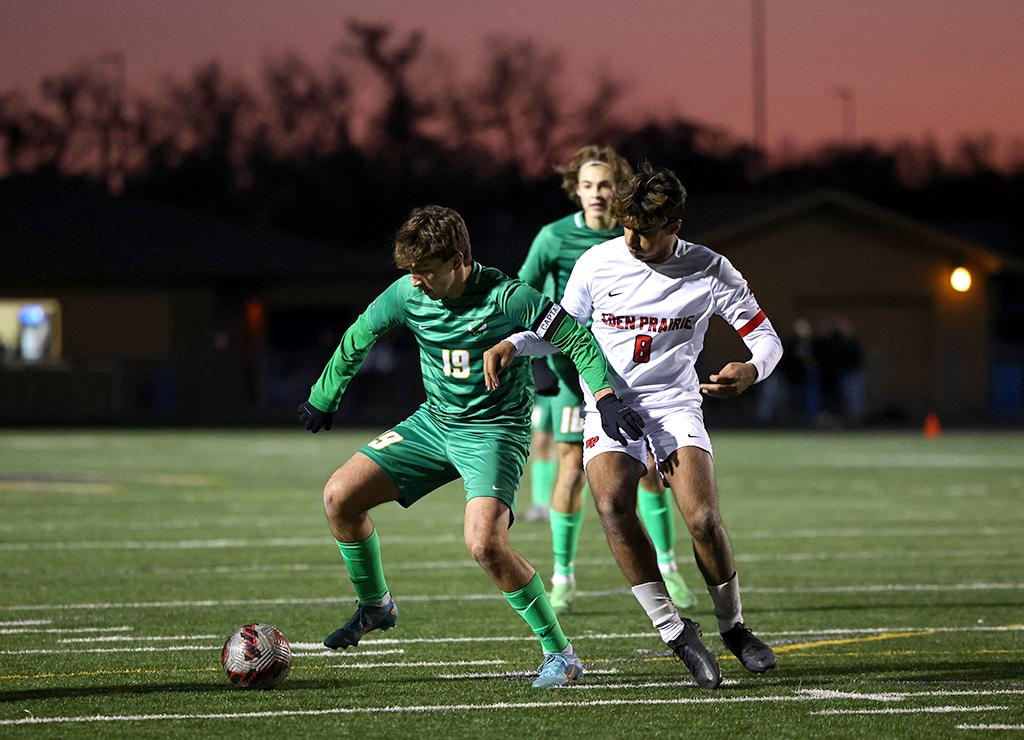 Carson Dederichs (19) carries the ball around Eden Prairie defender Pranay Dhiman (8) in the second half. Dederichs scored in the second overtime period to give Edina a 2-1 win in the Class 3A, Section 2 final. Photo by Cheryl A. Myers, SportsEngine

After 90-plus minutes of back and forth and high-stress play, Edina’s Carson Dederichs scored to give the Hornets a 2-1 overtime win and capture the Class 3A, Section 2 crown and a spot in next week’s Class 3A state tournament.

The Hornets pressured their section and Lake Conference rival heavily in the opening minutes before Eden Prairie balanced things out. The chances were for naught, however, as the teams entered halftime scoreless. 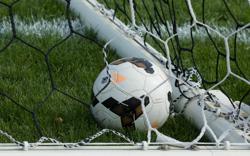 Once the second half started, they wasted little time getting going. Edina’s Luke Aadalen found a loose ball in the box and buried his chance to put Edina ahead 1-0 in the 43rd minute.

The Eagles didn’t wait long to even things up. Wilder Bocanegra Lima buried a rebound chance to tie the match at 1-1 just over two minutes after the Edina goal. Eden Prairie co-coach Jim Williams commended his senior forward’s drive after the Hornets scored first.

“It was huge to get that back,” Williams said. “The longer it goes, the more you start to press. He was electric tonight. They couldn’t stop him.”

For most of the two overtime sessions, Eden Prairie found itself with plenty of chances. But after an Eagles rush in the middle of the second extra time period, the Hornets got their own golden opportunity and converted on Dederichs’ goal.

“His first touch was money,” Jenson said. “That’s how we score goals. Get to the end line and hitting it across.”

The loss ends the season for the Eagles (10-6-2), a team that had turned things on late, including a win over previously undefeated and top-ranked Wayzata.

“We play in the Lake Conference and only lost to Edina, Minnetonka and Wayzata all year,” Williams said. “I think people slept on us. We knew how good we were and finally found our game. Unfortunately, it’s a cruel game and we lost tonight.”

The Hornets, meanwhile, enter the state tournament with plenty of experience as they have been part of each of the past three, including in 2019 when they won the state title.

“We’ve improved a lot,” Jenson said. “This game comes down to luck and good fortune, and we were lucky enough to get that goal when it counted.”