Andrew DeWitt tipped in a long throw in by Benjamin Halloff in the third minute to give Orono a quick lead that held. 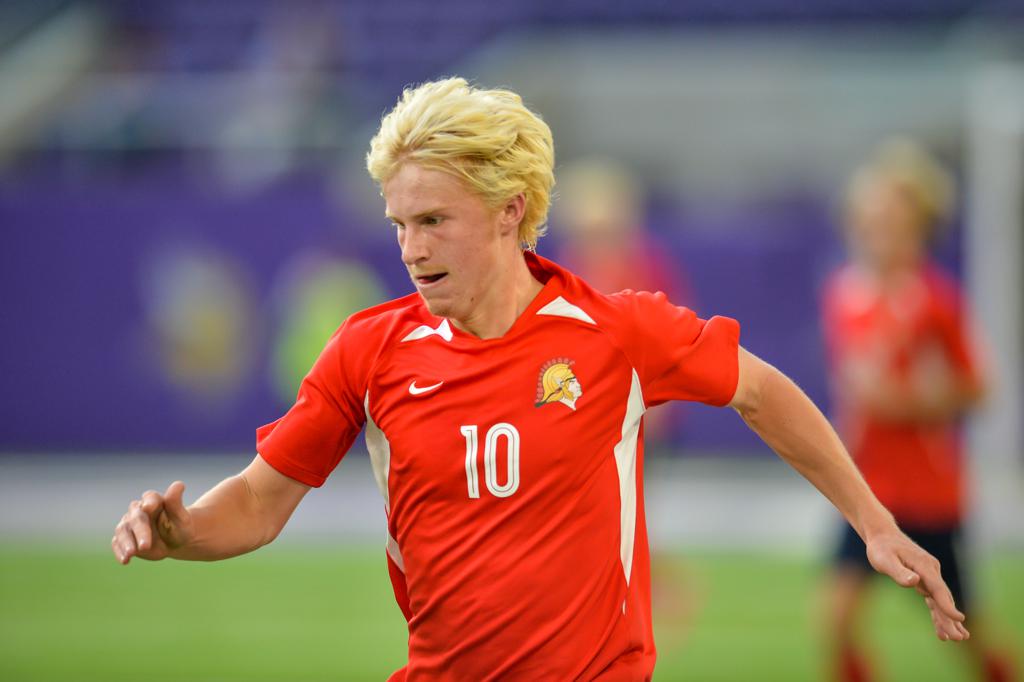 With defense being a point of emphasis for the Orono boys soccer team, as it was for Holy Angels, their opponent in the Class 2A boys’ soccer championship game, goals were at a premium.

So getting a quick one in the third minute of play was just what the Spartans hoped for, lifting them to 1-0 victory Saturday and their second state championship. Orono won the Class 1A crown in 2015.

“We want to come out strong for the first five, 10 minutes of every single game,” Orono coach Derek Engler said. “And almost every game, we’ve scored in the first 10 minutes. It’s a big boost to our mentality and our energy.”

His arching throw-in from the 30-yard-line cleared the Holy Angels defense and came down near the far post, where leading scorer Andy DeWitt was setting up. DeWitt didn’t get much of the ball — there was some question whether he even touched it — but his subtle head flick was just enough to direct it into the net in the third minute.

“It’s such a dangerous weapon,” Engler said of Halloff’s throw-ins. “We knew we were going to get a few chances on set pieces today, corner kicks and long throws, and we got our heads on four or five of them. Luckily, one of the first ones went in.”

Halloff said his skill with throw-ins has been honed over the past decade.

“For the past, probably 10 years, I’ve been able to throw it more than half the field,” he said. “Derek allows me to utilize that in big games like this and and we usually get a scrappy goal like we did today.”

“That was indicative of the physicality of the game, in a good way,” he reasoned. “It’s difficult to get around a good team.”

Andrew DeWitt tipped in a long throw in by Benjamin Halloff in the third minute to give Orono a quick lead. The Spartans made it stand, holding off Holy Angels for 1-0 victory in the boys’ soccer Class 2A championship game.