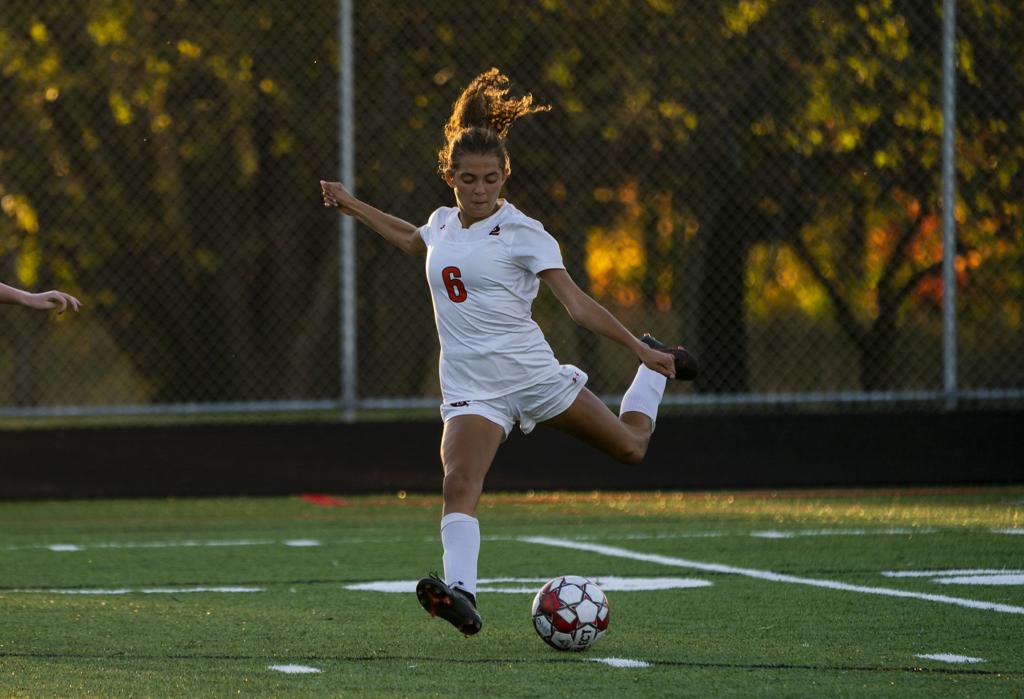 Lauren Ahles, Centennial, sr.: Tenacious player with a great work rate. Dangerous from 20 yards out. Has 13 goals and 14 assists for the 18-1 Cougars.

Sophia Barjesteh, Woodbury, sr.: Led the Royals with 11 goals and went from three assists last season to eight. Committed to the Gophers.

Maddie Dahlien, Edina, sr.: Star Tribune Metro Player of the Year. Led the Hornets to a 19-0 record going into the Class 3A state tournament semifinals. Scored 34 goals so far. Committed to North Carolina.

McKenna Lehman, Lakeville North, sr.: Able to score from a long range and with either foot. Scored 15 goals. Committed to the University of St. Thomas.

Lauren Buzzell, St. Francis, sr.: Controlled play from the back for a Fighting Saints team that made its state tournament debut. Added eight goals to the attack.

Bayliss Flynn, Edina, jr.: Considered a fifth defender for how often teammates play the ball back to her feet. Registered Edina’s first assist by a goalkeeper.

How they were picked

The Star Tribune’s All-Metro teams and Metro Players of the Year were chosen based on nominations from metro-area coaches, conversations with coaches and staff observations.