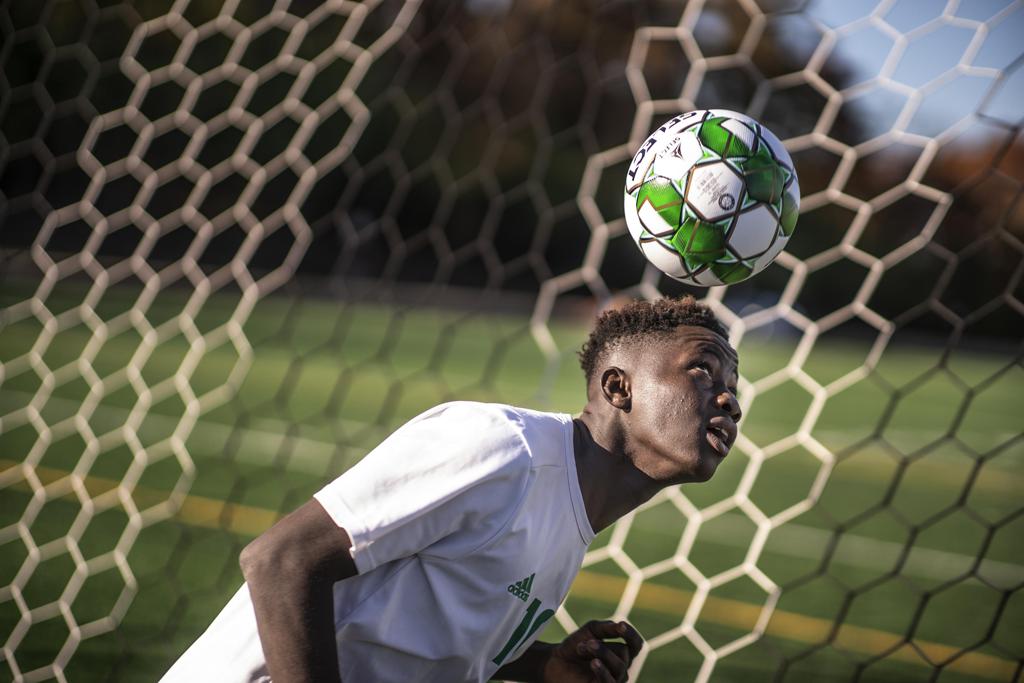 Typically, players with outrageous goal totals lack in assists. Not Jabateh, who led Class 3A with 35 goals and assisted teammates 18 times. The Star Tribune Metro Player of the Year beat opponents in myriad ways.

“He’s the total package,” Barnhouse said. “Touch, speed, size, soccer IQ, extremely coachable and a great teammate. You put Sidike on any team, and they are instantly a threat to win a state title. He’s that good.”

Totino-Grace coach Bill Vance can testify to that. Jabateh’s footprints were all over the Pirates’ 4-1 victory in early October. He scored three goals and assisted on the other, flashing skills Vance won’t soon forget.

“He made this move where he jumped and made a midair cutback,” Vance said. “It’s like something you’d see a Liverpool forward do on YouTube.”

Not bad, considering Jabateh wasn’t feeling his best. His right leg felt off.

“I wasn’t feeling 100 percent fit,” said Jabateh, who convinced himself he would be fine after receiving the ball off a corner kick, dribbling around two or three defenders and firing the ball home.

Barnhouse had challenged Jabateh after the 2020 season to make teammates better.

“He was never about himself,” Barnhouse said. “But we talked about Michael Jordan being a great individual basketball player who became a champion after he started trusting his teammates.”

“At first, I was getting mad sometimes,” said Jabateh, who joined the program late in his sophomore year after moving from Liberia. “I would just yell. But now, I think I control it.

“When my teammates lose the ball or get mad because they didn’t get a direct pass, you just need to encourage them,” Jabateh said. “You can’t be at the top of your team and not encourage other players.”

With Jabateh inspiring confidence in teammates, Park Center improved from 6-5-2 in 2020 to 13-5-1 this season.

“I think this is the best year so far,” Jabateh said.

The best looks still to come for Jabateh, who said he’s heard from college programs as well as professional clubs, from Minnesota United to some in Dubai and France. His father, Mohammed Jabateh, was a defender on a first-division team in Liberia.

“He knows he’s good,” Barnhouse said. “But you’d never know it when you see him interacting with teammates, coaches, teachers and referees.”