Victory thrills at boys’ and girls’ section final games last week reflected talent on the pitch and a hunger to keep playing in a pandemic-shortened season. 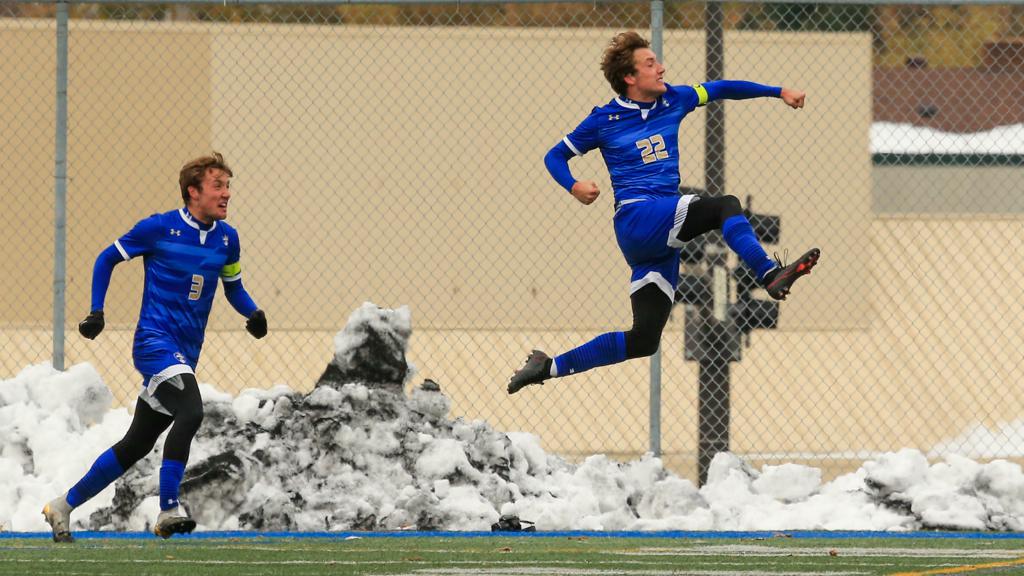 Holy Angels' Noah Hermanson (3) and Carter Hermanson (22) celebrated at the Class 1A, Section 3 championship on Oct. 24 in Richfield. Photo by Jeff Lawler, SportsEngine

Would the Maple Grove girls or the boys’ teams from Edina and Holy Angels have repeated as state champions? How far could the Lakeville South girls, the No. 8 seed in the section, go? What about the Bloomington Kennedy boys, who won the program’s first section title since 1994?

The Minnesota State High School League did not offer fall state tournaments to prevent potential spread of COVID-19. Alternative soccer tournament proposals by a group of coaches, and then parents, failed.

“For us seniors, it leaves unfinished business,” Orono senior midfielder Jamie Bazil said. “It’s an unsettling way to go out. They took a moment we deserved out of our hands.”

Though the 2020 soccer season ends with an ellipsis rather than an exclamation point, there is still much for the section champions to savor.

On the boys’ side, three of the Class 2A section champions defended their titles: Centennial, Edina and Maple Grove. Both the Hornets and the Crimson rolled through their three postseason games without conceding a goal.

Add Lakeville North to the zero club. Twice. The Panthers did not allow a goal in the playoffs. And they finished without a loss (12-0-2) all season.

Lakeville North, Stillwater and Wayzata last won their respective sections in 2018. Mounds View reclaimed glory not seen since 2017 while Northfield represented the freshest faces among larger schools. The Raiders had last won their section in 2016.

In Class 1A, Bloomington Kennedy won thanks to an overtime goal from Jesus Ciriaco Mundo. The Eagles ended a 25-season drought since their last section title.

A hat trick from Orono’s Andy DeWitt fueled a 4-0 section title. If Bazil has his way, the Spartans could still be in pursuit of an unofficial state championship.

“I’ve been texting and messaging captains on the other Class 1A teams that won their section,” he said. “We might set up our own informal state tournament.” 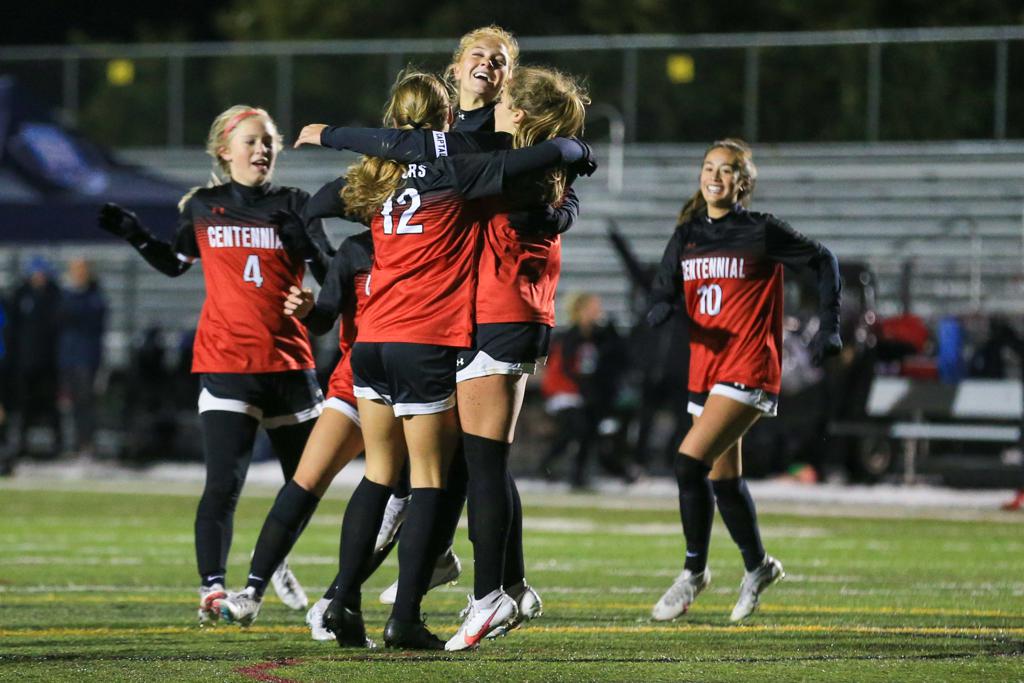 Centennial players celebrated after teammate Khyah Harper scored on a penalty kick early in the second half against Blaine in the Class 2A, Section 7 on Oct. 22. Photo by Jeff Lawler, SportsEngine

Tess Bazil, Jamie’s sister, scored as Orono repeated as Section 6 champions. The Spartans would have entered the state tournament with redemption on their minds after falling short in the Class 1A championship game last season.

On the other end of the experience spectrum, Winona Cotter claimed its first section title to cap a 14-0 season. Also unbeaten were Holy Angels (13-0) and Waconia (13-0-2).

In Class 2A, defending state champion Maple Grove overcame an 0-3 start to the season by winning the Section 8 title. In fact, the Crimson bookended the season with a loss to Rogers and then a payback victory.

In Section 2, Minnetonka won its third consecutive postseason meeting with Lake Conference rival Edina. The Skippers’ 2-0 victory in the section final eased the sting of two regular season losses to the Hornets.

Section 7 champion Centennial received three clean sheets from the defense and goalkeeper Jenna Lang. And the Section 4 champs from Stillwater (13-0-1) did not lose a game this season.

Though her team was eliminated, Edina coach Katie Aafedt hoped for a state tournament. She unsuccessfully lobbied the high school league on behalf of coaches and then watched as a parent group got achingly close to success.

“It’s too bad because a lot of thought and planning had come from a place of really good intentions,” she said. “To see it fall apart in the 11th hour was tough.”