Thomas Bump scored a pair of second-half goals to lift the Minutemen to victory. 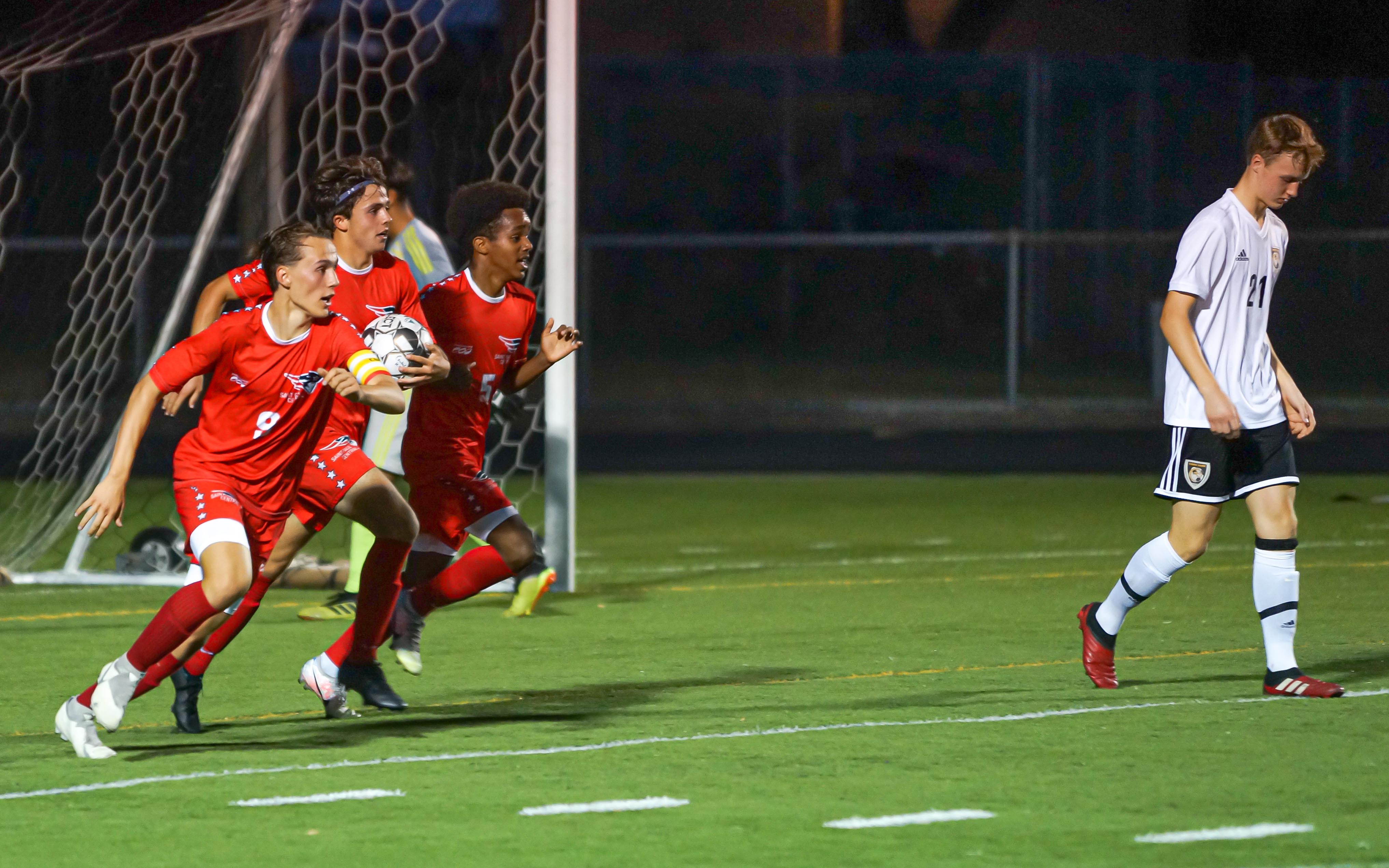 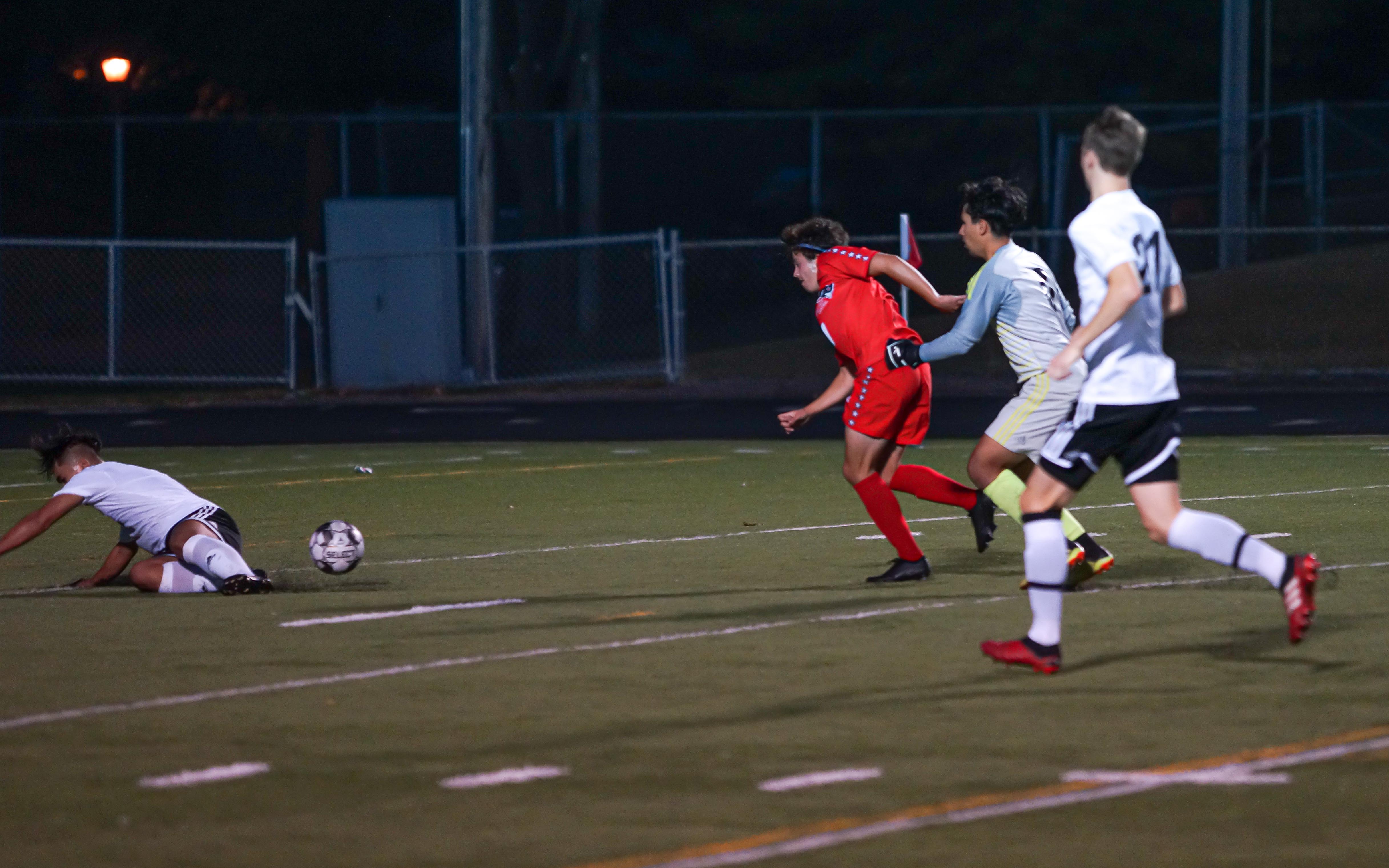 St. Paul Central's Dylan Barrett (red) gathers his own rebound off a Cougars defender to net the first of four unanswered goals for the Minutemen Tuesday evening. Photo by Korey McDermott, SportsEngine

Respect for their opponent and being prepared to dominate in the second half is what St. Paul Central coach David Albornoz preaches to his team on a daily basis. It’s an approach that’s paid dividends in the past, and this year has proven no different as the Minutemen (7-0-0, 6-0-0) have yet to lose a match this season.

“We’ve gone to state in back-to-back seasons and it’s the intensity we see in our city games that prepares us,” Albornoz said. “It’s a challenge, because it demands our best, but I’m grateful for it. Games of soccer are won in the final 20 minutes of the second half and we put our players through a strenuous fitness program so that everyone is ready for their moment to shine.”

Both respect and taking control in the second half came in handy in the Minutemen’s second matchup this season against St. Paul Como Park (4-4-0, 3-3-0), as the Minutemen, ranked No. 2 in the Class 2A coaches’ poll, tallied a pair of second-half goals at Bakken Field in St. Paul on Tuesday to finish coming back from a two-goal deficit to seal a 4-2 triumph over their intracity rivals.

“We played our way, and that brought us back,” said Thomas Bump, a senior who scored both second-half goals for Central. “We kept talking, and didn’t get discouraged and kept pushing ourselves to be better.” 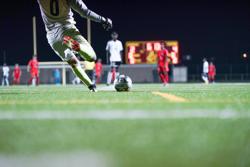 The Cougars were the aggressor more often than the Minutemen through the game’s first 25 minutes of action. That aggressiveness from Como Park paid off midway through the first half, as Hamse Djama and Abdirashid Daud, who are both seniors, beat Central’s sophomore goalie Drew Moseman for a 2-0 lead.

“When we went down 2-0, we knew we had to be more aggressive,” said Minutemen senior Assem Elsayad. “We started to do that and then we got our goals.”

The two-goal deficit didn’t rattle the Minutemen at all.

Dylan Barrett brought a ball in on Cougars’ keeper Emmanuel Molinos Lopez, and after the two tangled up over the ball, Barrett managed to sneak the ball through Lopez’s grasp and outmaneuvered the defender behind him to knock a ball into the net to halve the deficit.

“There aren’t a lot of teams that could come back from 2-0 down,” Albornoz said. “But with the quality of soccer we’re playing we have a lot of ways to win. I told our guys to show some character and get back into it.”

Conditioning kept the Cougars going as the first half wore on. With five minutes remaining before halftime, Elsayad took a perfect pass from Bump and headed it past Lopez to make it 2-2.

“We ran a play that we worked on in practice for that second goal,” Bump said. “That really turned the energy in our favor.”

Bump then tallied a pair of second-half goals, which were the difference-makers. Though the Cougars tried their hardest to not make that the case.

“It’s always a great match when we play these guys,” Bump said. “We knew it would be fun, it would be rough, but there’s no better way to play soccer.”

Two near-misses, several scoring chances, and a penalty shot that was saved by Moseman kept the Minutemen on their toes throughout the second half.

“We by no means won easily,” Albornoz said. “It was a hard game. [Como Park] missed a couple of shots. If we had allowed a goal to make it 4-3, that would have changed the game and put pressure on us in the last 10 minutes.”

The Minutemen, ranked No. 2 in the Class 2A coaches’ poll, were on the defensive during much of the first half, resulting in the Cougars scoring the game’s first two goals. The first tally came via a header from senior forward Hamse Djama and the second goal was scored by Abdirashid Daud.

St. Paul Central cut the deficit to 2-1 on a shot by junior midfielder Dylan Barrett. Assem Elsayad knocked in the second Minutemen goal, tying the match at 2 prior to halftime.

Emmanuel Molinos Lopez made eight saves for the Cougars (4-4-0, 3-3-0) and his counterpart Drew Moseman made five saves for St. Paul Central, including one on a late penalty kick. 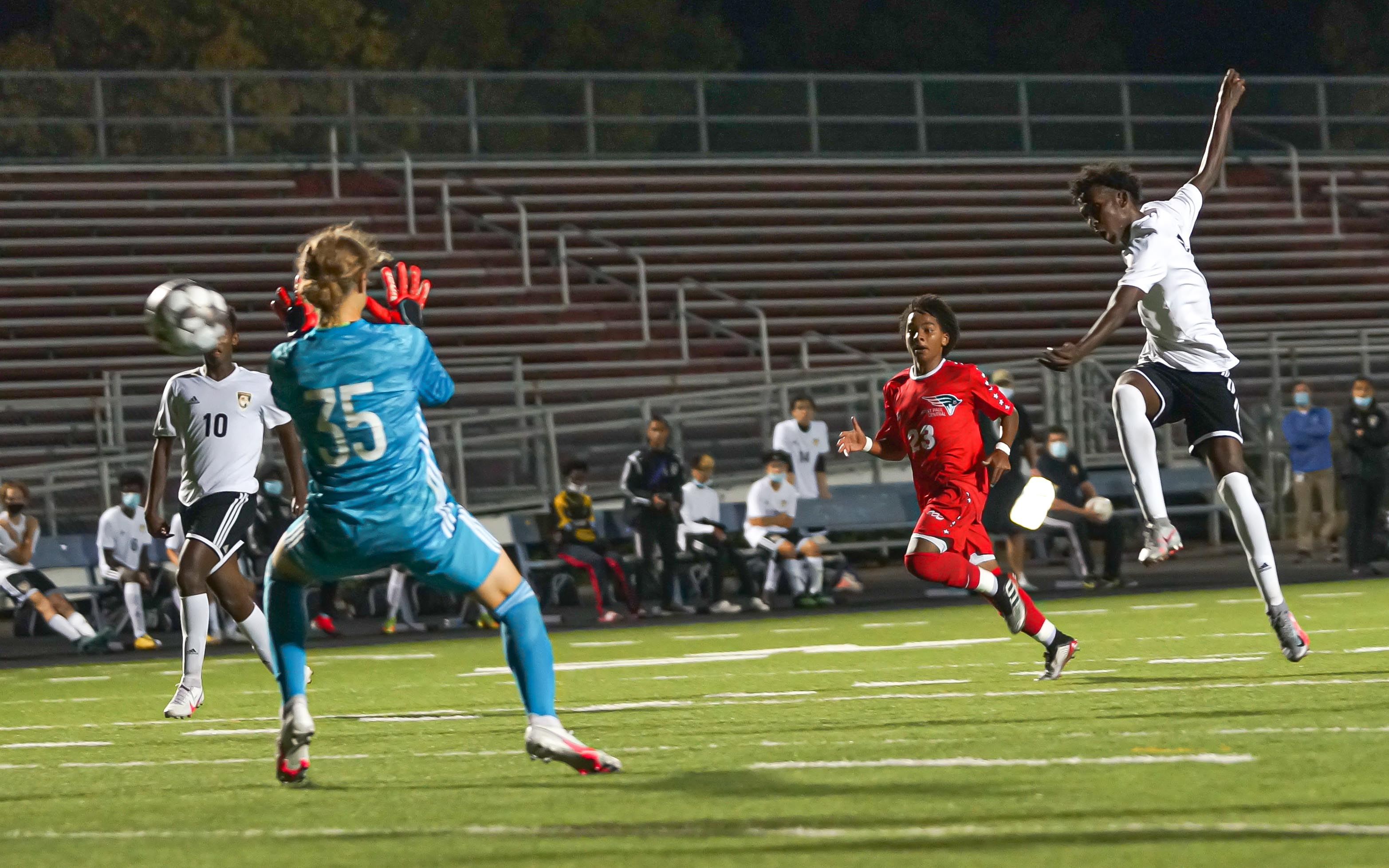 St. Paul Como Park's Hamse Djama with a shot that beat St. Paul Central goaltender Drew Boseman, but hit the crossbar instead of the back of the net. Djama did have one of two Cougars goals. Photo by Korey McDermott, SportsEngine