What passes for a full house in the COVID era is expected for the battle of Lakeville schools. Prior Lake is seizing the rare Friday game opportunity to hold its senior night. 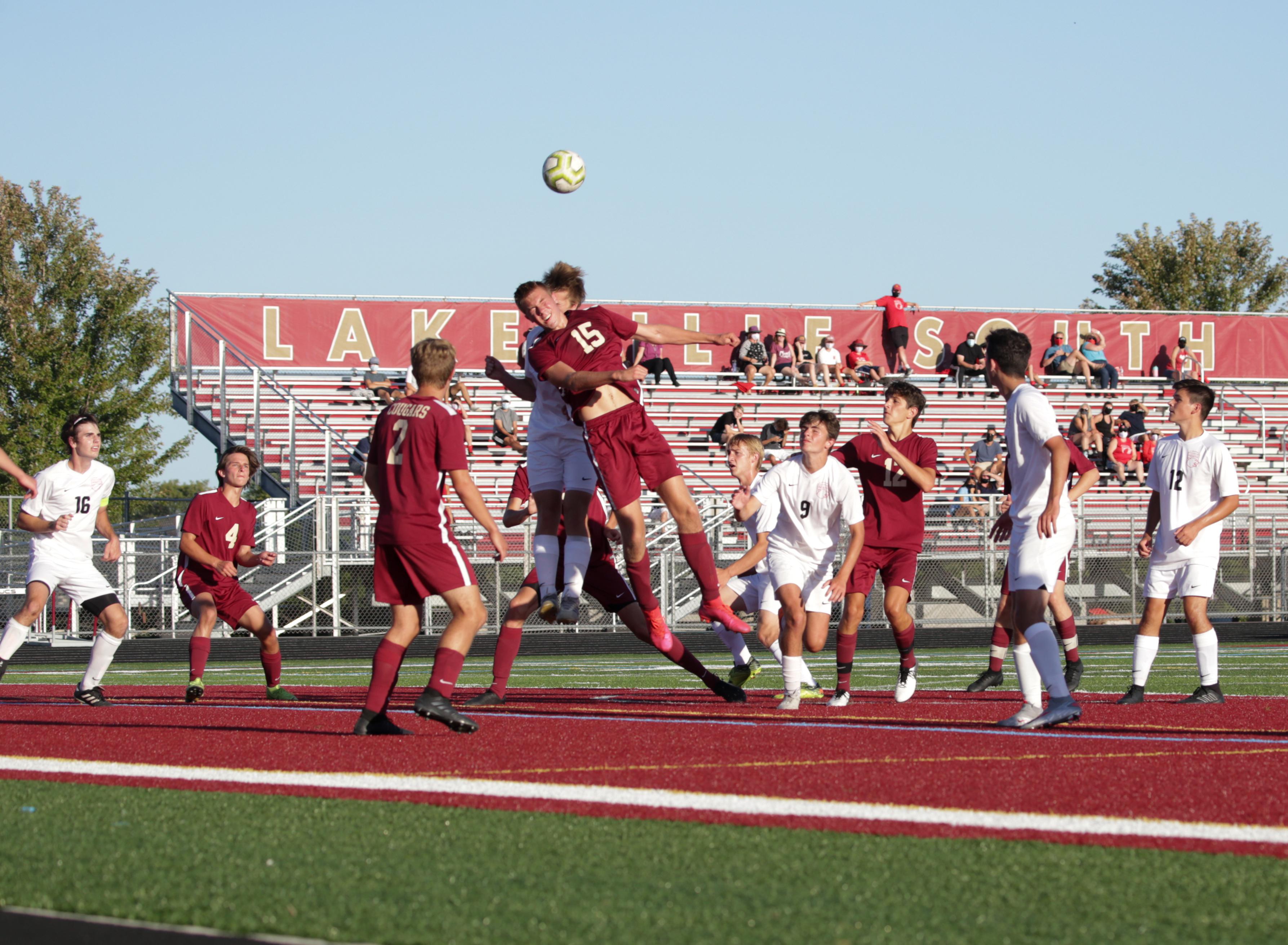 Friday night lights will take on a much different look tonight in Apple Valley, Lakeville and Prior Lake, where football will be replaced by fútbol.

Eight games in the South Suburban Conference will be held at high school stadiums that normally would host football games on the premier prep sports night of the week.

“It’s cool soccer gets to play Friday night. That is really neat,” said Shakopee athletic director Matt Hanson, who oversees soccer scheduling for the conference. “It would not have happened if we had football.”

How soccer came to fill the void owed partly to COVID but even more to an officials crunch.

The pandemic prompted the Minnesota State High School League to push back the football season to the spring. Thursday and Friday would have marked the season openers for most teams around the state.

The league also shortened the soccer season from 16 games to 11. The South Suburban Conference basically moved what would normally have been its final week of the season — full of conference games — into the first two weeks to replace nonconference games.

South Suburban teams usually play on Tuesday and Thursday, but its normal days weren’t available this week due to a lack of officials. They countered by switching to Wednesday and Friday.

“We work with two associations for officials,” Hanson said. “When we proposed going Tuesday and Thursday, that would have slammed them. We couldn’t do that to them. We were being proactive.”

On a night when the girls’ games will be followed by the boys, the marquee matchup features Lakeville crosstown rivals South at North.

“Some of that was by foolish luck,” Hanson said. “There wasn’t a plan to have it like that. 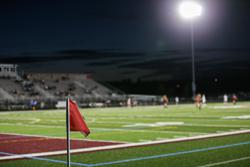 The schools played each other on Wednesday night at South, with the boys playing to a 1-1 draw before the North girls shut out South 2-0.

“We get a chance to be the focal point on a Friday night, which is generally reserved for the football crowd,” said Lakeville North girls’ coach Brian Lehman, whose team plays at 5 p.m. before the boys’ teams kickoff at 7:15 p.m. “We get to be the community billing that night.”

The pass list of spectators for the game (125 for the home team and 75 for the away squad) was filled early this week. Both school filled their requests for Wednesday’s games, too. The league has limited attendance for soccer games to 250 people or 25% of capacity, whichever is less.

“It will be a fairly robust crowd,” Lehman said “We know we will have some people up in the hills watching in the trees and their lawn chairs. It brings an exciting atmosphere in itself, going to any length to catch a good rivalry match.”

Other games, featuring boys’ and girls’ teams, include Shakopee at Apple Valley, Farmington at Eastview and Eagan at Prior Lake. The Lakers have moved their “Senior Night” to take advantage of the occasion.

It will be the first game for the Eagan girls’ team, which returned to practice this week after the school shut down the program for two weeks due to a COVID-19 positive test.

“We know it’s not going to be a social event like a Friday night football game,” Prior Lake boys’ coach Mike Shebuski. “We’re not under the impression that we’re replacing a football game. With the attendance stuff that is in place would make that tricky.”

Some teams aren’t as fortunate, however.

At Griffin and Highland Park stadiums in St. Paul, the stands will be empty when Central plays conference rival Harding in a boys’ game while Highland Park will host Washington in a girls’ tilt. With its schools using only distance learning, the St. Paul City Conference isn’t allowing any spectators for soccer games.