See who made the first and second teams in Class 1A and Class 2A. 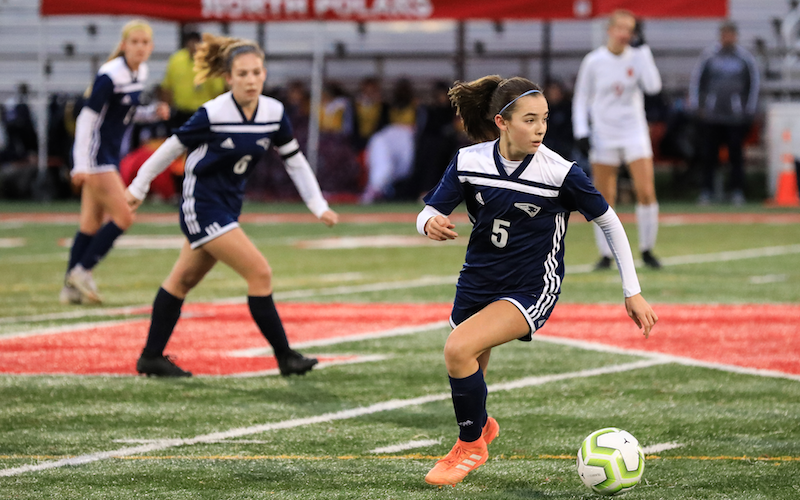 Champlin Park midfielder Paige Kalal was the lone freshman to be named to the 2019 Class 2A girls' all-state first team. Kalal finished the regular season with 14 goals. Photo by Cheryl A. Myers, SportsEngine

In her first season of high school girls' soccer, Champlin Park midfielder Paige Kalal stood out as one of Minnesota's best, recording 14 regular-season goals and seven assists for the Rebels, who finished the regular season 14-0-1.

Kalal was the lone freshman selected to the Class 2A all-state team — and only one of two ninth-graders receiving statewide honors in the 2019 all-state teams, which were announced last week. The other ninth-grade honoree, Mankato East's Ella Huettl, was named second team in Class 1A.

The list of all-state players, compiled by the state's coaches' association, spotlights some of the best talent in Class 1A and Class 2A. Players are nominated by coaches and voted on by a selection committee.

Orono senior Clare Gagne and Mahtomedi's Megan Lisowy, who went head-to-head as goalkeepers in last years' Class 1A state championship game, both made first team all-state in Class 1A.

View the tables below to see who else made the first and second teams in both classes.