A goal by freshman Nora ''Scora'' Chouanard seconds before halftime combined with the Spartans' defense, which hasn't allowed a goal in 10 games, to produce the win. 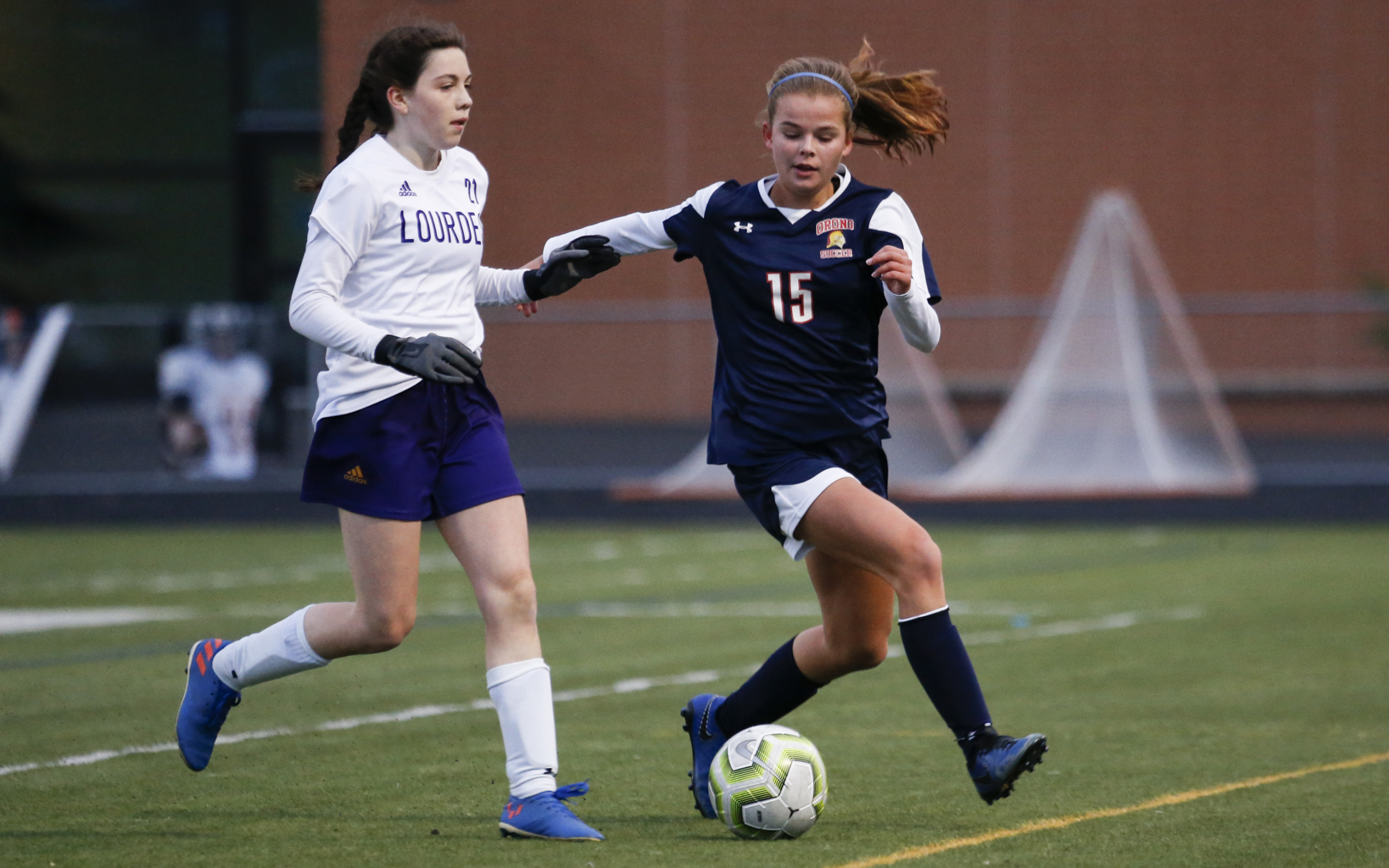 Orono’s Nora Chouanard (15) races after a loose ball as Rochester Lourdes’ Grace Buntrock (21) pursues. Chouanard's late first-half goal was the difference in the Spartans' 1-0 victory in the Class 1A quarterfinals. Photo by Jeff Lawler, SportsEngine

“She’s so good about being in the right spot and reading where those balls are going to be,” coach Erin Murray said. “I think that her and Tesar have a really good connection on that.” 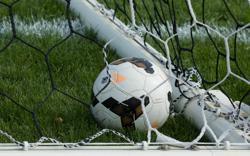 The duo made a connection with 7 seconds left in the first half for the team’s lone goal in a 1-0 victory over Rochester Lourdes in the Class 1A girls’ soccer quarterfinals Wednesday at Farmington High School.

Tesar dribbled the ball around a few Lourdes players, found an open lane and slid the ball along the ground from the corner. Lourdes goalkeeper Paige Gallaugher dove for it but missed. Chouanard was there to put the ball into the open net.

Before the goal, Murray said, she was thinking about calming her team down at halftime, after seeing them play sloppy and panicked in the first half.

“Then there’s that huge rush of energy,” Murray said. “So we wanted them just to be excited and positive.”

Senior goalkeeper Clare Gagne, a Star Tribune All-Metro first team selection, earned her 14th shutout of the season. She entered the state tournament with a 0.32 goals-against average. The Spartans have allowed just 7 goals all season.

The loss for Lourdes (15-4-1) marked their third consecutive defeat in a state quarterfinal. 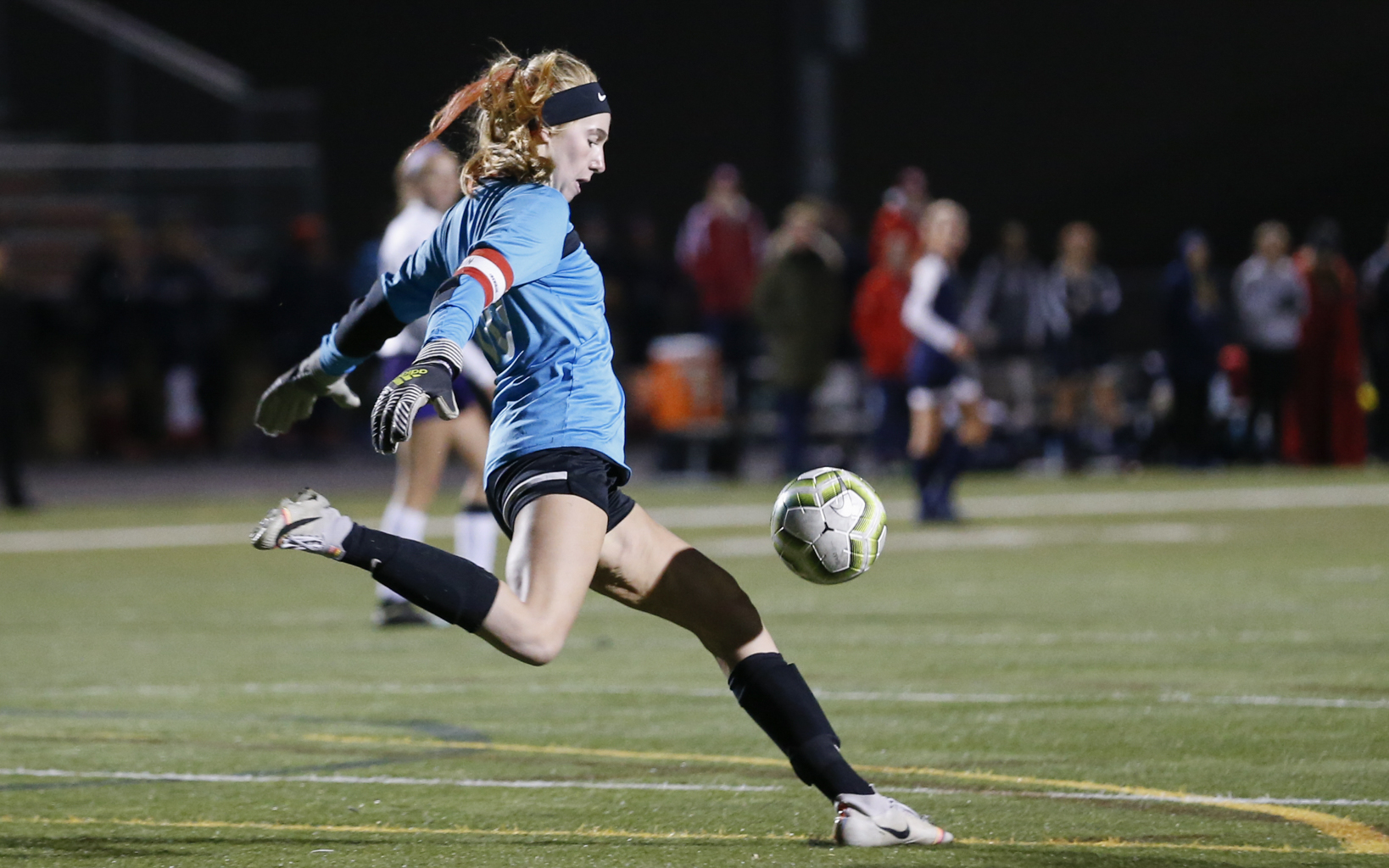 Orono goalkeeper Clare Gagne (0) steps into a kick against Rochester Lourdes. Gagne posted a shutout in the Spartans' 1-0 Class 1A quarterfinal victory at Farmington High School on Wednesday. Photo by Jeff Lawler, SportsEngine

Orono freshman midfielder Nora Chouanard scored with 7 seconds left in the first half for a 1-0 lead.

It held up for the No. 3-seeded Spartans as they defeated Rochester Lourdes by that 1-0 score in a Class 1A girls’ soccer quarterfinal Wednesday at Farmington High School.

As Orono senior Anna Tesar took the ball down the sideline, she slid it along the ground from the corner when she was about even with the goal line. Lourdes (15-4-1) goalkeeper Paige Gallaugher dove for the ball but missed. Chouanard was there in front to put the ball into the open net.

Orono (17-3-3) hasn’t allowed a goal in the past 10 games and has 14 shutouts this season. Senior Clare Gagne got the victory.