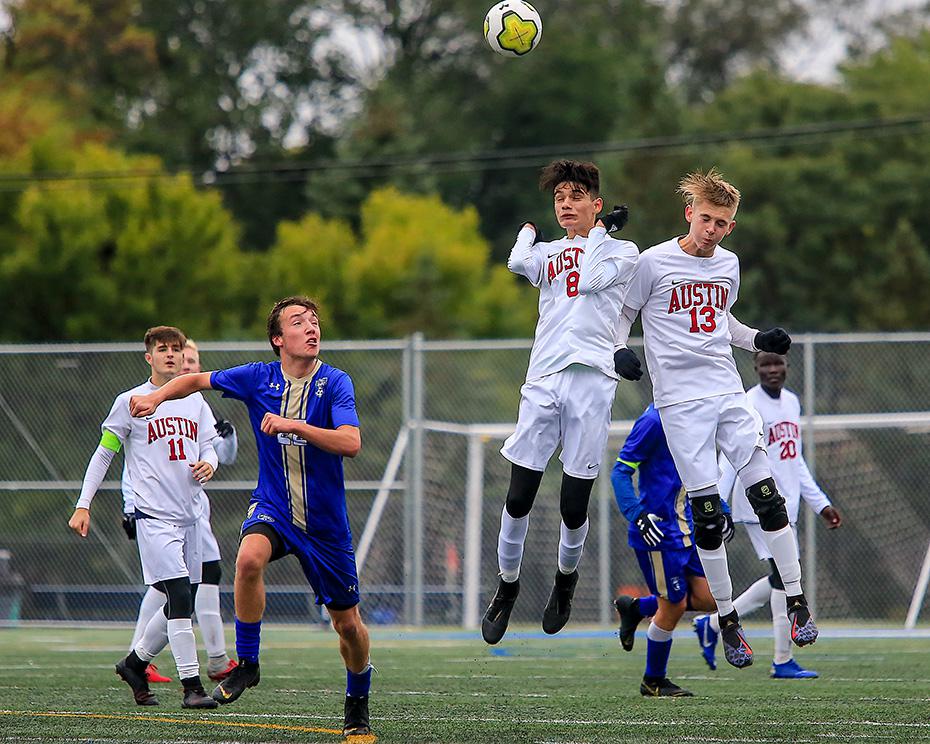 Will Lehnherr and Jack Michie made the most of senior day for unbeaten Holy Angels.

The Stars’ senior goalkeepers combined for a shutout in a 1-0 win over Austin in Richfield on Saturday afternoon.

“It was tough losing in the third-place game like that, especially in the last 30 seconds,” Michie said of his team’s tourney defeat a year ago. “It was good to win today.” 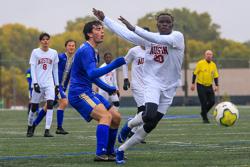 “I think we played well,” Berg said. “We were just unlucky.”

Neither Lehnherr nor Michie have logged the majority of minutes in goal for the Stars, who are ranked No. 1 in the Class 1A coaches’ poll, this season. That role belongs to junior goalkeeper Peter Forseth, who also started regularly last season.

“We’re really supportive of each other no matter who starts,” Lehnherr said. “He (Peter) pushes me to work harder, and it pushes him to work harder. I also want what’s best for the team, so if that means he starts, I’m completely OK with that as long as we go as far as we can.”

Lehnherr and Michie said having three goalkeepers helps each other learn since they give each other feedback on each other’s game. Lehnherr doesn’t plan to play soccer in college while Michie may play at a Division III school.

“It’s tough competition,” Michie said of the Stars’ goalie group. “We’ve got one of the best goalkeeper depths in the state.”

“The defense locked them down,” Lehnherr said. “They weren’t able to create very many opportunities.”

Berg kept the Packers (11-2-2, 9-0-2) knotted at 0-0 with a couple clutch saves. He slid for a save early in the game and later stopped a direct shot by sophomore midfielder Aidan Smith.

Austin picked up its aggressiveness in the second half but only came away with three shots on goal.

“We just had our opportunities, but we missed them,” Packers junior midfielder Henry Tolbert said.

Tolbert created a couple opportunities, but Stars defenders broke up a breakaway he had, and Michie later stopped him on a shot, when they collided into each other and Michie left the game afterward.

Lehnherr finished the game but never saw a shot, while Michie finished with three stops.

The score remained 0-0 until the 62nd minute when Hermanson beat the Austin goalkeeper in a  one-on-one showdown with a top shelf goal. Stars senior midfielder Dominic Sobhani assisted on the tally.

“We knew it would be tight, and that’s the way that it fell today,” Packers coach Jens Levisen said. 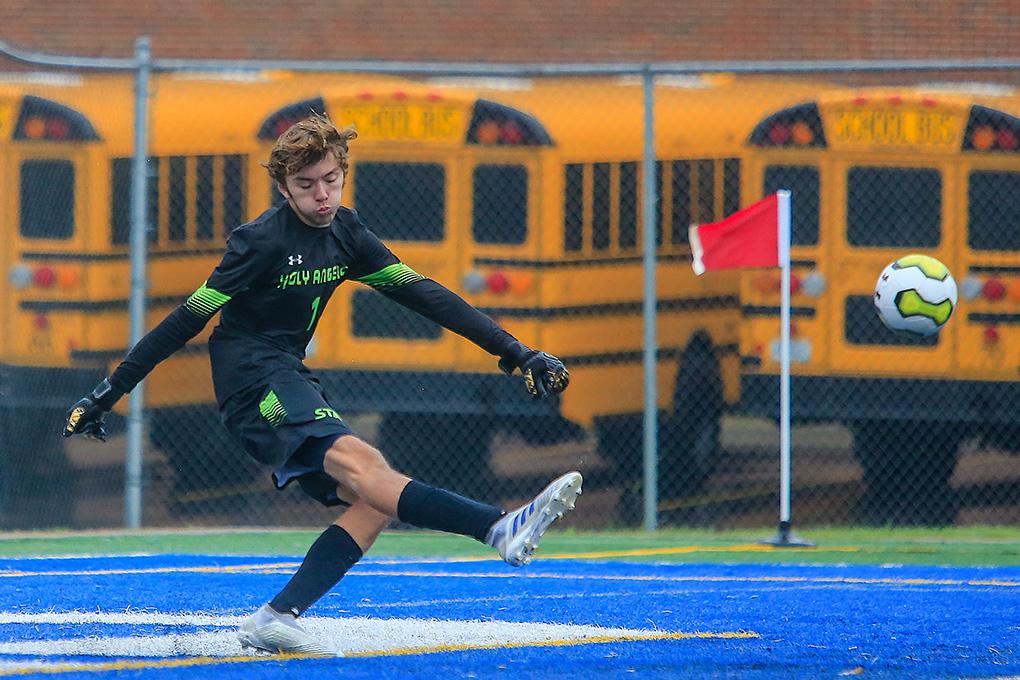 Holy Angels senior goalie Jack Michie took a goal kick in the second half. Fellow senior Will Lehnherr played the first half in goal as junior starter Peter Forseth got the day off. Photo by Mark Hvidsten, SportsEngine

Sophomore attacker Carter Hermanson scored the game-winning goal for Holy Angels, elevating the Stars to a 1-0 defeat of Austin in Richfield on Saturday afternoon.

Goalkeeper Casey Berg, who earned the 1-0 shutout of the Stars in last year’s third-place game, had seven saves for No. 5-1 Austin in Saturday’s loss.

Hermanson’s goal came in the 62nd minute when he beat the Austin goalkeeper one-on-one with a top shelf blow. Stars senior midfielder Dominic Sobhani registered an assist on the tally. 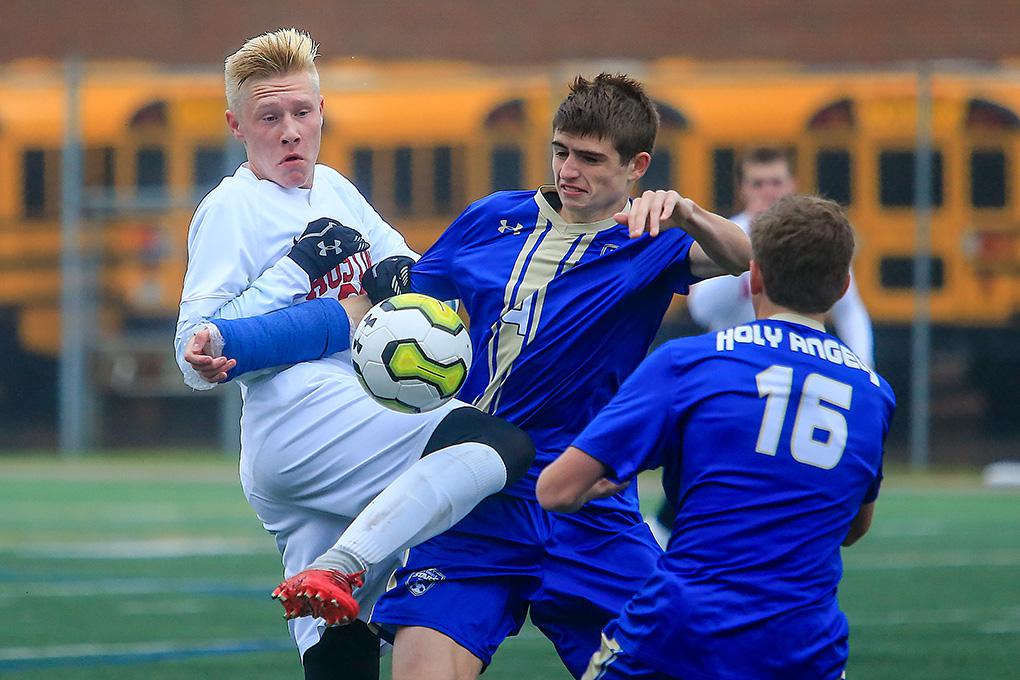