See who was named to the Class 2A and Class 1A squads. 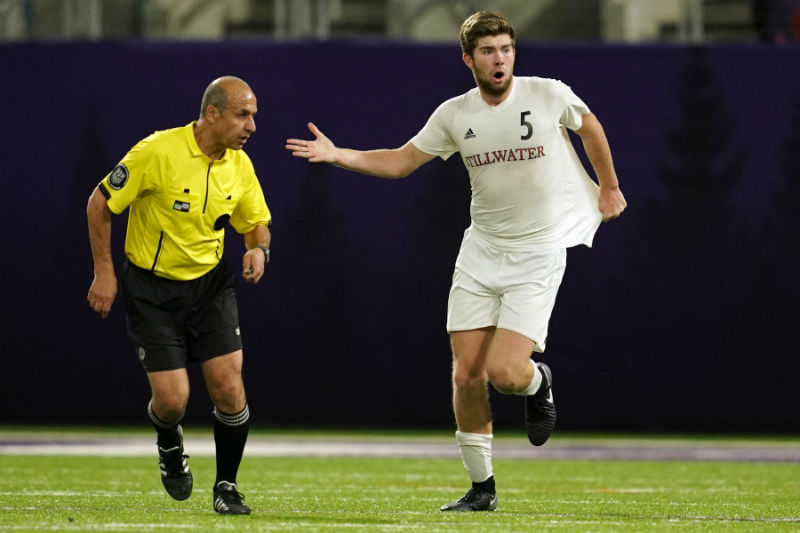 Stillwater and Duluth East headline this year’s list for those selected to the Class 2A all-tournament team, with each squad garnering four selections.

The Ponies defeated the top-seeded Greyhounds 2-1 in overtime at U.S. Bank Stadium Friday to claim the Class 2A title for the second time in three years. Stillwater lost to Wayzata 2-0 in last year’s tourney final.

Stillwater senior midfielder and Mr. Soccer finalist Logan Huber is joined on the all-tournament squad by teammates Ethan Kilmer and Nicholas Purdie, both junior midfielders, and senior goalkeeper Rayce Johnson. Huber notched a first-half goal against the Greyhounds, while Johnson made four saves in net.

For Duluth East, attackers William Francis and Joey Sertich were selected to the all-tournament team along with fellow senior Seth Hoffman, a midfielder and Mr. Soccer finalist, and keeper Oliver Hasler, who had seven saves in the title game against Stillwater.

Blake and Bemidji, which played in the Class 1A championship earlier that day, each have four honorees. The Bears beat the Lumberjacks 1-0 to clinch their crown and are represented by an all-senior group consisting of keeper Will Taylor, attacker Will Mortenseon, midfielder Jake Lundberg and defender Haluk Ercan-Fang.

This year’s all-tourney teams, presented by Wells Fargo, were selected by a panel of coaches. See the tables below to see a complete list of who was selected in each class.