Girls’ teams from Eagan and Mahtomedi will be trying for their second consecutive state titles in Class 2A and 1A semifinals starting Tuesday at U.S. Bank Stadium. 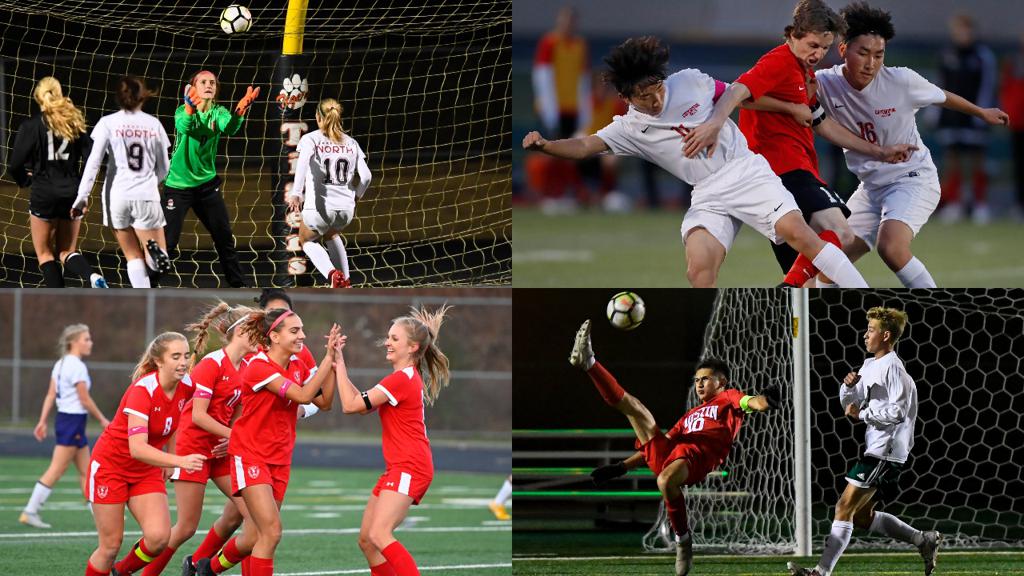 New champions are assured in both classes of boys’ soccer while the top seeds in girls’ soccer — Eagan in Class 2A and Mahtomedi in Class 1A —are back to defend their state titles. The semifinals start Tuesday at U.S. Bank Stadium with the girls’ 2A matches in the morning followed by the 1A girls and 1A boys. Semifinals for the 2A boys are Wednesday. The top boys’ seeds are Duluth East in Class 2A and Blake in 1A. Championship games in all four classes are Friday. A look at the matchups:

Minnetonka at a glance: Senior Grace Weisman has assisted on 15 of Minnetonka’s 30 regular-season goals. Senior Annika Muller leads the team with seven goals on the season. Goalkeepers Paige Kahlmeyer, a senior, and junior Olivia Graupmann have posted nine shutouts this season.

Wayzata at a glance: Six players have scored five or more goals this year. Senior Lily Gilbertson, a Ms. Soccer finalist, has assisted on 17 goals this season and sophomore Abby Brantner has scored 10. Senior goalkeeper Madison Lo has 10 shutouts.

Stillwater at a glance: The Ponies’ strength is defense. They’ve given up only eight goals all season, and senior goalie Evie Kohn has 14 shutouts. Senior Halle Peterson scored four goals in section play, and senior Megan Howard leads the team with 12 goals this season.

Mahtomedi at a glance: Junior forward Audrey Sexson, a Star Tribune All-Metro second-team selection, powered the No. 1 seed Zephyrs through the quarterfinals with two goals, one in each half. Her fourth-minute goal against Bemidji sparked a 6-0 victory.

Holy Angels at a glance: The Stars typically play a possession style game but with some players out injured, it’s about survival and “just grinding it out,” coach David Marshak said. They’re solid defensively, especially with senior Greta Forseth in net, and have 15 shutout victories this season.

Benilde-St. Margaret’s at a glance: Ms. Soccer finalist and senior midfielder Amanda Cassidy started strong in her third state tournament with a goal and assist in the quarterfinals. Senior goalkeeper Anna Pohlen has 10 shutouts.

Orono at a glance: Junior goalkeeper Clare Gagne, an all-state second-team selection, has 37 career shutouts. The Spartans also have offensive forces in senior forward Sarah Johnston and junior forward Anna Tesar, who have a combined 37 goals.

When: Noon on Wednesday

Duluth East at a glance: Senior forward William Francis is the top scorer for the Greyhounds, whose last loss came in the Class 2A semifinals in 2017. He scored two goals in their 4-2 quarterfinals victory over Centennial. Senior midfielder Seth Hoffman has four goals and three assists in his past four matches.

Stillwater at a glance: Senior midfielder Max Stauffer has scored eight goals in the past 10 games, including one in the Ponies’ 2-1 quarterfinal victory. Logan Huber and Spencer Scott — both Star Tribune All-Metro first team selections — have scored a combined 28 goals for the Ponies this season.

St. Paul Central at a glance: Junior goalkeeper Owen Brooks has yet to give up a goal in three section playoff matches and one state tournament contest. The only game the Minutemen haven’t won this year was a 3-3 tie against Stillwater in August.

Blake at a glance: Senior attack Haluk Ercan-Fang and senior midfielder Jake Lundberg give the Bears a potent offense with a combined 25 goals. Senior goalkeeper Will Taylor has been tough to beat; he posted a shutout in the quarterfinals.

Holy Angels at a glance: The Stars are dangerous on set pieces, scoring both goals in the quarterfinals on headers from corner kicks. Junior Porter Ball had a goal and assist. Stars captain Conor O’Rourke, a junior defender, also scored. They haven’t reached a title game since 2001, when coach James See was a freshman on the team.

Bemidji at a glance: Junior Silas Hess has 19 goals this season, including his game-winner in the quarterfinals. His twin brother Ben, who has eight goals, supplied the assist. Junior midfielder Ethan Mock, who has 12 goals, also supplies offense for the Lumberjacks, the only unseeded team in either class or gender to reach the semifinals.