The Spartans got first-half goals from Anna Tesar and Riley Prueter to advance to the semifinals. 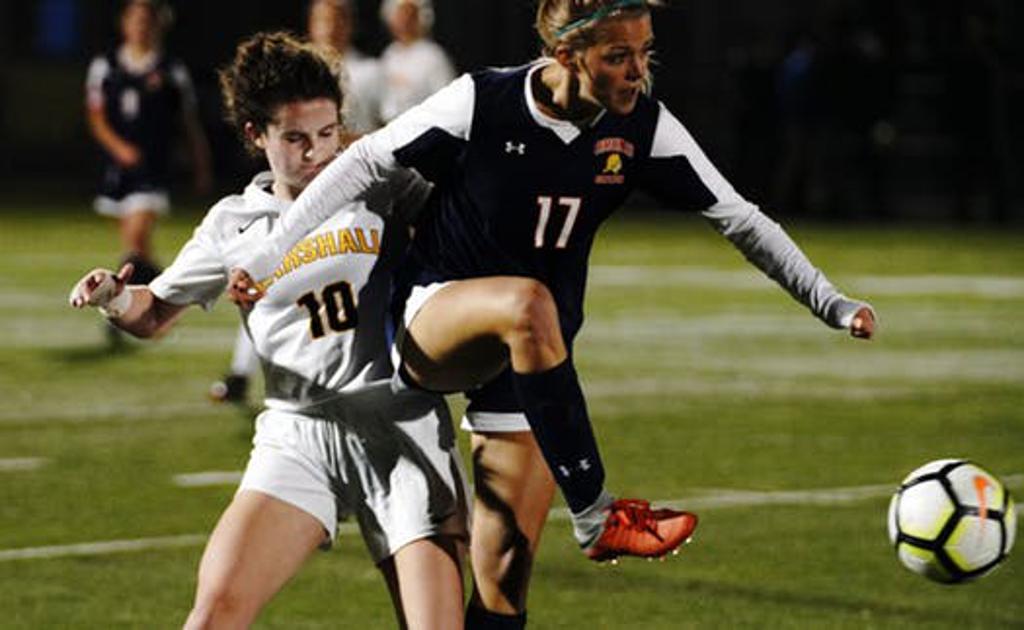 Orono won a defense battle against Duluth Marshall 2-0 on Wednesday in a Class 1A quarterfinal game at Chisago Lakes High School.

With just over 13 minutes left in the first half, Anna Tesar turned and lofted a shot toward the Hilltoppers’ goal. The shot sailed off the underside of the crossbar and over the hands of Hilltoppers goalkeeper Natalie Welinski.

Moments later, Reiley Prueter extended the Spartans’ lead to 2-0. She got her head on a crossing pass and directed it past Welinski. 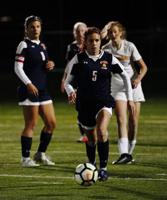 “I actually imagined that in my head,” Prueter said. “I was like, ‘I need to take a header’ and (the ball) came right to my head. So, I just flicked it in and thankfully, it went in.”

The second-seeded Spartans came close to scoring again when Sarah Johnston’s shot glanced off the far post on a partial breakaway with just over a minute left in the first half.

The Hilltoppers (14-6-1) had their best scoring opportunity with just over 20 minutes left in the second half. Victoria Thorson received a penalty kick, but had her shot deflected off the crossbar and over the net by Spartans goalkeeper Clare Gagne.

The Spartans (17-2-1) limited the Hilltoppers to just three shots on goal, including one in the first half. Led by junior defender Ally Swenson, they intercepted or cut off most of the Hilltoppers’ passes through the middle of the field.

“Ally is always important for us,” Spartans coach Erin Murray said. “She is super speedy. She is not our biggest defender, but we always keep her in the back, especially against fast players. We just know that she will go anywhere on the field and kind of save us.”