Elizabeth Dietzen and Amanda Cassidy combined on the scoring of two of the Red Knights' goals in a 3-0 victory. 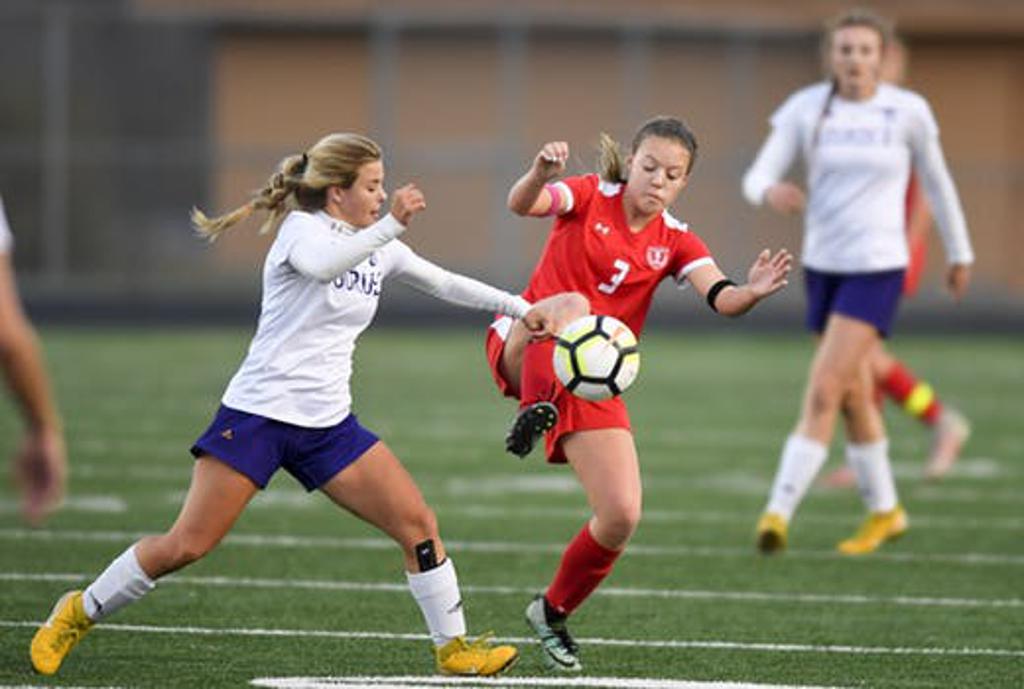 Amanda Cassidy had been in freshman forward Elizabeth Dietzen’s position once as a ninth-grader for Benilde-St. Margaret’s in the Class 1A girls' soccer state tournament.

Dietzen looked at home as she and the senior midfielder teamed up for the first two goals in the Red Knights’ 3-0 victory over Rochester Lourdes in the quarterfinals at Prior Lake High School. Dietzen scored the first goal of the first half on an assist by Cassidy, who has committed to Division I Chicago-Loyola. Dietzen then found Cassidy for the second goal.

“I knew she could make the shot,” Dietzen said.

The third-seeded Red Knights (14-4-2) controlled possession but Eagles goalkeeper Lauren Nickels settled in. The Eagles (15-2-2) became aggressive offensively in the second half but missed opportunities. That included a close shot on goal opportunity for Eagles senior attack Brittney Gruszynski that got poked away.

“It was pretty frustrating. We always want to get one in,” Gruszynski said.

Benilde-St. Margaret’s answered with a free kick goal by senior midfielder Katie Tucker for a 3-0 lead with 19:40 left in the match.

Dietzen jump-started the Red Knights with the first goal in the Class 1A girls' soccer state tournament quarterfinal match. Cassidy assisted on the first-half goal by the freshman forward, the team's second-leading scorer.

Cassidy, a senior midfielder who leads the team with 19 goals, added a second goal later in the half on an assist by Dietzen. The third-seeded Red Knights (14-4-2) controlled possession the rest of the way until the break. Rochester Lourdes goalkeeper Lauren Nickels settled in, though, and didn’t allow another goal.

The Eagles (15-2-2) became aggressive offensively in the second half but missed opportunities on free kicks and corner kicks. That included a missed header off the crossbar and a close shot on goal opportunity for Eagles senior Brittney Gruszynski.

Benilde-St. Margaret’s answered with sophomore midfielder Sophia Coleman vying for a shot, but she got knocked to the ground, which drew a free kick. Senior midfielder Katie Tucker drilled the free kick for a 3-0 Red Knights lead with 19:40 left in the match.

The Red Knights came into the tournament after a 2-1 upset of Blake (14-4) in the Class 1A, Section 5 championship Oct. 18. Benilde-St. Margaret’s will play in the Class 1A semifinals at 2 p.m. Tuesday at U.S. Bank Stadium.