Eagan, Barger start 2A title defense with a shutout

The top-seeded Wildcats got two goals from Julia Barger in a 2-0 quarterfinal victory over St. Michael-Albertville. 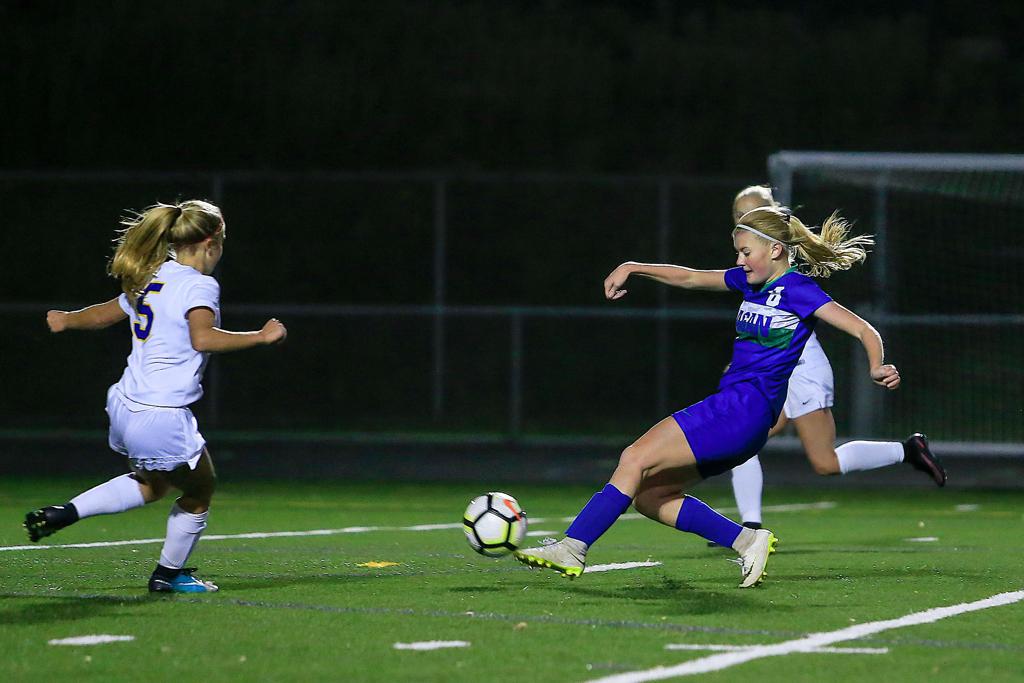 Eagan showed why it is the top seed in the Class 2A state tournament with a dominant 2-0 victory over St. Michael-Albertville on Tuesday in a quarterfinal match at Prior Lake High School’s Dan Patch Stadium.

The Wildcats (17-0-3) possessed the ball in the Knights’ end for most of the game, but were often stymied by Knights sophomore goalkeeper Meriel Orham. Unofficial statistics had Orham making 10 saves. 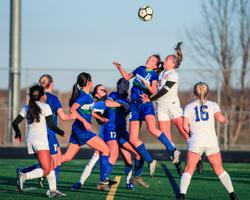 “(The Knights) goalkeeper stepped up huge, making some incredible saves,” Wildcats coach Bulut Ozturk said. “(The Knights) back line won some 50-50s being able to clear those out. We needed that goal to settle in, settle down.”

Julia Barger scored her first of two goals in the game on a rebound tally in the 24th minute. Orham leaped toward the top corner of the net to knock a free kick by Jessica Van Wyk away from the net, but the loose ball found its way to Barger with the open net.

“We had some chances earlier in the game, but couldn’t finish them,” Barger said. “Getting that goal in the middle of the first half motivated us and told us we could score more goals.”

Barger extended the Wildcats lead to 2-0 in the 21st minute of the second half by dribbling around two Knights defenders and firing a shot over the head of Orham.

The Knights (12-5-1) had trouble getting possession of the ball in the offensive end. Their best chance came on a free kick from 30 yards out but Wildcats senior goalkeeper Megan Plaschko leaped to catch it.

“It starts with our goalie,” Barger said about holding the Knights to one shot on goal. “She helps direct everyone.”