Monera McMahon's lone goal proved to be enough for a Scarlets team prepping for the postseason. 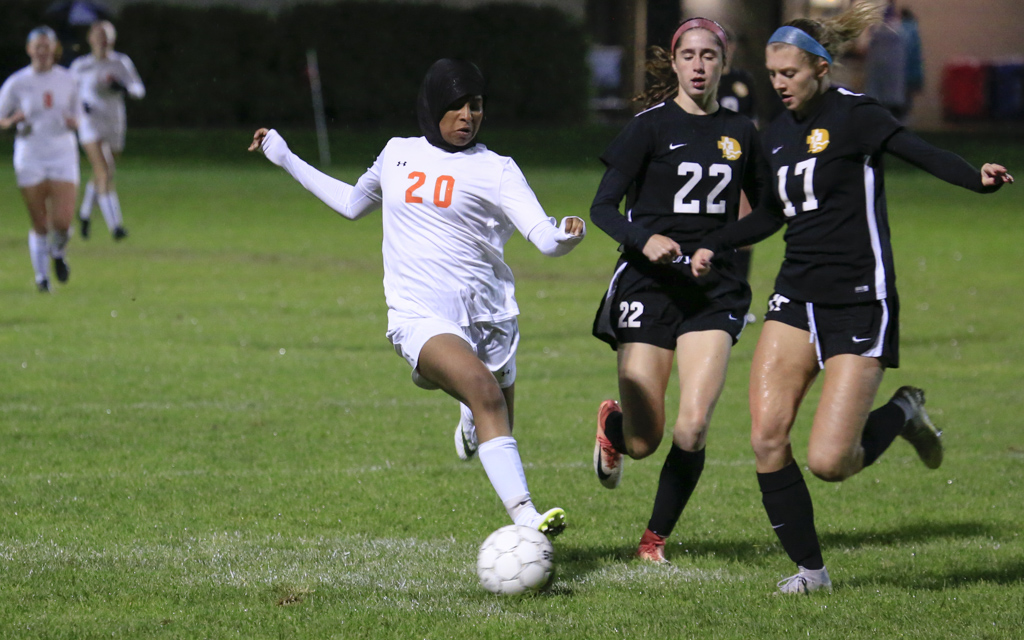 Mankato West's Monera McMahon and two DeLaSalle defenders race for the ball during the second half Thursday night. McMahon tallied the only goal in the Scarlets' 1-0 victory over the Islandsers. Photo by Jeff Lawler, SportsEngine 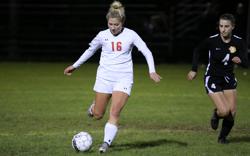 In a battle of two teams that haven’t lost since the end of August, Mankato West traveled over 80 miles on a school night and grinded out a 1-0 victory over DeLaSalle Thursday night.

They aren’t conference rivals and they won’t see each other in section tournaments, but it was a good chance for both the Scarlets and the Islanders to learn from facing a quality opponent right before the postseason starts. The game was cold — 46 degrees at kickoff — and the second half was wet, with rain pounding the field harder and harder.

“If we can train with more wet soccer balls, that’d be great ‘cause figuring out how to play with a wet ball in these conditions, with the skipping around and figuring out how to judge it is an issue,” Mankato West coach Crissy Makela said about the tough, rainy conditions both teams had to play through.

Monera McMahon, a Scarlets forward, scored the match’s lone goal — a well-executed give-and-go with Rachel Ludtke. It was McMahon’s eighth goal of the season, and Ludtke’s team-leading 11th assist.

“We need to learn how to capitalize a little bit better on some of [our] combinations; I think we could’ve played a couple more to try and put us into more open space and build the offense a little bit instead of being so direct,” she said.

Although the Islanders lost, coach Tim McDonald was happy with the way his team played, especially in the second half.

“Regular season, to end the season losing 1-0 to a top ten team in the state, I think that we walk away with some things that we’ve learned that will make us a better team going forward into sections,” he said.

Unfortunately, both teams suffered a key injury during the game.

About 10 minutes into the second half, Luedtke went down for the Scarlets. Makela praised her player for a quality performance — something she’s used to.

“She had a really great game, and she’s had several games like this this season where she’s just literally everywhere on the field and she’s an important part of building the offense. To have her go down is unfortunate,” she said.

Less than five minutes after Luedtke went down, the Islanders lost Maggie Haller. Haller was a constant force for the Islander attack as she had two shots that forced saves from Scarlets keeper Claire Hemstock, while taking on defenders with ease throughout the game. McDonald was impressed with the way his team responded without Haller.

“I think we responded really well. We stayed in the game, we stayed pressing…it’s tough when you have to mentally adjust to a player (going down) who’s been stellar for us up top all season long,” he said. 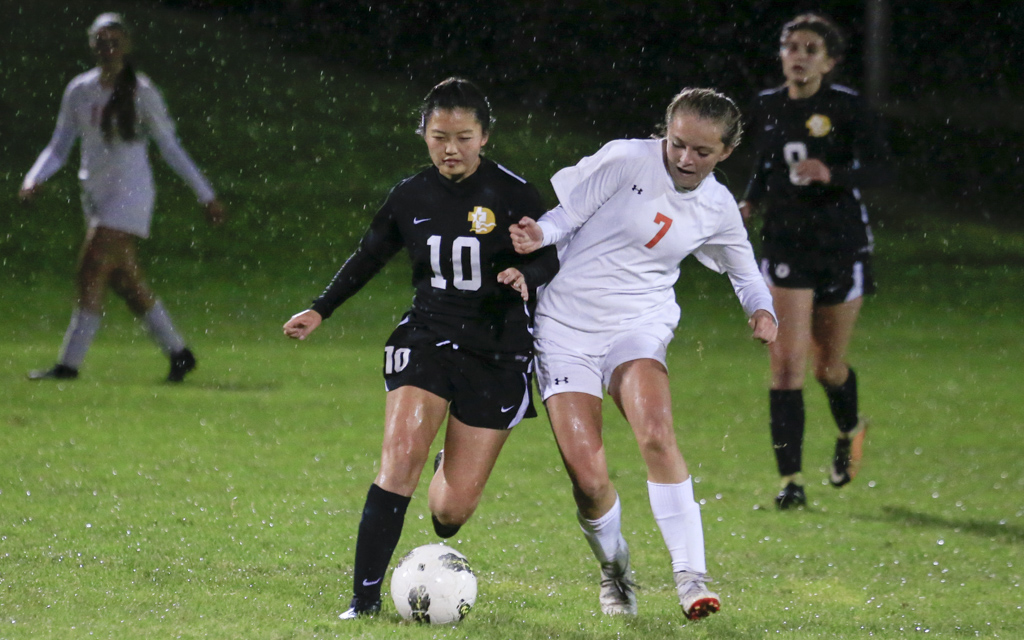 Mankato West’s Monera McMahon scored a first-half goal that proved to be the game-winner in a 1-0 victory Thursday over DeLaSalle.

McMahon subbed in with just over 20 minutes left to play in the opening half. She soon made an impact, when she and Rachel Luedtke executed a perfect give-and-go on the right side of the box, opening up space for McMahon, who was able to find the back of the net. It was McMahon’s eighth goal of the season and Luedtke’s team-leading 11th assist.

Mankato West (13-1-1) closes its regular season with a win over a strong DeLaSalle (9-5-2) program headed into postseason play.

It was 46 degrees at the opening kickoff, with consistent rain in the forecast. The field stayed dry all first half, but rain started falling throughout the second half, making it difficult to complete passes and limiting scoring chances for both teams.

Just 45 seconds into the game, DeLaSalle’s Maggie Haller de-possessed a defender on the edge of the box to set up a chance. Her left-footed effort sailed over the crossbar, and the Islanders never scored. They roll into section play after finishing with a perfect 8-0 Tri-Metro Conference record. 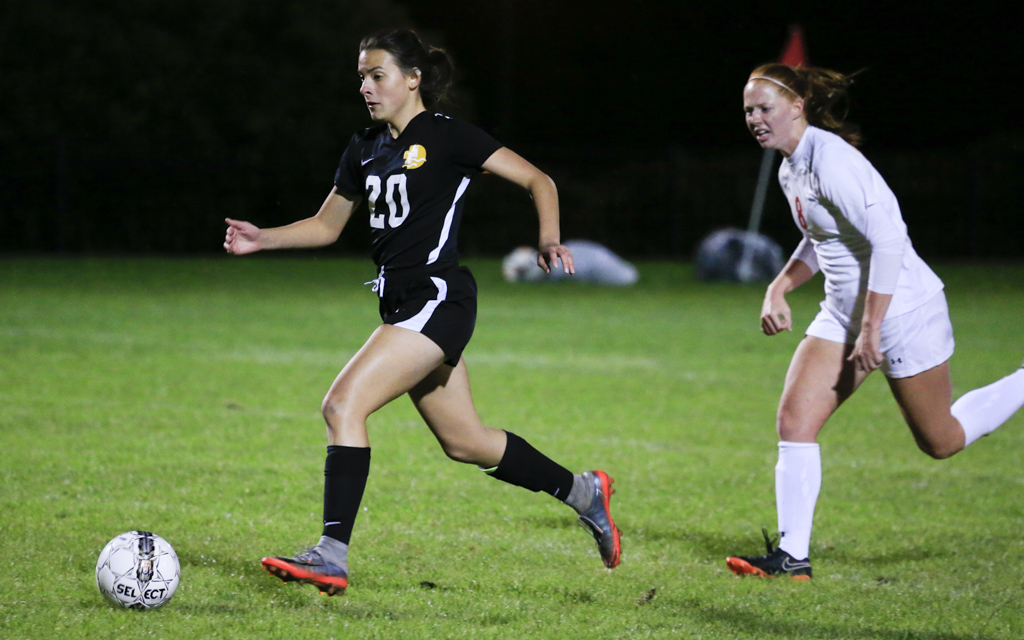