David Benjamin found the back of the net in the waning minutes to keep the Orioles unbeaten in conference play. 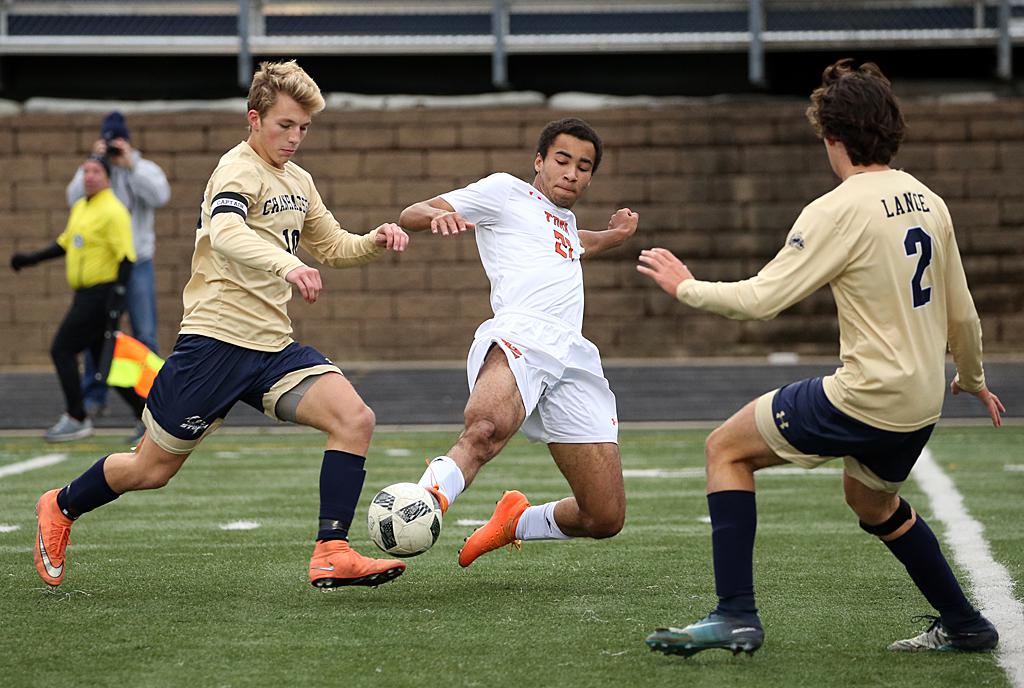 St. Louis Park forward David Benjamin (21) forces a turnover early in the first half. Benjamin scored in the game's 71st minute for a 1-0 win over Chanhassen. Photo by Cheryl Myers, SportsEngine 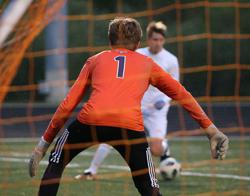 Despite speeding past the Chanhassen defense for a number of opportunities on Thursday, St. Louis Park forward David Benjamin couldn’t find the back of the net.

It was the case for 70 minutes. Benjamin’s runs to the net were stopped for a number of reasons. There were wide shots, good defensive plays by the Storm and offside calls.

But on Benjamin’s final run of the night, he cashed in. The senior scooted the ball past Chanhassen goalkeeper Noah Nielsen and gave the Orioles a 1-0 win over the Storm. St. Louis Park finishes perfect in Metro West Conference play and with a chance for an unbeaten season when they take on Minneapolis Washburn, ranked No. 1 in the latest Class 2A coaches’ poll, in Saturday’s season finale.

“We’ve been very fortunate,” said St. Louis Park coach William Alvarado. “We’ve been very patient and scored a few different times late in the game to win. We just keep having to be patient.”

The Orioles had to be patient on Thursday as they went up against a Chanhassen team willing to clamp down defensively. Throughout the match, the Storm defenders all stood at midfield to make sure St. Louis Park couldn’t get too close to the goal.

Chanhassen’s approach frustrated the Orioles. They’re a team that likes to use their speed, but that speed was neutralized at certain points. St. Louis Park was called offside regularly and that stopped a number of breakaways.

“We’ve seen teams play like that for a couple weeks now,” Alvarado said. “It’s something we’ll probably see from other teams in postseason. It’s pretty common for a lot of these teams to play not to lose.”

While St. Louis Park was looking to push the pace offensively, its defense wasn’t missing anything, either: They didn’t allow a single shot on goal in the second half.

Benjamin has been a key goal-scorer for the Orioles this season, tallying more than eight goals. His key is to be persistent like he was on Thursday.

“Honestly, we’ve been tiring teams out all season,” Benjamin said. “We just have to be patient.” 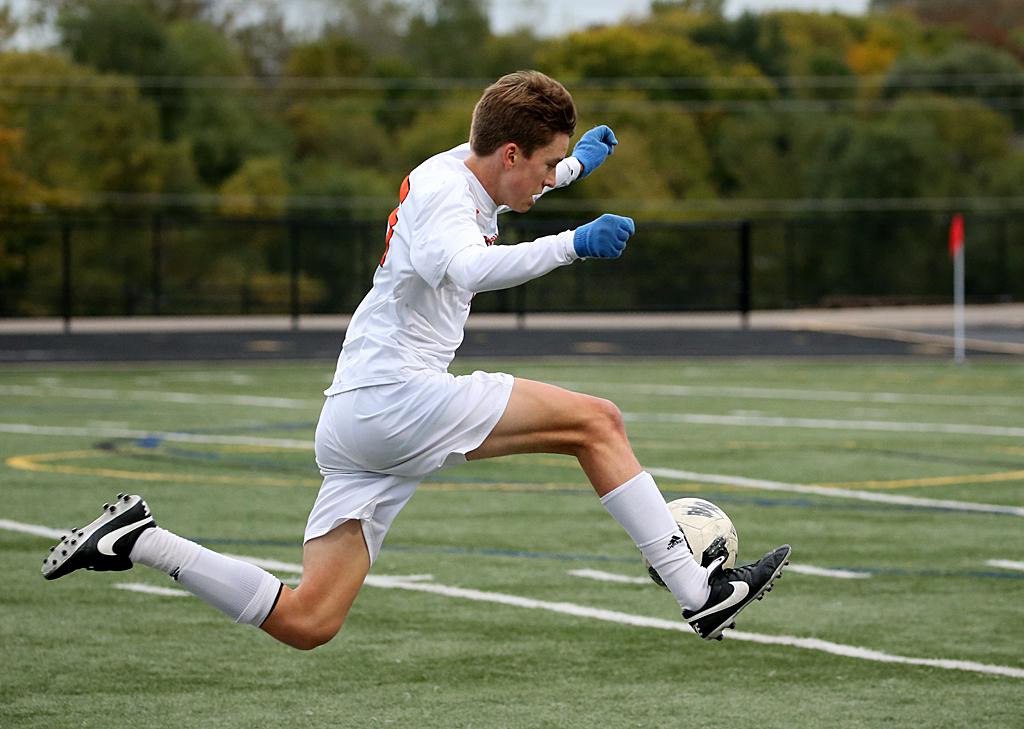 After more than 70 minutes of scoreless play, St. Louis Park senior forward David Benjamin broke the deadlock with a breakaway goal, pushing the Orioles past Chanhassen 1-0 on Thursday.

St. Louis Park (12-0-1, 7-0) set the pace early and forced the Storm to play defense most of the match. Chanhassen junior goaltender Noah Nielsen made nine saves.

With the win, St. Louis Park, ranked No. 5 in the Class 2A state coaches’ poll, captures the Metro West Conference crown. The Orioles will try for a perfect regular season on Saturday against No. 1-2A Minneapolis Washburn. 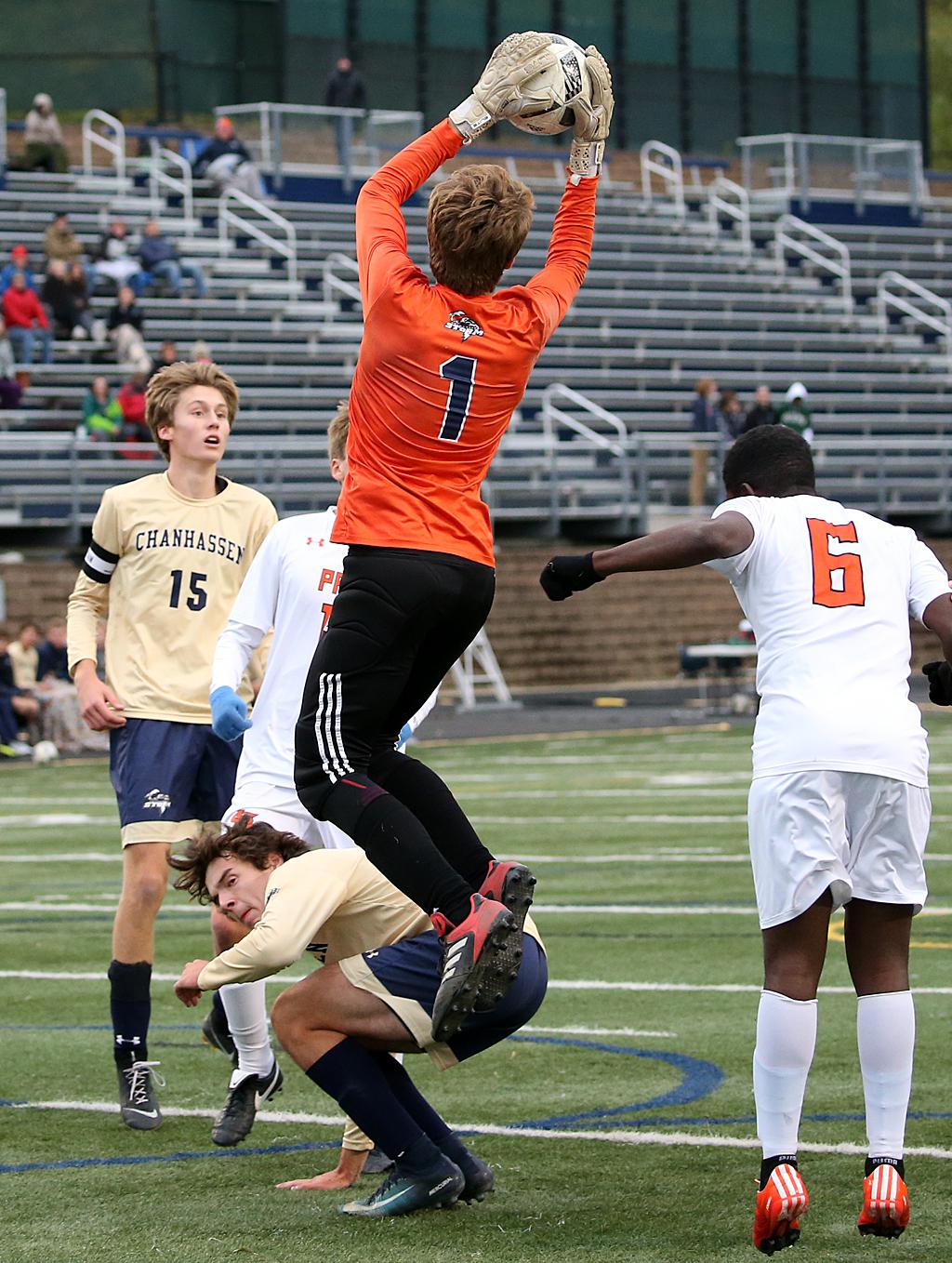