The Panthers netted both their goals in the second half to earn a 2-0 victory.

Scroll down to vote in the poll and post comments 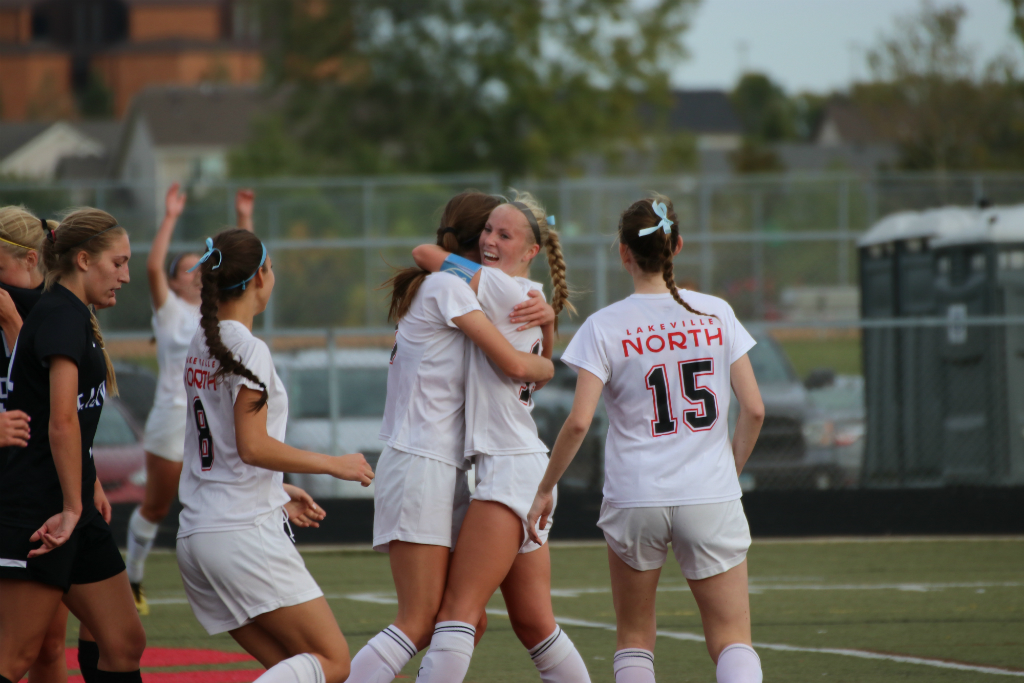 Rachel Preston (right) celebrates her game-breaking goal with Haley Steel in the Panthers' 2-0 win over Eastview on Saturday. Photo by Trevor Squire, SportsEngine

Lakeville North entered Saturday’s matinee at home against Eastview seeking a win to boost the Panthers’ record above .500 with only a week left in the regular season.

But after Lakeville North allowed crosstown rival, Lakeville South, to score a game-tying goal off a penalty kick with six seconds left in regulation on Thursday, coach Jeremiah Johnson said his team still looked disheartened from the draw and entered halftime scoreless.

“We had a very emotional game,” he said. “It completely deflated our entire team and I think that carried over today. I told them ‘it looked like they just ate Thanksgiving dinner and wanted to curl up in a blanket’,”

Lakeville North shined in the final half, where Rachel Preston and Molly Waters scored in the same minute to lead the Panthers to a 2-0 win over the Lightning.

“After we got that [first] goal we picked it up,” Waters said. “We started the season rough with a lot of injuries and new lineup. Now we’re just starting to figure out how to play together.”

The Panthers’ offense have been decimated by injury, suspension and graduation this season. Losing seven seniors, three which were first-team All-State selections, their losses were evident in the first game against Class 2A, Section 1 Owatonna. Five freshmen played their first varsity minutes.

Lakeville North’s veteran back line has anchored the offense through midseason growing pains where the Panthers failed to score in four straight games.

On Saturday, Preston made several strong runs against Eastview (6-7-1, 3-5-0), but couldn’t capitalize until the 60th minute where Anna Steel delivered a corner kick in prime scoring territory.

“She knows where to place the ball, we connect well,” Preston said. “My teammates do a lot of work, I’m just lucky to finish them.”

Johnson was thrilled to see Waters jump into the passing lane and crash the net for a goal 52 seconds later for her first varsity goal.

“You love it when an outside back or a defender scores because they don’t get too many opportunities,” he said.

Since their four-game scoreless skid, Lakeville North (6-5-2, 4-2-2) hasn’t lost, picking up three wins and a 1-1 tie against Lakeville South, which also competes in the same section as the Panthers.

Preston said they’re ready to make a seventh-straight run to the state tournament.

“Lakeville North has this legacy of being the best [in Section 1-2A],” Preston said. “This year we’ve had some rough patches, but that doesn’t faze us. We’re ready to go at them and try to make it to state.

Johnson added that wherever his team is seeded won't restrict them from saving face. 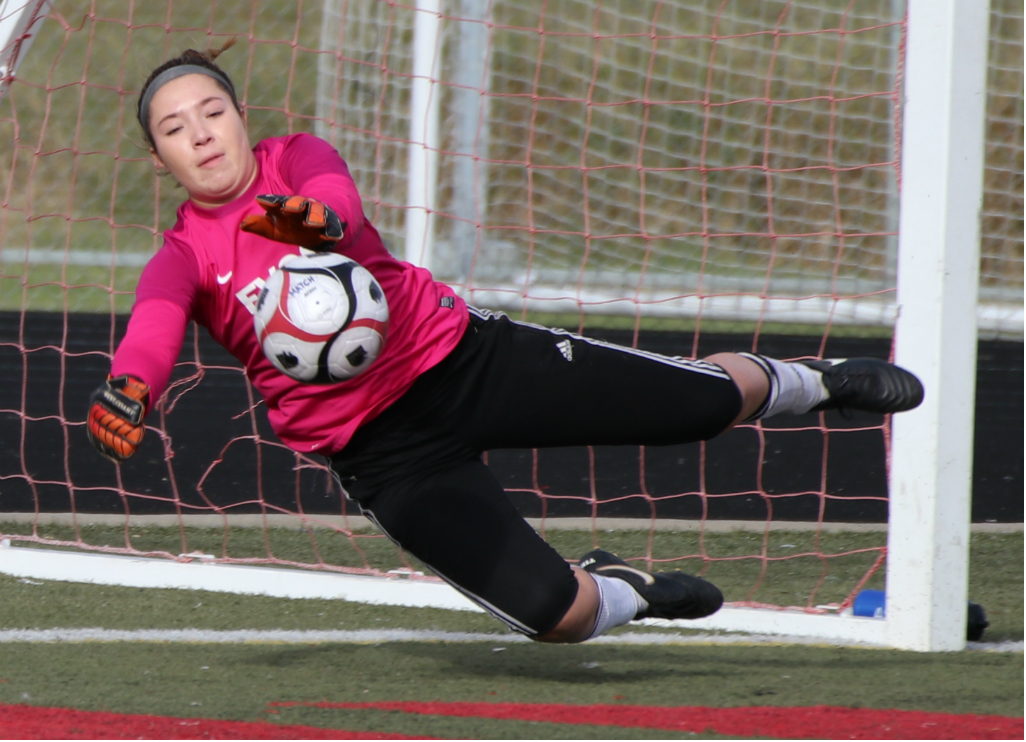 Katlyn Varela makes a diving save in the Lightning's loss. She made four stops in the game. Photo by Trevor Squire, SportsEngine

Off a corner from Anna Steel, Preston headed the ball past Lightning (6-7-1, 3-5-0) goalkeeper Katlyn Varela. Waters intercepted a pass and crashed the net for a score just 52 seconds later.

Varela made four saves for Eastview, while the Panthers (6-5-2, 4-2-2) goalkeeper, Maggie Flaherty, notched a single-save shutout.