North Branch sisters commit to Minnesota despite stormy past

With their mother's business destroyed, Sadie and Khyah Harper trained in a shared space at their father's gym. 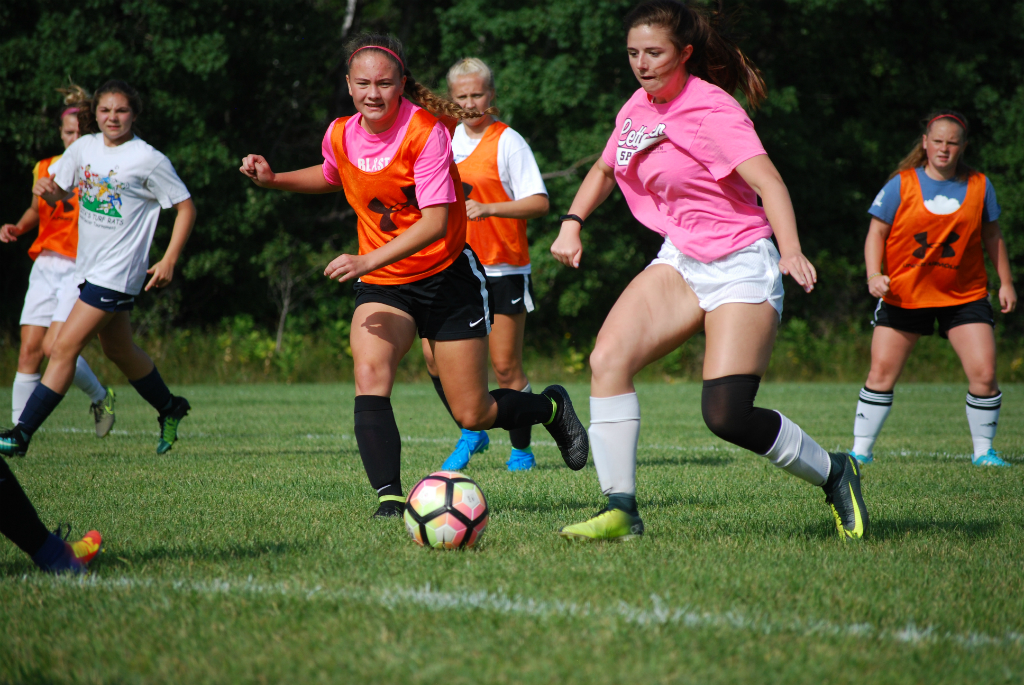 North Branch's 2016 girls' soccer team earned its first state tournament berth in program history and is hoping to return this season with the help of Minnesota signees Sadie and Khyah Harper. Photo by Trevor Squire, SportsEngine

Sporting her shin guards, socks, and cleats, Harper looked ready for action when her youth team visited Elizabeth Lyle Robbie Stadium at the University of Minnesota as ball girls on the sidelines.

“I think she thought she was going to get to play, but really she was a ball girl,” said Mercedey's mother, Desiree Harper. “She was gung-ho to get there.”

In 2011, a violent storm's straight-line winds tore sections of the roof off Desiree’s dance studio and left it in shambles. Standing water damage and insulation riddled the ground, which led the demolition of the studio. The building was a block away from the family's home (45 miles north of the Minneapolis-St. Paul area) and was not only a source of income for Desiree, who's taught dance for over 40 years, but also a space where the girls spent countless hours developing dance skills, leaving many questions in the air of where to go next.

Fortunately, the Blockbuster next door to their father Brett's sports training facility, Xplode, closed, leaving a vacancy that the family quickly filled.

“They demolished the entire building so we started from scratch again,” Desiree said. “Putting dance floors down and tarps down until we could get walls up. New flooring and bars -- it was a lot of work.”

Sadie reflected on how much work was involved in the rebuilding process.

"I remember helping my mom clean and finding stuff that still works," Sadie added. "It was stressful but worth it in the end."

After already spending two to three days a week working on their speed and agility at Xplode, Sadie and Khyah continued to dance across the hall and won several awards on the national stage. The timeshare paid off as the girls' strength and speed training, coupled with honing their footwork in the dance studio, helped Sadie and Khyah’s balance, coordination and agility excel, Desiree said.

Soon, both Sadie and Khyah began playing with the Minnesota Thunder Academy to elevate their game against top-tier competition. As they specialized, they soon began dancing less and less until they competed in their final dance competition last year.

“They were really good at dance, so it's going to be sad to not see them dance anymore,” Desiree said. “But you gotta do what you love, right?” 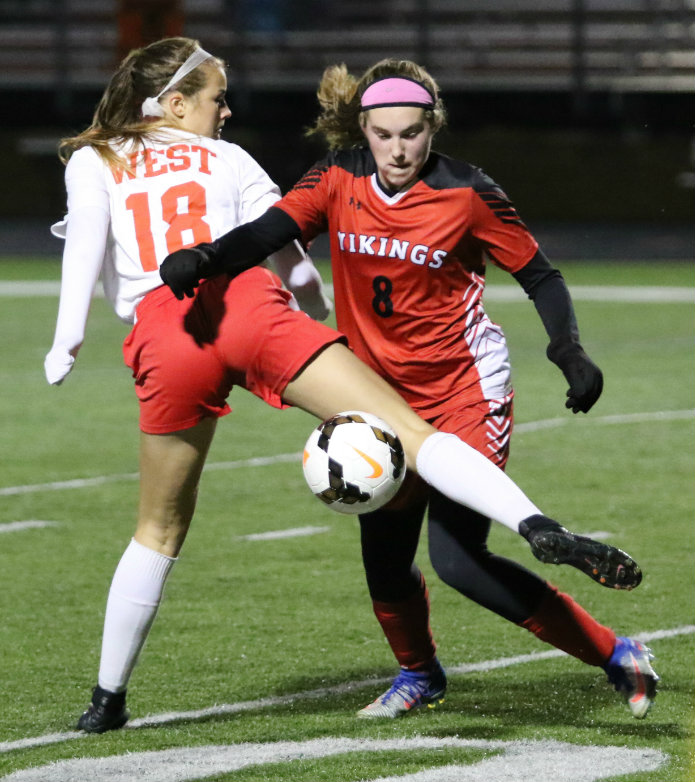 Sadie Harper battles for the ball in the Vikings' 2016 state quarterfinal matchup against Mankato West. Photo by Cheryl Myers, SportsEngine

Last fall was the second year Sadie and Khyah played varsity together.

Mixing breakaway speed, footwork and a finishing touch, Khyah, who plays forward for North Branch, tied for third in the state with 24 regular season goals. Sadie, a forward for the Minnesota Thunder Academy, plays midfield for the Vikings. Sadie, using her forward sense to feed through balls to Khyah, tied for second in the state with 17 assists.

But those individual numbers didn’t necessarily translate to team success. North Branch finished the regular season 8-7-1, teetering above .500 which placed the Vikings with the six-seed in the Class 1A, Section 7 playoffs.

Tasked with a tough run through the playoffs, North Branch strung together three consecutive wins against No. 11 Spectrum (6-0), No. 3 Cloquet (2-1) and No. 2 Duluth Marshall (4-3 OT), setting up a rematch with Mississippi 8 rival, top-seeded Princeton, in the section final.

The Tigers routed the Vikings 9-0 in their regular season meeting, but after two consecutive single-goal victories, including an overtime win in the section semifinals, North Branch's confidence grew on their longest winning streak of the season.

“We really peaked during sections,” Khyah said. “Each game, we felt better about our play and when it came to that final game, we just gave it all we got.”

The Vikings boast nine seniors on this year’s roster and return all 11 starters from 2016 along with two regular contributors in the lineup. Six juniors add to that experience as North Branch’s midfield and backline is all upperclassmen who’ve developed confidence in themselves and each other, Stragey said.

Currently 4-2, North Branch faces Princeton and Duluth Marshall this week in games that’ll have section seeding implications on the line. The Vikings look to improve upon their seeding from last year and their three wins in the Mississippi 8 Conference.

Sadie and Khyah have less than two years remaining at North Branch together before Sadie's departure, leaving confidence and chemistry to be built upon among their teammates.

“It’s the same team this year, so we know we can go out there and do it again,” Khyah said.