The DePaul commit scored 17 goals and notched 11 assists for the Trojans this season. 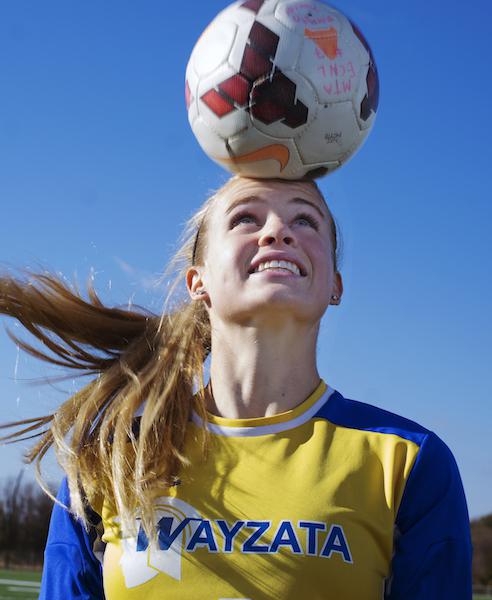 Wayzata's Morgan Turner was named the Star Tribune's Metro Player of the Year after tallying 17 goals and 11 assists this season. Photo by Richard Tsong-Taatarii/rtsong-taatarii@startribune.com

All it took was one rocket shot — a goal by Morgan Turner from about 30 yards out during her freshman season, in an overtime game against Hopkins — for Wayzata coach Tony Peszneker to know she was going to leave a lasting legacy with the Trojans girls’ soccer program.

“This kid can strike,” Peszneker said he recalled thinking. “My assistant coach said, ‘I don’t know if I want to be in goal when she is shooting. Especially if I don’t have any gloves on.’ ”

An all-state selection a year ago, Turner scored 17 goals and added 11 assists this season. She finishes her career ranked fourth on the Trojans’ all-time points list (88) and fifth in goals (60).

Her ability to score as well as create established her as the Star Tribune girls’ soccer Metro Player of the Year.

“It is a huge honor and I’m glad that my hard work paid of,” Turner said. “I couldn’t have done it without my teammates, and I am grateful to have had the opportunity to play with them.”

Coaches in her conference described her as “a goal scorer who is also able to create opportunities for her teammates both on and off the ball,” and “the best player in the conference the last two years.” Turner led Wayzata to a 13-3-2 record before losing to Minneapolis Washburn in the Class 2A, Section 6 final.

Turner, who has verbally committed to DePaul, passed her future coach, Erin (Hussey) Chastain, this season on the Trojans’ all-time goals and points list. Chastain, a 1993 Wayzata graduate, was a four-year starter for the Gophers. Turner took her official visit to DePaul last weekend.

As Turner prepares to start her new soccer chapter, she said she will miss the relationships and memories Trojans soccer gave her.
Memories like that game-winning goal three years ago against Hopkins. After Wayzata’s section final loss last week, Turner walked by the spot at Trojan Stadium that her memorable kick occurred.

“I was having a lot of flashbacks of memories on that field and that goal is one of my favorite memories,” Turner said. “It gave me a lot of confidence both on and off the field.”