No game: 'Everyone suffers'

Prairie Seeds and Duluth Marshall readied to play but a judge upheld the Lycans' disqualification. 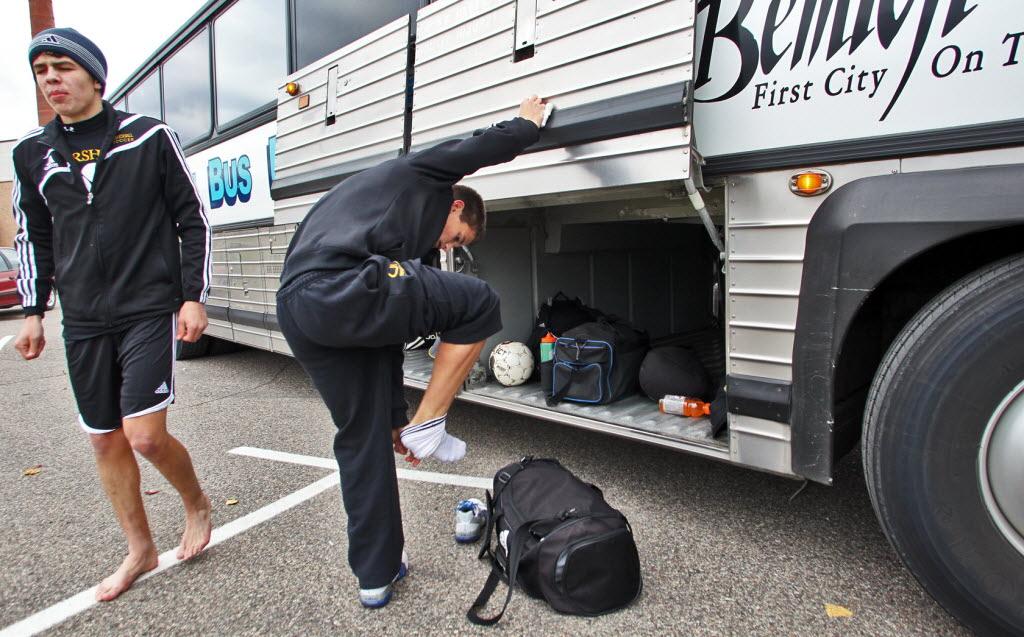 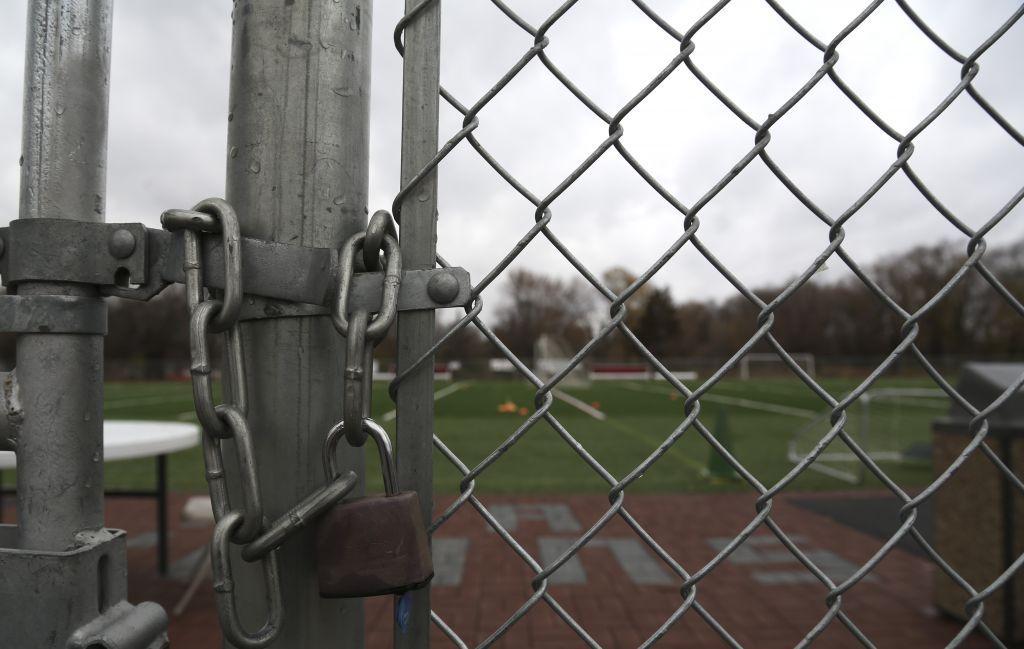 The soccer field was locked Thursday and no one was practicing at Prairie Seeds Academy in Brooklyn Park. Photo: KYNDELL HARKNESS • kyndell.harkness@startribune.com

An unprecedented day in Minnesota high school soccer Friday found two teams preparing to play a game that wasn't supposed to happen while a judge raced over a last-minute decision that could have resurrected it.

At Prairie Seeds Academy in Brooklyn Park, players on the disqualified Lycans brought their cleats and uniforms to school and were suiting up for what they hoped would be a 5:30 p.m. match in Roseville. Their would-be opponents from Duluth Marshall hopped on their team bus at 1 p.m. and made the 2 1/2-hour drive to the game site, with their band and fan buses close behind.

Meanwhile, Hennepin District Judge Jay Quam sat in his chambers in the Hennepin County Government Center, poring over the results of an hour-long hearing Friday morning, in which Prairie Seeds argued for a temporary restraining order to prevent the Minnesota State High School League from disqualifying the charter school from the boys' soccer state tournament for using an ineligible player all season.

Quam denied the request in a ruling that came out about 3 p.m. He sided with the league's contention that Prairie Seeds used a player who was academically ineligible to play sports when he transferred from a Richfield school earlier this year.

Hopeful Prairie Seeds players got the word when Principal Choua Yang approached at the school. Her presence immediately changed the mood in the room.

"I think when I walked in, they felt it," Yang said. "It got really quiet."

Aboard the Duluth Marshall bus, players learned of the ruling via a phone call from one of their mothers just as the team bus arrived at Roseville High School.

"It was bittersweet," Hilltoppers coach Mike Sengbush said. ''Some guys were excited. We wanted to play them. ... I feel bad because I'm sure it's tough for [Prairie Seeds]. It's unfortunate this had to happen, but rules are made to be followed."

The ruling capped an emotional stretch that began with a fight after Prairie Seeds' 2-1 victory over Totino-Grace in the Section 5 championship on Oct. 18. An ensuing investigation led to a team being disqualified from a Minnesota state tournament for the first time since 1961, when Minneapolis Roosevelt was barred from the boys' basketball tournament after two Teddies reserves were found to have participated in a prohibited tournament during the season.

While investigating the fight, the high school league received information from a Richfield teacher questioning the eligibility of a Prairie Seeds player involved in the fight. The league announced Wednesday that the player was ineligible and that the undefeated Lycans had to forfeit every game he played in and be disqualified from the Class 1A tournament.

Unsure about how allegations of an ineligible student became mixed up in a postgame fight review, Prairie Seeds said it was shocked to be disqualified on such grounds. The school filed its injunction request Wednesday night, believing all of its players were eligible for the 2012 season.

Quam, in his order, said the student in question attended a Richfield school until September 2011, before jumping back and forth between Prairie Seeds and Richfield. According to high school league bylaws, transfers must sit out a full year of athletics before competing and must also have retained good academic standing at the previous school.

Sympathetic to the athletes who had nothing to do with the judgment characterized as an administrative oversight, Quam said: "It would seem callous in the extreme to deprive the players of their chance to make their dream come true ... [but] when rules are broken -- deliberately or not -- the integrity of the entire sport is called into question, and everyone suffers."

High School League executive director Dave Stead said, "It's unfortunate any time students are not allowed to participate. The decision upholds the integrity of the league's bylaws."

After the hearing, charter school CEO Cha-Ger Yang said little about the school's fight to play in the game and more about the discrimination the school says it has endured over the past several years. The team won the 2010 Class 1A title and finished runner-up last season, playing its final game with a player who had been declared ineligible for two games because of questions about his age.

The brawl in the section final led to 10 players being suspensions, and court documents included allegations by Prairie Seeds school officials that there were taunts and racial slurs by Totino-Grace players aimed at their players and coach Youssef Darbaki. Late Friday, Totino-Grace issued a statement saying it had conducted its own investigation and found no evidence to support those allegations.

As the remarkable day ended, the Duluth Marshall Hilltoppers unloaded their bus looking to at least get a practice session out of the trek to Roseville. The high school league turned them away and Sengbush didn't argue. Instead, the players kicked the ball around the parking lot before beginning the long drive home.