The Skippers sent the match to extra time with a penalty kick in the 79th minute. 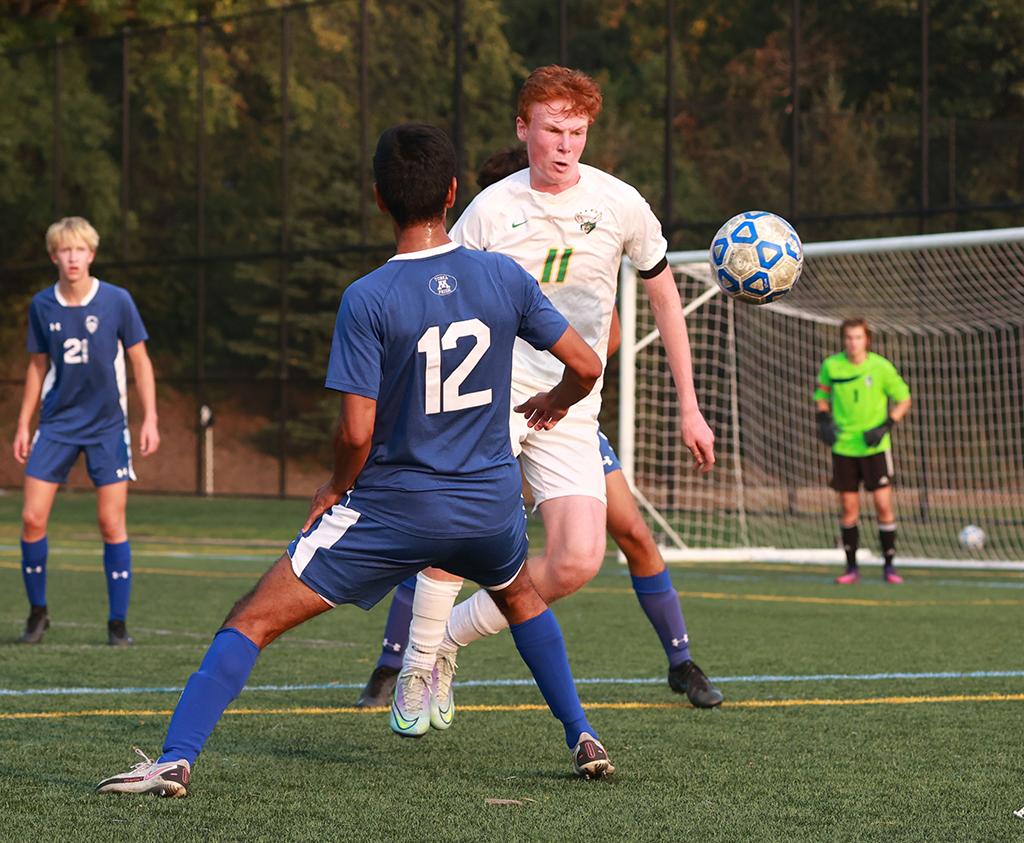 Edina's Finley Smith (11) moves the ball around defender Pablo Gonzalez (12). The Hornets played to a tie against Lake Conference rival Edina on Tuesday night. Photo by Cheryl A. Myers, SportsEngine

When the final horn sounded at the end of Tuesday’s game between the Minnetonka and Edina boys, the public address announcer took time to congratulate both teams and called the match an “instant classic.”

Based on all the dramatics, the assessment appears to be correct. Tuesday’s match featured a red card, a late penalty kick and extra time. When it was all said and done, the teams settled for a 2-2 tie at Minnetonka High School. 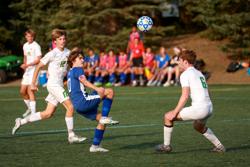 The Skippers, ranked No. 3 in the latest Class 3A coaches’ poll, came out ready to extract some revenge after falling to the Hornets in last season’s Class 3A, Section 2 final.

Minnetonka (5-1-1, 2-1-1) cashed in on that early energy when Alexander Gonikman buried a chance and put the Skippers ahead 1-0 in the 5th minute.

“We’ve got a really good offensive team,” Minnetonka coach Mike Rogers said. “When we had that push in the beginning, it was what we planned for. When you execute, it’s all good.”

The two teams continued a seesaw-like battle throughout the first half. Then, things started to turn the way of the No. 5-3A Hornets. It started when Skippers midfielder Javi Diaz-Schultz was given a red card following a hard tackle. His ejection left Minnetonka with 10 players the rest of the match.

“We lost a striker out of it,” Rogers said. “We tried to hold them off. It was a good experience for us.”

Nearly six minutes into the second half, Edina answered when senior midfielder Jackson Parrish scored after a barrage of chances for the Hornets (4-1-1, 2-1-1).

“Our deal is to get to the end line and make them defend facing the goal,” Edina coach Dave Jenson said. “That helped get things turned around.”

Edina continued its hot pursuit of the lead late into the second half and finally got it in the 68th minute when senior forward Luke Aadalen converted on a shot that found an open corner to put the Hornets ahead.

Trailing 2-1, Minnetonka began its final pushes to even things up. After relentless pressure, the Skippers drew a foul in the box that gave Minnetonka a penalty kick with just 1:11 left in regulation. Junior Myles Kennedy converted the chance and tied the match to send things to extra time.

“When we started pushing for that second goal, you would’ve had to specifically count to know we only had 10 guys,” Rogers said. “I was really proud of that effort.” 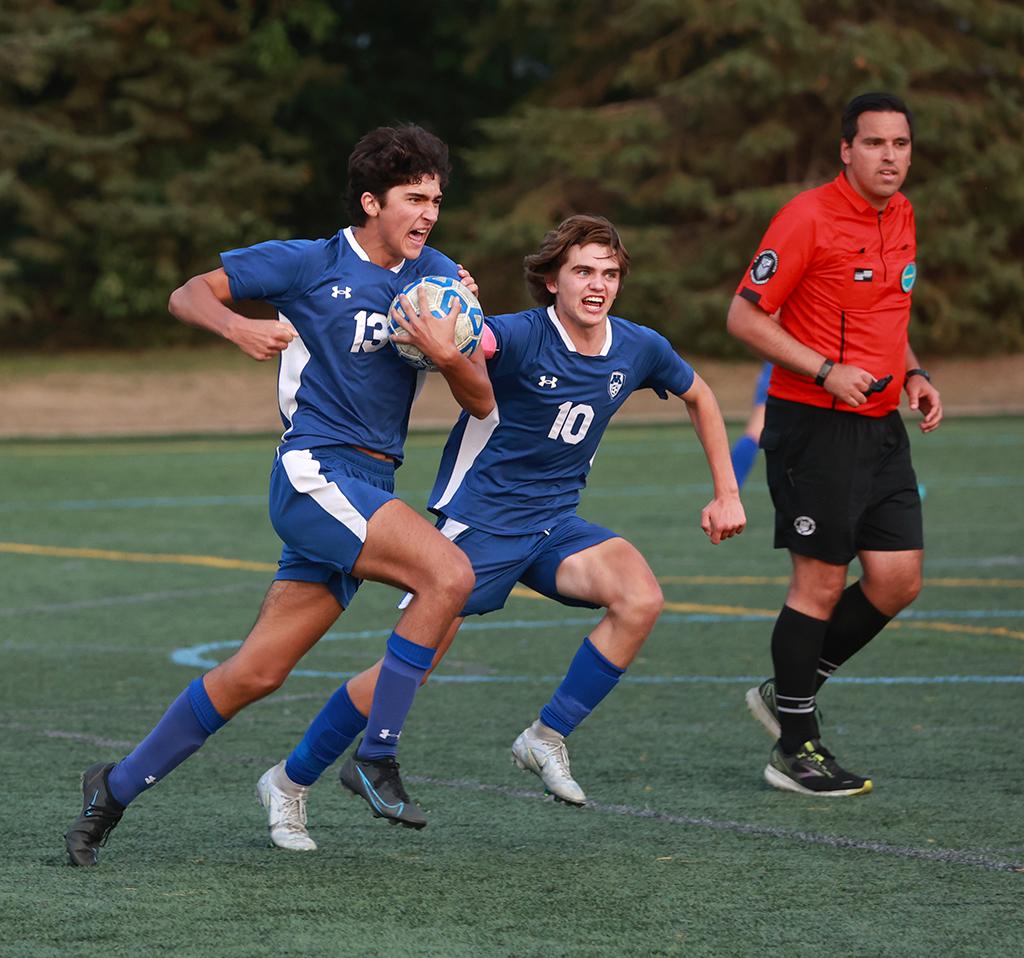 Minnetonka's Myles Kennedy (13) celebrates his goal in the 79th minute to tie the match at two. The Skippers and Hornets played to a draw in a scoreless overtime. Photo by Cheryl A. Myers, SportsEngine