The Bengals got the victory over the Mustangs in each team's first game of the 2022 season. 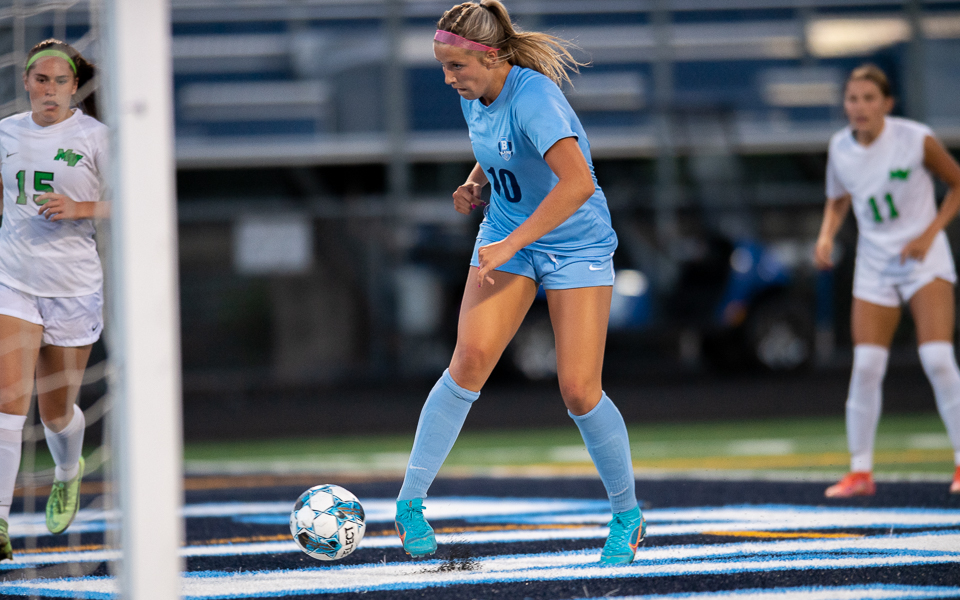 Blaine sophomore Hailey Hughes scores a goal Thursday night tapping the ball in the net off the side of her foot. The Bengals won their season opener by defeating the Mustangs at home 3-0 Photo by Earl J. Ebensteiner, SportsEngine

“We have one goal, and that’s to get to state and win state,” he said.

The stronger statement, however, was made by his team on Thursday night, as Blaine defeated Mounds View — a team that made it to the Class 3A state tournament last year — 3-0.

“That’s what we’ve talked about and we feel like we can compete with anybody and this is the start of that,” Zachmann said of his team’s goal this season. 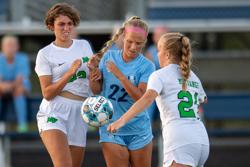 The score against a strong opponent is impressive enough, but Zachmann pointed out how all three goals were “team goals”.

“We scored one with a defender, a center mid off the bench came in and scored and then our forward scored, so all three levels got involved in the game,” he said.

The defender was Sydney Sutherland, who made a long run from her backline to give the Bengals more attacking options. Ellie Nhean played an inch-perfect through ball into Sutherland, who calmly finished from there.

The central midfielder off the bench was Hailey Hughes, who scored with a shot from outside the box after the Bengals (1-0, 0-0) won the ball high up the field.

Hughes was one of the many bench options the Bengals utilized throughout the game. Zachmann is confident in the team’s depth and believes everyone will have a role to play during the season.

“This team legitimately has 21 players on it, and (they) showed that tonight,” he said.

Blaine’s depth was needed most early in the second half after senior Maya Anderson, one of the captains of the team, went down with an injury.

“What we needed right there was we all needed to step up individually and win that game for her,” forward Kendall Stadden said.

Stadden was the aforementioned forward who got on the scoresheet, and she did it a few minutes after play restarted from the injury stoppage. She got onto the ball and shrugged off a defender before her footwork planted the Mustangs’ (0-1, 0-0) goalie in place, allowing Stadden to score with ease.

While the individual skill was eye-catching, Zachmann was more impressed with what preceded it.

“It was fun to see the footwork and the goal, but what got her that goal was being big and strong on the ball,” he said. “The defender came in, tried to knock her off the ball, and she held her ground and she got that goal because of that.”

Stadden credited her teammates for putting her in that one-on-one position in the first place. “The way the team combined before that, I think that’s what was impressive,” she said. “The team play in each one of our goals tonight was what made me able to finish that goal.”

A win like this against a tough opponent like Mounds View is the step in the right direction for the ultimate goal for Blaine this season. Stadden said having aspirations that high isn’t something to be afraid of.

“I think setting a goal like that may intimidate a lot of teams,” she said. “It puts a lot of pressure on a lot of individual players as a team, but for our team it’s more of a mindset. It’s winning each game and knowing that that is the expectation and anything less is not as much of a downfall, but letting each other down.” 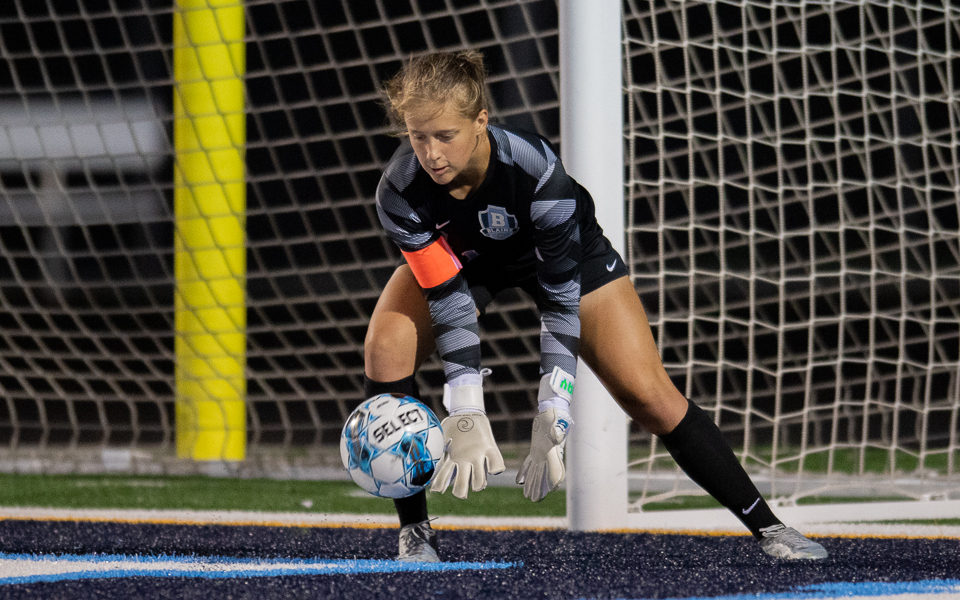 Blaine opened its season with a 3-0 win at home over Mounds View on Thursday night.

After neither team had many chances in the opening 25 minutes, Sydney Sutherland made a long run from the Bengals (1-0, 0-0) backline to confuse the Mustangs (0-1, 0-0) defense. Ellie Nhean saw Sutherland’s run at the right moment and played a ball right into Suntherland’s stride. She rounded the keeper and slotted the goal 27 minutes in to go up 1-0.

Blaine goalkeeper Madison Way was mostly untested in the first half, but she was forced to tip the ball over the bar after an attempted chip from far outside of the box. She ended the game with five saves.

While Mounds View created good chances in the second half, it was Blaine who put the game away. Kendall Stadden doubled the Bengal lead seven minutes into the second half after bouncing on a loose ball. She ran past a defender she was level with, then executed a few step overs before tapping the ball into the net.

Hailey Hughes scored the third goal after more Blaine pressure forced a turnover high up the field. Hughes collected an errant pass and scored from outside the box with a laser of a shot that crept past the keeper’s hands.

Blaine could have notched a few more goals, but Lauren McAlpine made two saves to keep it at three. 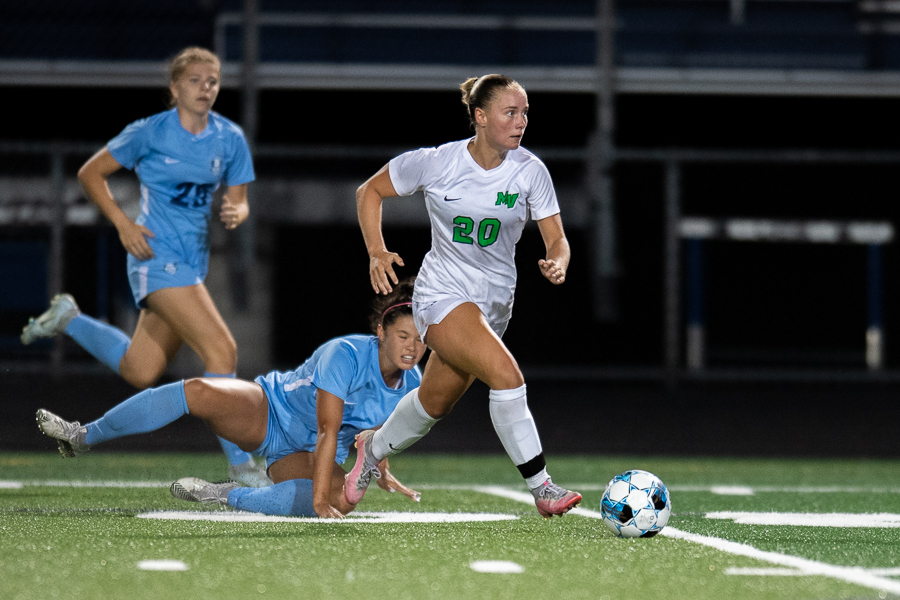 Driving to the net late in the second half for Mounds View is senior forward Jess Eischens. Mounds View lost to Blaine in the season opening 3-0. Photo by Earl J. Ebensteiner, SportsEngine