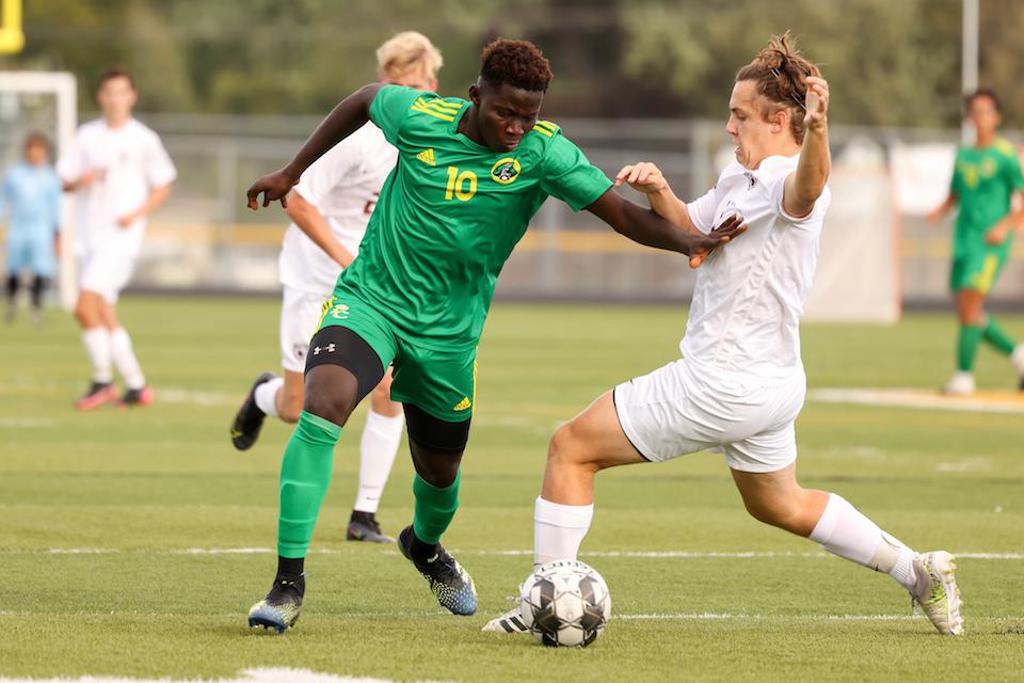 Soccer moved to three classes for the first time this year, yielding three winners for each class. Five finalists were announced from each class.

Sideke Jabateh, from Park Center, won the award in Class 3A. Jabateh led all scorers this year with 39 goals in 19 games played. Jabateh, who has one of the strongest legs in the association, scored at least three goals in a game on seven different occasions, including a pair of four-goal performances against Coon Rapids on Aug. 31, and Blaine on Oct. 7. The senior added 18 assists to his 2021 campaign, and led the Pirates to a 13-5-1 record. After wins over Roseville and Spring Lake Park in the Section 5AAA tournament, where Jabateh scored a combined four goals, Park Center would fall to Mounds View in the section championship game 3-0.

The Academy of Holy Angels saw its senior Carter Hermanson take home the award of Mr. Soccer for Class 2A after a spectacular season. Hermanson, who’s played on the varsity team for the Stars since his freshman year, rounded a stellar high school career. The forward scored 19 goals and dished out a team-high 24 assists. His assist total for the year was second-most among players this season. In his four years at varsity, Hermanson was able to help the Stars to a state title back in 2019, and four consecutive section championships, including this year. Holy Angels lost in this year’s Class 2A state title game, dropping a narrow 1-0 game to Orono.

Midfielder Ralph Smits was crowned Mr. Soccer for Class 1A. Smits suited up for Breck, a team that finished 6-10-2 on the year. Smits was a balanced scorer and assist man this year for the Mustangs, tallying a team-high nine assists and scoring six goals. In the Section 6A quarterfinal game against Chesterton Academy, a team that held an 8-2-1 record heading into the game, Smits scored a season-high two goals and dished out two assists to lead Breck to a 5-2 victory. In the ensuing section semi final game, the Mustangs fell to Southwest Christian. The eventual state champions, Southwest Christian held off a furious rally from Breck. After leading 4-1, the Mustangs put together a string of goals, but ultimately fell short, ending their season with a 4-3 defeat.