See who made the first and second teams in Class 1A, 2A and 3A. 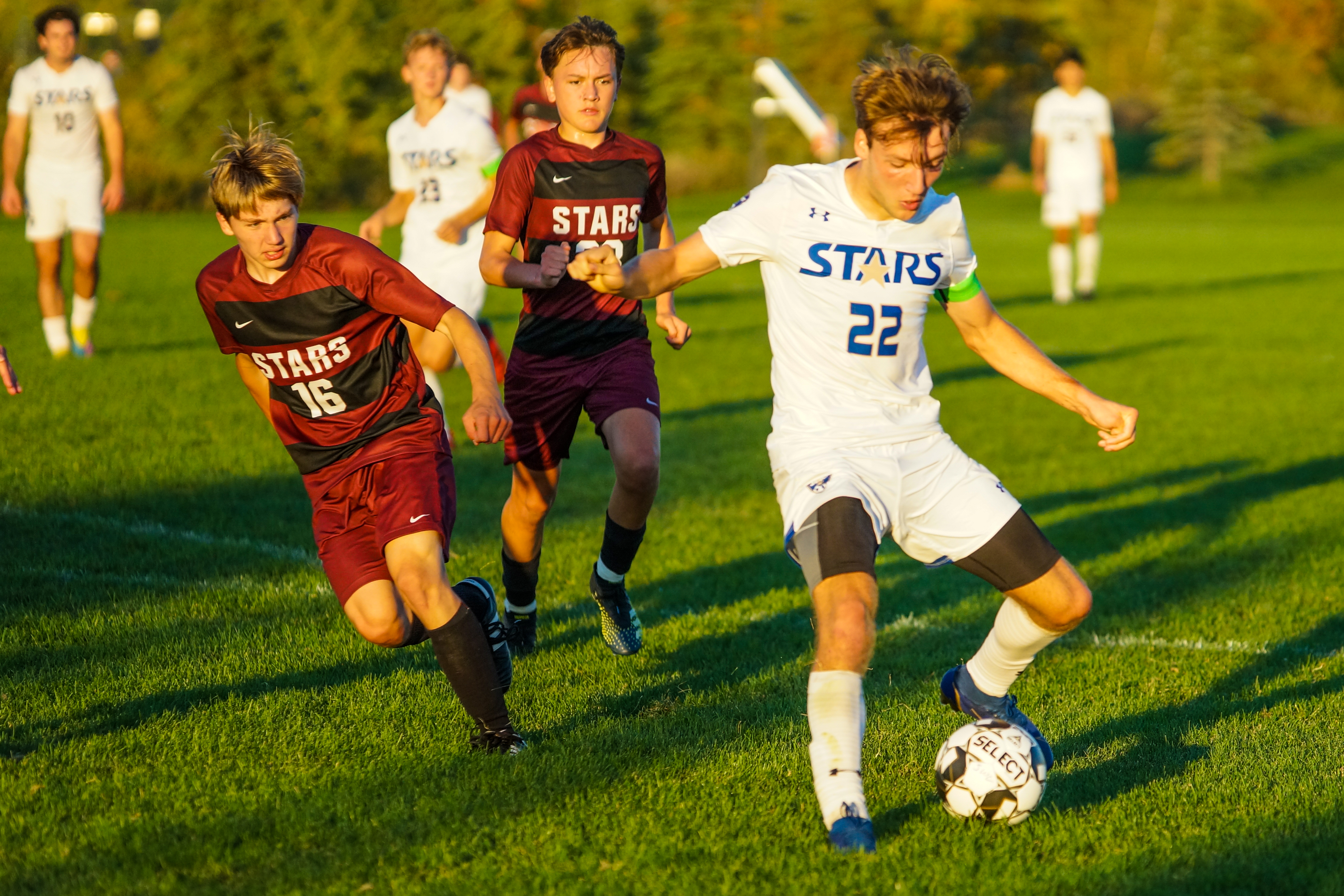 Holy Angels' Carter Hermanson dribbles the ball past a pair of Southwest Christian players looking to steal it from him on Oct. 5. Photo by Korey McDermott, SportsEngine

Despite dropping the Class 2A state championship game, Holy Angels saw plenty of success to help get them to the ultimate game of the season throughout the fall.

Much of that success could be attributed to the Stars' electric midfielder Carter Hermanson.

He contributed to nearly 2/3 of his teams goals this season. Hermanson scored 19 goals and notched 24 assists in 18 games this year to solidify a place on the Class 2A first team All-State in 2021. His assist total placed him third in the state for that category, four helpers below the state leader.

Carter Hermanson wasn't the lone Holy Angels representative on the Class 2A first team roster, as he was joined by his brother, Noah Hermanson, a defender.

Noah played in 14 games and had three points in the 2021 season.

Holy Angels' goal leader, though, also made an appearance on the Class 2A second team. Aidan Smith scored a whopping 21 goals this season, placing him in a tie for 15th in the state leaderboard in that category.

Even more remarkable was that six of those goals were marked as the ever-important game winner.