“You get limited opportunities, and you have to put them away,” Allyson Hamski said after scoring late. 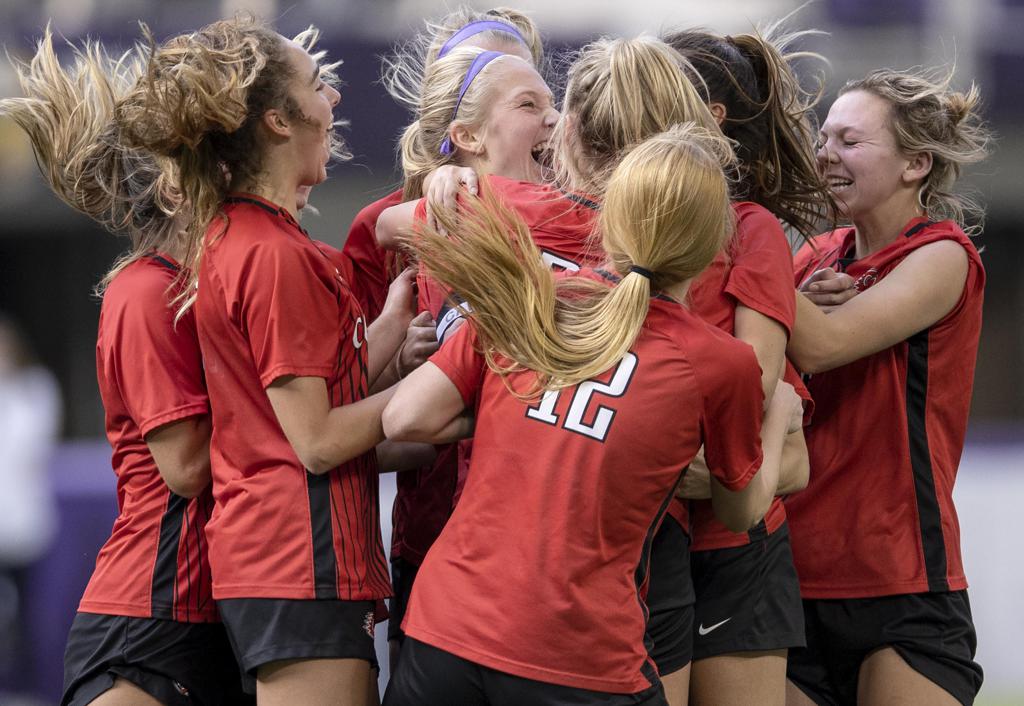 Allyson Hamski, middle, of Centennial celebrates with teammates after scoring a goal late in the second half against Rosemount in the Class 3A girls' soccer state tournament semifinals at U.S. Bank Stadium. (Carlos Gonzalez, Star Tribune)

Her goal Thursday, however, traveled double the distance in a semifinal game with double the stakes. Hamski’s rocket shot gave her team a 1-0 lead with 41 seconds remaining in Centennial’s battle with third-seeded Rosemount.

The second-seeded Cougars (19-1) closed out the game and earned a spot in Saturday’s championship game against Stillwater. They defeated the Ponies 1-0 on Oct. 2.

“You get limited opportunities, and you have to put them away,” Hamski said. “Lauren [Ahles] left the ball for me to take the shot and I knew that was our chance.”

Aiming for the crossbar from 25 yards out, Hamski anticipated the ball dipping just enough to go in. It did, remaining just out of leaping junior goalkeeper Jordan Hecht’s reach.

Hecht came through for Rosemount (19-2) in the 60th minute, diving low to her right and denying a penalty kick attempt by Centennial senior midfielder Brooklyn Bordson.

“That was an energizer,” said Irish senior defender Joey Edgar. “I said to everybody, ‘We need to use that now. That needs to be our motivating factor for the rest of the game.’ ”

The Irish played a better second half, peppering Centennial sophomore goalkeeper Jordan Metz in the first few minutes. She withstood the barrage and held the Irish scoreless.

Hecht was on the same track until Hamski’s clutch goal.

Edgar said to Hecht afterward, " 'You kept us in that game. You made seven amazing saves.’ She did everything we could have asked of her.”

Centennial previously defeated Rosemount in overtime at the 2019 state semifinals.