Senior forward Jon Brain then led an onslaught, scoring two goals and assisting on another 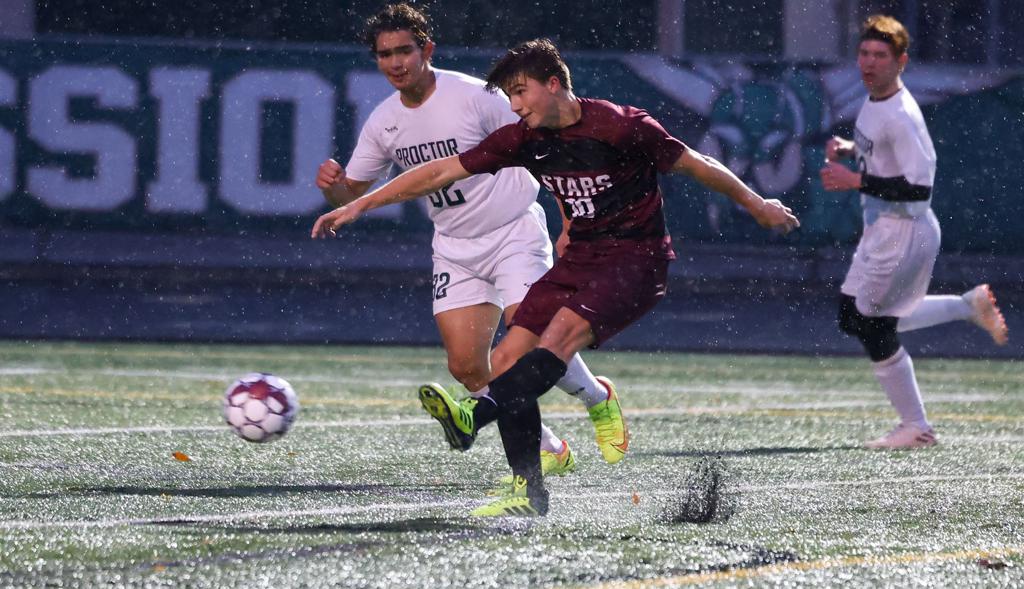 Southwest Christian players needed a couple of minutes to get their legs under them.

Senior forward Jon Brain then led an onslaught, scoring two goals and assisting on another as the Stars rolled to a 7-0 victory over Proctor in a Class 1A boys’ soccer state tournament quarterfinal on Thursday in Edina. Six players for the Stars (14-3-3) recorded points in the win. 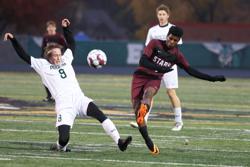 “We started off a little shaky, but we just had to take few minutes to get going,” Brain said. “Once we started clicking and started moving the ball on a one-two touch, that’s when we played our best game.”

Coach Brad Carlson of Southwest Christian, located in Chaska, praised the quality of play up and down the Stars’ lineup.

“Our mantra is to first get the ball, then find our forwards’ feet, then attack, attack, attack,” Carlson said. “We have guys who are good at soccer but are not selfish. That really makes a difference.”

Despite the loss, Proctor coach Anthony Woods sees this season as a big success. The Rails (9-10-1) won their three Section 7 tournament games by a combined score of 20-3, including two shutouts.

“I couldn’t be more proud of our guys and what they’ve done for the game of soccer in our community,” Woods said.

“We couldn’t have done this without our seniors; we wouldn’t be here without them, so getting our program to the next level by making it this far is an ode to them.”

Four players recorded goals for the Stars, with junior Sam Widdifield scoring the Stars’ first two goals within the first 18 minutes of the first half. Jon Brain led the Stars’ offense with three points, recording two goals and one assist.