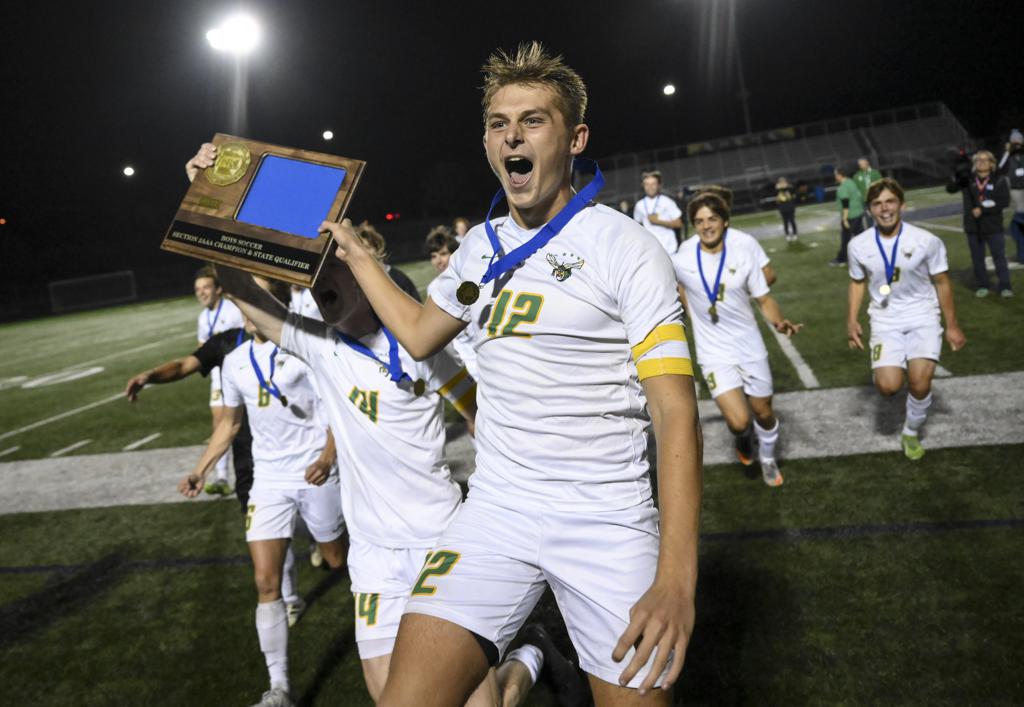 Ryan Swanda’s goal in an overtime shootout gave Edina the Class 3A, Section 2 boys’ soccer title. The Hornets defeated Minnetonka 3-2 on penalty kicks Tuesday at Prior Lake High School after the teams remained scoreless through regulation and overtime.

No. 2 seed Edina (13-3-3) won the 2019 state championship. Last fall, the Hornets beat Minnetonka in the section semifinals en route to the section title. The Minnesota State High School League did not sanction state tournaments due to COVID-19 related concerns.

In other section championship games:

Section 3: Nick Wenthe scored in the first half to lift Rosemount past Eastview 1-0.

Section 7: David Wallerstein had two goals and one assist to lead Duluth East past Centennial 3-0. Kai Hoffman had one goal and one assist for the Greyhounds.

Section 1: Trent Neff and Sam Theobald scored one goal each to lead Rochester Lourdes past Dover-Eyota 2-0.

Section 1: Taylor Finney scored with 1:27 left to give Byron a 1-0 victory over Kasson-Mantorville.

Section 3: Audrey Barton scored in the second half to lead Holy Angels past Visitation 1-0.

Section 5: Benilde-St. Margaret’s and Orono played scoreless through two overtimes, but the Red Knights got the victory on penalty kicks. The Red Knights scored on all four shots, while the Spartans scored on one.

Section 6: Josephine Rowley made 15 saves to lead Zimmerman past Hutchinson 7-0. Lanie Wehmhoff and Reese Rivers scored two goals each and Danie Scott, Sarah Larson and Emma Haley scored one goal each for the Thunder.

Section 6: Grace Lopata scored on Wayzata’s 13th shot to break a scoreless tie and the Trojans went on to beat Hopkins 2-0. Dana Bruer sealed the victory for the Trojans. Luci Rock stopped 10 shots in the first half for the Royals but had to leave the game early in the second half after a collision with Bruer..