The Stars used a goal early in the first half to hold off the Spartans in the victory. 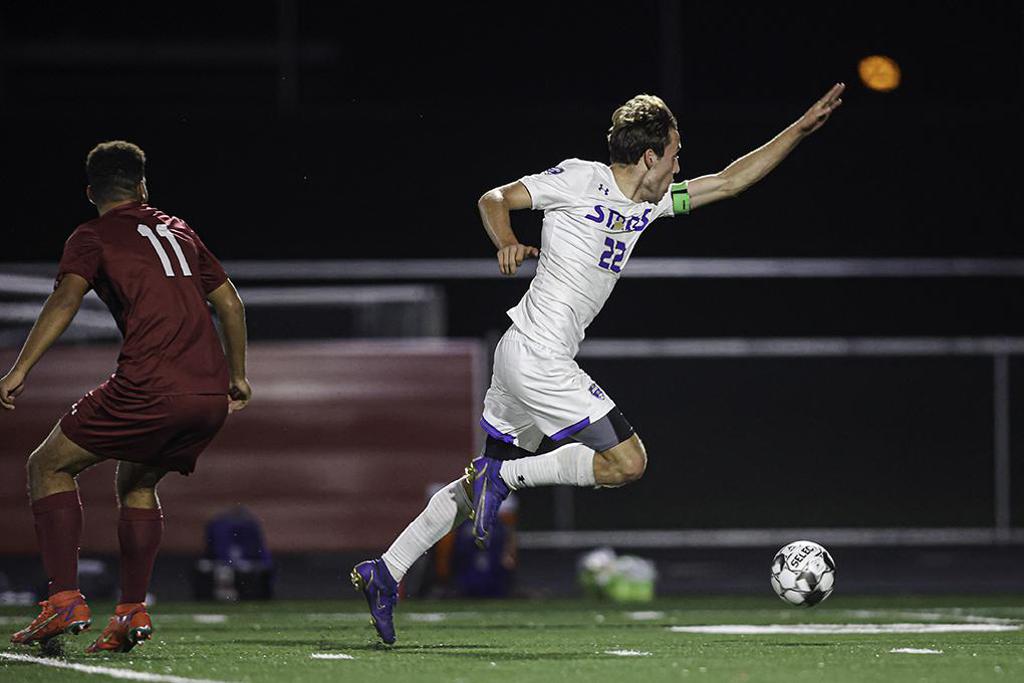 Holy Angels' Carter Hermanson (22) sprints past Richfield defender Elijah Bishop. Hermanson was fouled on the play and the Stars received a penalty kick to set up their first goal. Photo by Mark Hvidsten, SportsEngine

Very few high school athletes get an opportunity to win a section championship and compete at the state level.

But for a select few Academy of Holy Angels boys’ soccer players, the number of section championships they have experienced is close to the number of years they will spend in a high school classroom.

The Stars (13-3-2) clinched a Class 2A, Section 3 championship with a 2-0 win vs. Richfield at Two Rivers High School on Tuesday. As the third seed in the section bracket, another section title was no guarantee this fall.

But head coach James See said he started to notice the team’s mentality switch in the past two weeks as the regular season came to a close. The improvement culminated into a win vs. second-seeded Two Rivers, 1-0, on Oct. 14 as well as against the top-seeded Spartans on Tuesday.

“You can put together a fun and attractive team, and a team that has a good style of play,” See said. “But ultimately, the beauty of high school sports is everyone makes the playoffs. So you’ve got to be efficient in those moments.” 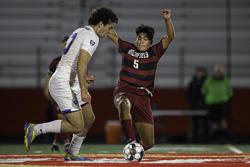 With no state tournament in 2020, the number of players who have experienced those big games will be even fewer than usual. But Holy Angels won the Class 1A state championship in the last full soccer season, and some are still on the roster.

One of those players, Shalim Montes Hernandez, scored what ended up being the deciding goal late in the first half of Tuesday’s game.

“It was good to get experience in the field in such a high-stakes game,” Montes Hernandez said, thinking back to the 2019 state tournament. “I feel like now I’m not as nervous to take the field when everything is on the line and that’s a great thing to have.”

Looking back to the 2019 team, See recalled players including Carter Hermanson, Noah Hermanson, Aidan Smith, Ryan Welsch and Montes Hernandez who helped bring home a state title as role players. And soon they will return to the big stage.

“Those five played the important support role on any team I’ve ever seen,” See said. “So they’ve had to evolve from that support role to being the men and they had to grow to that.”

While the Stars celebrated another section title, the opposing Spartans (15-3-1) hope they will continue to have more opportunities soon as a program on the rise.

Last year, both teams also played in the Class 1A, Section 3 title game, where the Stars won 4-1.

Richfield head coach Mike Harris said he and the rest of the current coaching staff helped build a community soccer program about seven years ago where players can grow to the high school program. The current group of seniors, including eight who were in the starting lineup Tuesday, were the first class to come through Richfield High School.

“Now we’ll have another group next year, hopefully, we can keep doing this every year,” Harris said. 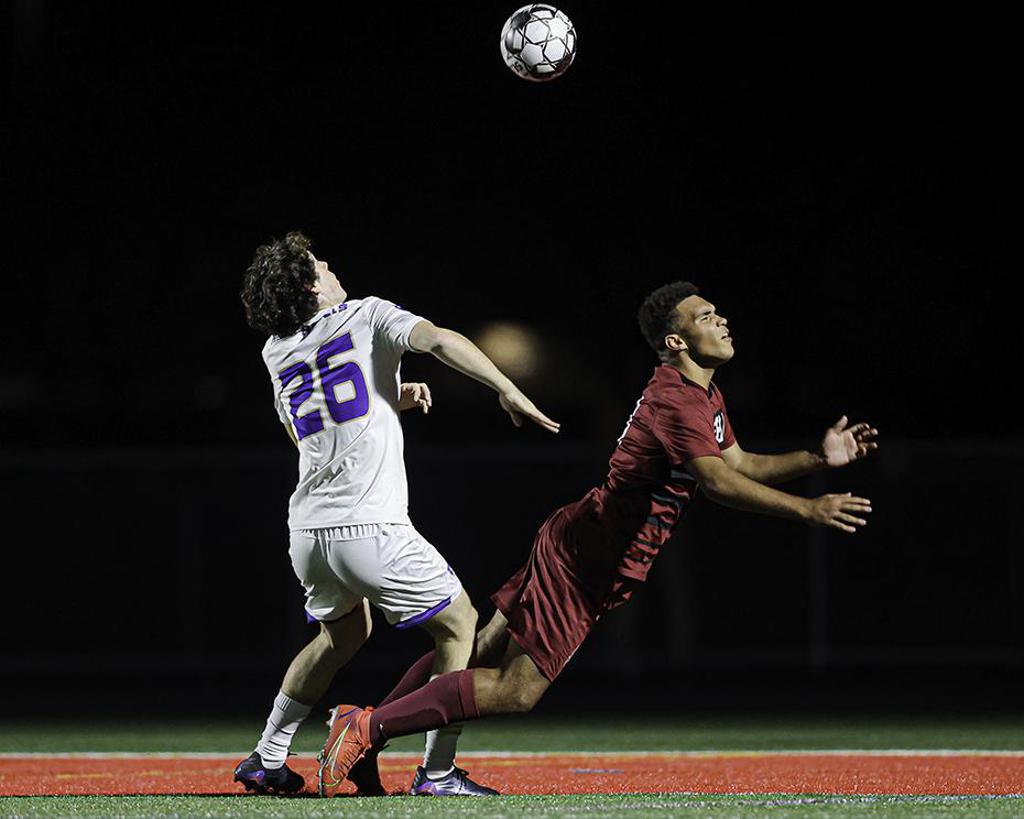 Holy Angels' Mitch Lovett (26) and Richfield's Yulian Rodriguez fight for the ball near the Richfield goal in the first half. Photo by Mark Hvidsten, SportsEngine

For the fourth straight season, Holy Angels has clinched a section championship.

The Stars defeated Richfield 2-0 at Two Rivers High School on Tuesday to clinch another title, this time in Class 2A, Section 3.

Beniel Solomon scored another goal late in the second half to double the lead in the section championship game. 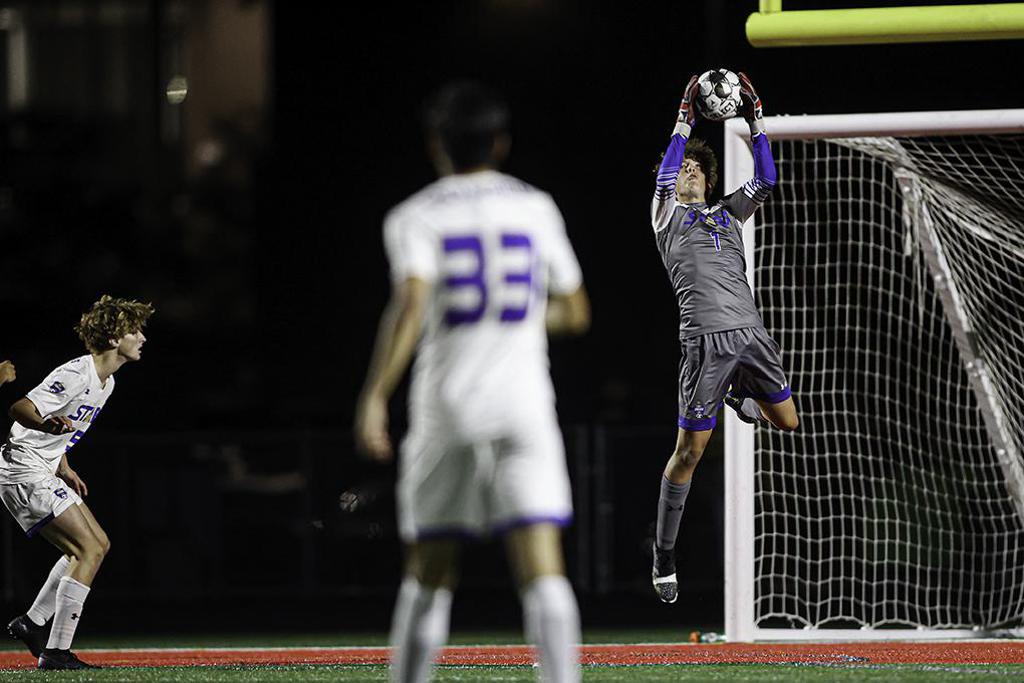 Holy Angels goaltender Landen Kampf (1) goes up to make a save late in the Stars' 2-0 victory over Richfield in the Class 2A Section 3 championship. Photo by Mark Hvidsten, SportsEngine