The Crimson got a hat trick from Jordan Ross in a victory over the Pirates, which were led by Sidike Jabateh's hat trick. 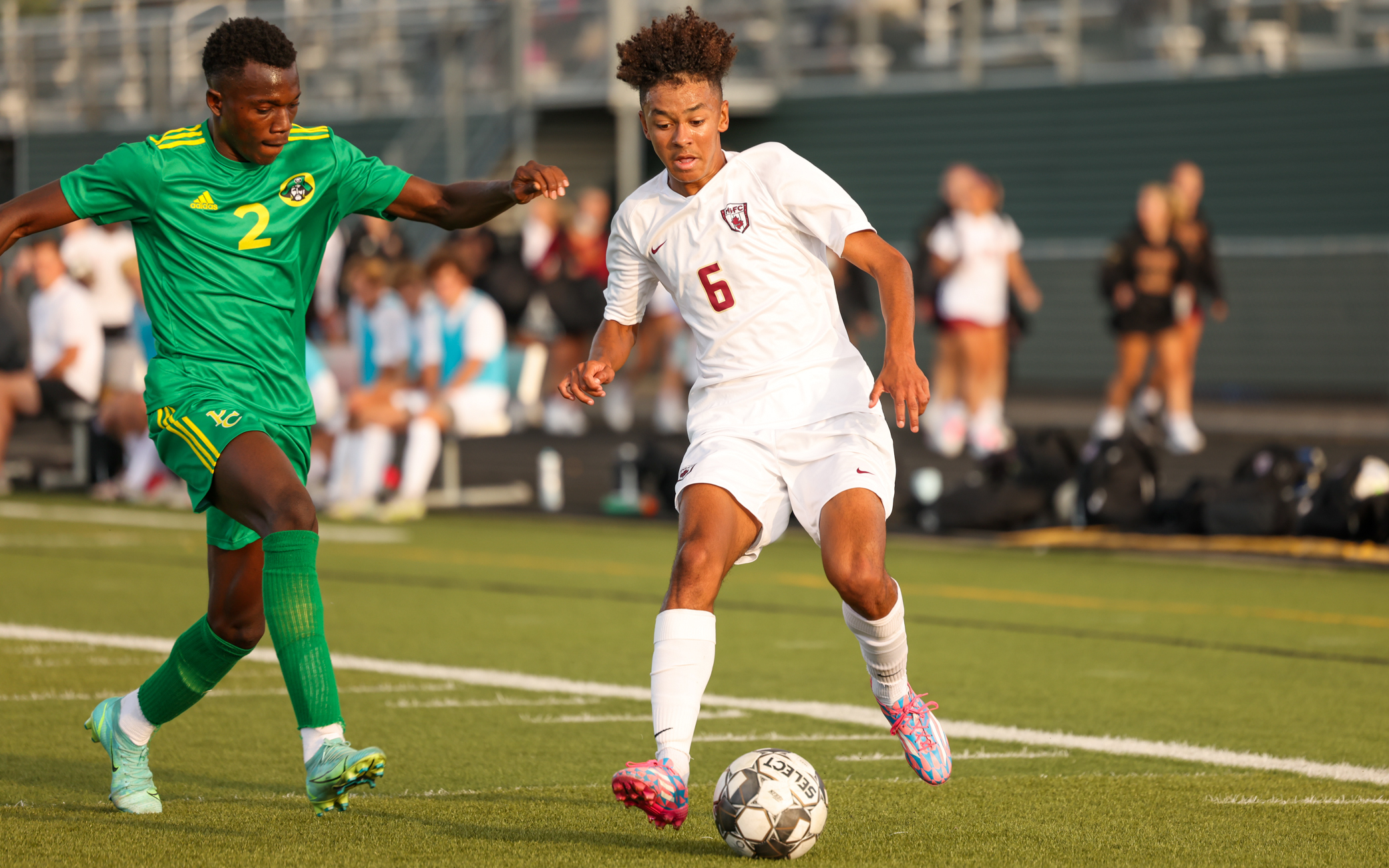 Throughout Tuesday night’s game, it appeared Maple Grove was going to cruise to victory, holding two-goal leads on multiple occasions in the second half.

“Every time we play these guys it's just a battle,” Maple Grove head coach Gregg Leininger said. “These games get like that. ...We just go at each other.” 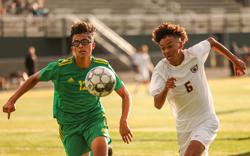 The battle was back-and-forth. Maple Grove, ranked No. 4 in the Class 4A coaches’ poll released Sept. 12, jumped out to a 2-0 lead thanks to a pair of goals from Ross. Park Center was able to trim that lead when senior Jabateh scored a goal in the 33rd minute.

“We like to put pressure on teams and we get those goals,” Leininger said. “Obviously we let up some goals too and it turns into that every year.”

The second half saw that same pattern, with Ross scoring his third goal of the game after letting a free kick fall and kicking it into the net.

“I saw the ball, I saw the keeper wasn’t coming over and I thought, ‘just throw my body in there, get a touch on it and see what happens,’ and it just worked out for me,” Ross said.

The goal gave Maple Grove a 4-2 lead with just three minutes left. It looked to be the game-sealing goal.

Jabateh, however, scored his third goal with just a minute left to make it a 4-3 game.

“It was an intense game,” Ross said. “Park Center is always one of those teams that always pushes us. They have talented players on the defensive and offensive end, so they’re one of the teams where if you get up two goals, you can’t rest.”

Crimson goalie Holden Waldrum played a key part in the effort to try and slow down Park Center, who had numerous chances throughout Tuesday’s game to score with corner kicks and breakaways.

“He started as a ninth grader, so he’s had a lot of experience,” Leininger said. “He comes up with big saves and he’s pretty reliable.”

One big save came in the 71st minute when Holdrum met Pirates forward Samson Owedokun on a breakaway, diving at the senior’s feet before taking the ball away. The Crimson clung to a 3-2 lead.

Commitment shone through for Waldrum, who skyed for numerous balls on corner kicks and was aggressive when opponents entered the zone, finding ways to come out of the pile with the ball.

That mindset helped the Maple Grove defense handle Pirates players like Jabateh, whose powerful leg kept Park Center in the game, and hand Park Center (3-1-1) its first loss on a slate that is all conference games so far.

“They’re very physical, very fast,” Waldrum said. “Defensive wise, we really have to adapt to that. We have to figure out where to go, who to mark and where we should play.”

Maple Grove, following a season where they lost just one game and claimed the Class 2A, Section 8 championship, remains unbeaten but has played only conference opponents in building its 5-0-0 record, and looks like a Class 3A contender.

“It’s a combination of a couple big guys that are leaders, and a whole bunch of guys that can pass the ball around,” Leininger said. “I don’t want to say other teams don’t have that, but it’s a nice thing to have.” 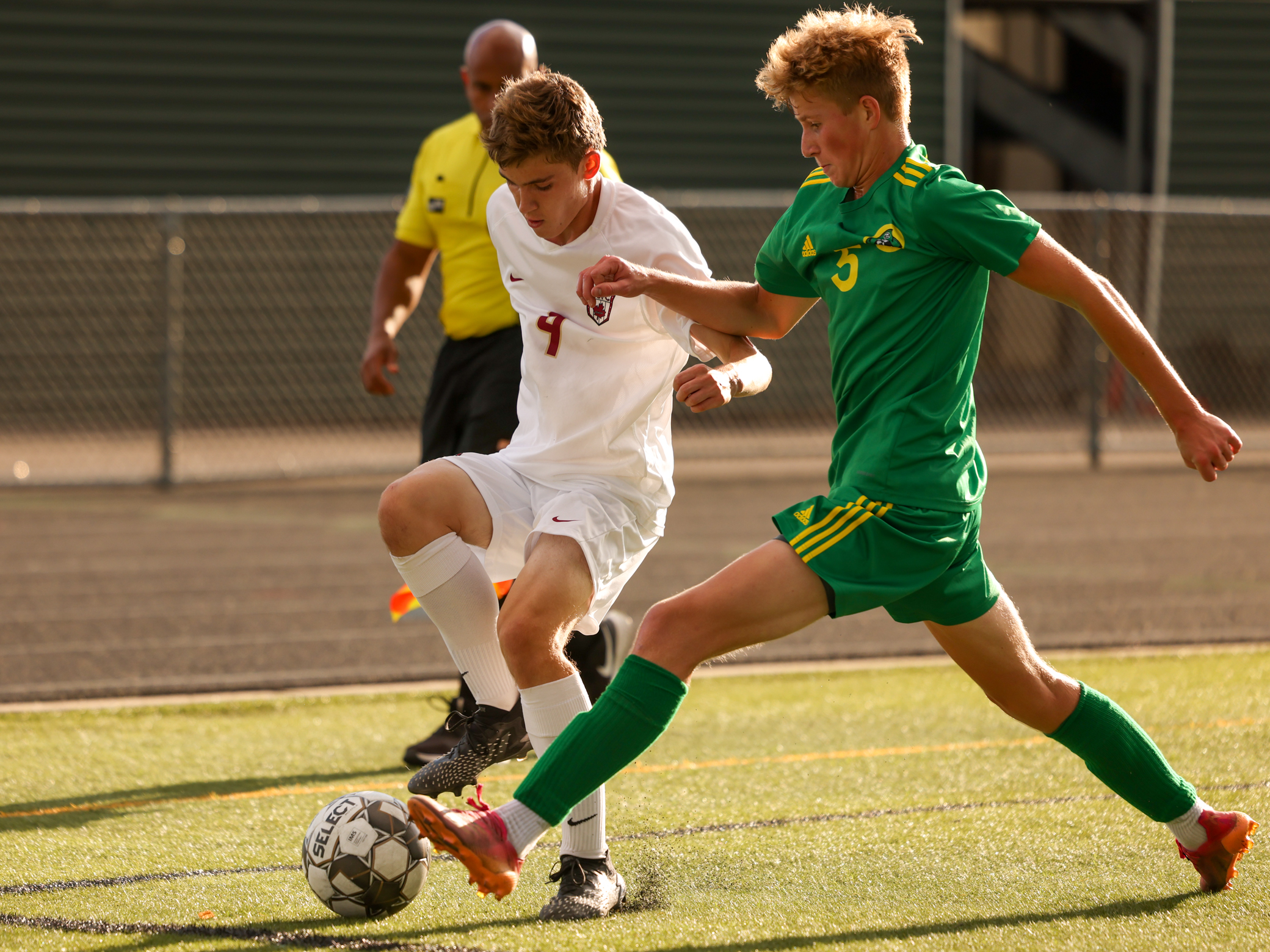 Ross scored two goals in the first half, with junior Aaron Badillo assisting on both plays. The senior’s second goal at the 25 minute, 59 second mark gave the road team a 2-0 lead. Park Center got on the board when senior Sidike Jabateh scored a goal in the 33rd minute.

Maple Grove, ranked No. 4 in the Class 4A coaches' poll released Sept. 12, and Park Center combined for four goals in the second half. Junior Carter Sheard scored a goal in the opening minutes of the second half to build another two-goal lead for the Crimson before Jabateh responded with a goal in the 66th minute.

It looked like the game was out of reach for Park Center when Ross scored his third goal of the game in the 76th minute, securing a 4-2 lead. The Pirates responded yet again when Jabateh found the back of the net for the third time in the 79th minute. 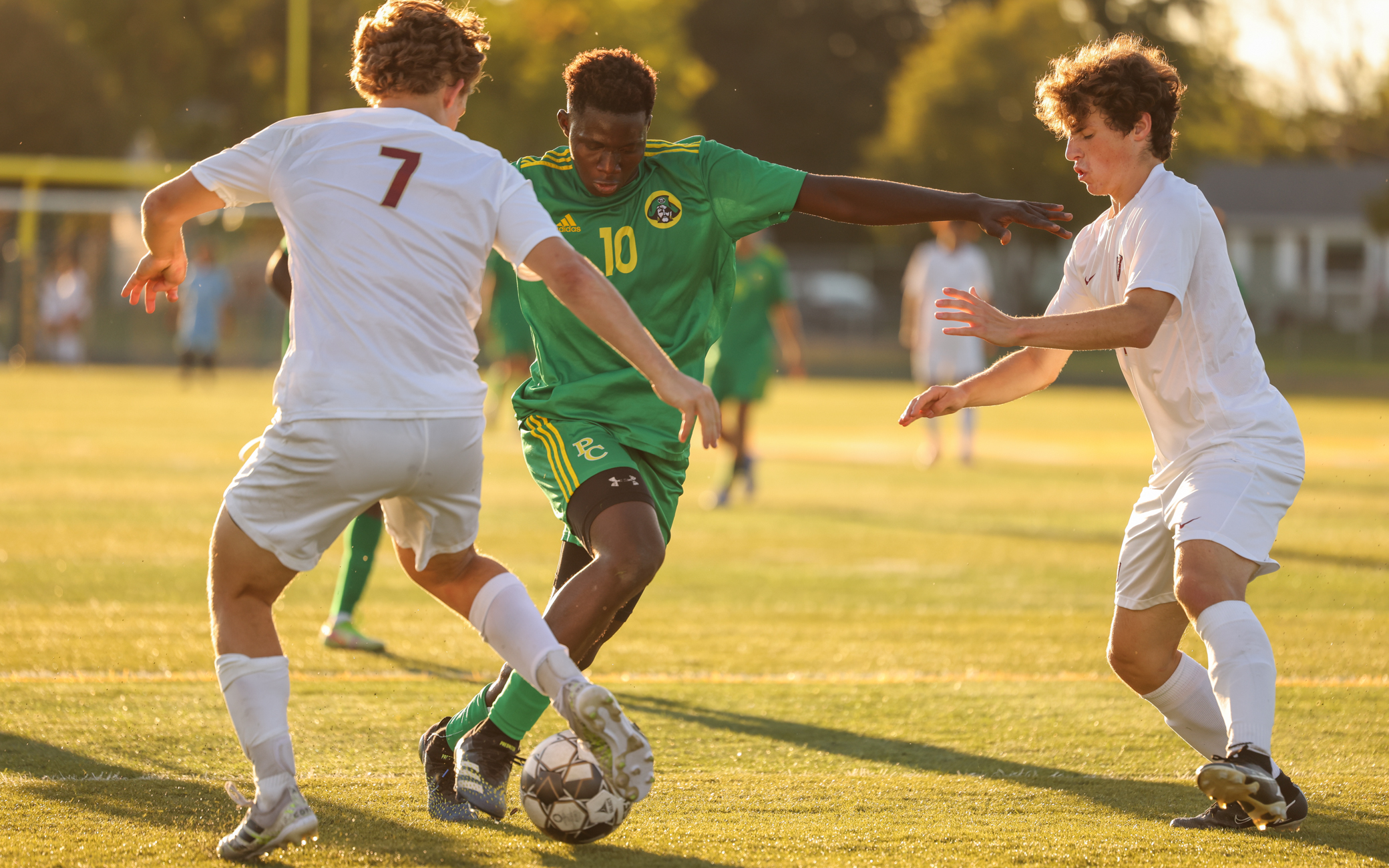