The Stars' identity is defense, and it showed as they shut down the Crusaders. 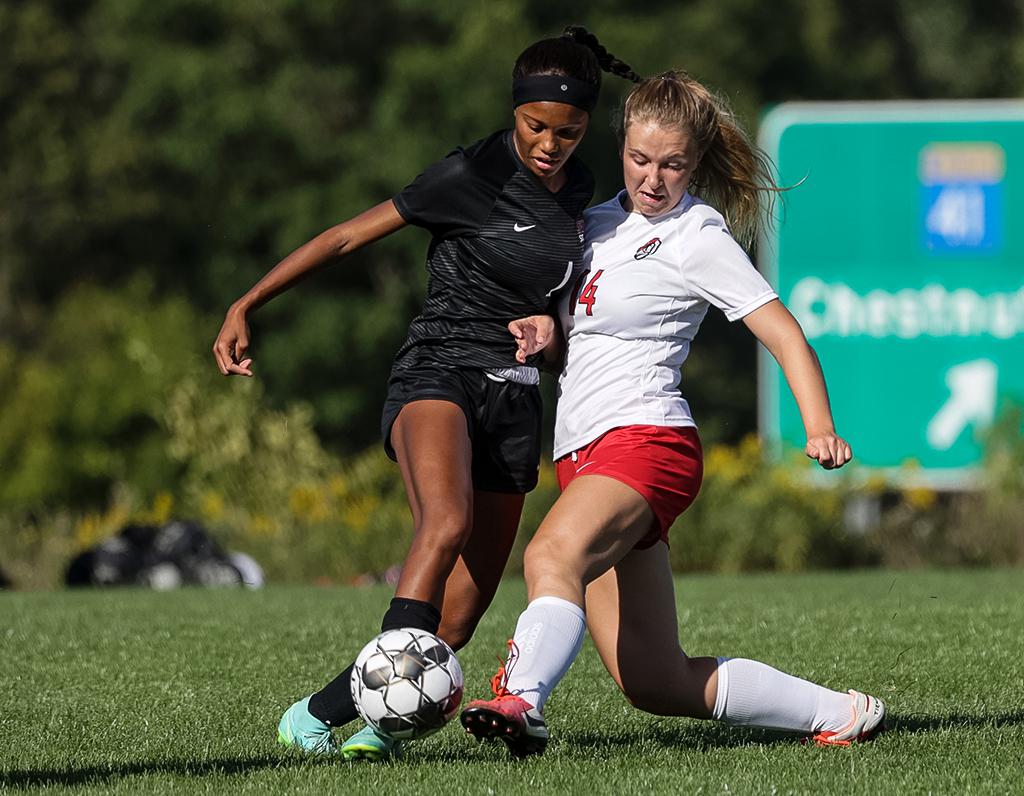 From the first kick to the last, the identity of the Southwest Christian girls’ soccer team never wavered.

Controlling play and possession, the Stars utilized that stellar defense to secure a 3-1 win over the St. Croix Lutheran in Class 1A action Tuesday night at Southwest Christian High School. 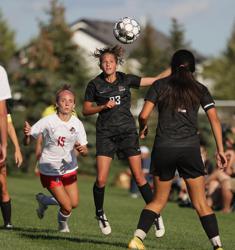 “That’s the way we do things,” Southwest Christian head coach Mark Anderson said. “We go from the back and we play our offense off of our defense.”

That game plan showed throughout, with the Stars using their quickness and closing speed to keep the Crusaders out of their offensive zone.

“We’ve got some really fast, quick kids in back that like to start the attack, so that’s something that really worked well for us,” Anderson said.

The strength on the defensive side of the ball is no surprise from Southwest Christian (3-0, 0-0), which is ranked No. 1 in the Class 1A coaches’ poll from Sept. 5. The Stars went 13-2 last year en route to its first section championship appearance in school history, and allowed just one goal during the entire regular season.

“We’re learning to play better as a group,” Walmer said. “We lost a lot of seniors last year, so getting into that new momentum and playing together is getting better slowly.”

The team is anchored by three defenders, senior Sophie Hotchkiss and juniors Lillian Rediger and Piper Stafford, a trio of players that coach Anderson said have all played together since they were little kids.

Freshman Maya Johnson echoed the same sentiments about the defense with it being her first year with the team.

“They’re really strong defenders. They do it right,” she said.

Johnson scored the team’s second goal of the first half after a booming kick from midfield floated over St. Croix Lutheran goalie Allyse Schletty’s head.

Despite the elated excitement and celebration from Johnson, she knew she had it in her to score a goal from that distance.

“I’ve been taking shots far away since I was a little kid. I guess I’m just pretty used to that stuff... I was just really surprised and happy that went in,” she said.

Anderson knew a goal like that could be possible given the windy conditions Tuesday night.

“They have a really good goalie, a really tall goalie,” Anderson said. “When we were talking to them in the first half with this big strong end-to-end wind, we said play that long ball and if she comes out, try to go top shelf on her, and she did exactly that.”

St. Croix Lutheran’s Avery Sames scored on a free kick late in the game, but that did little to mute Anderson’s excitement for the season. He said his team has its sights set high despite competing in a new section and conference. The Stars moved from Class 1A, Section 2 to Section 6 and from the Minnesota Classical Athletic Association to the Wright County Conference this year.

“In both cases, section and conference, we’ll be in the mix.” Anderson said. “That’s kinda fun that we’ll get a chance to compete for that.” 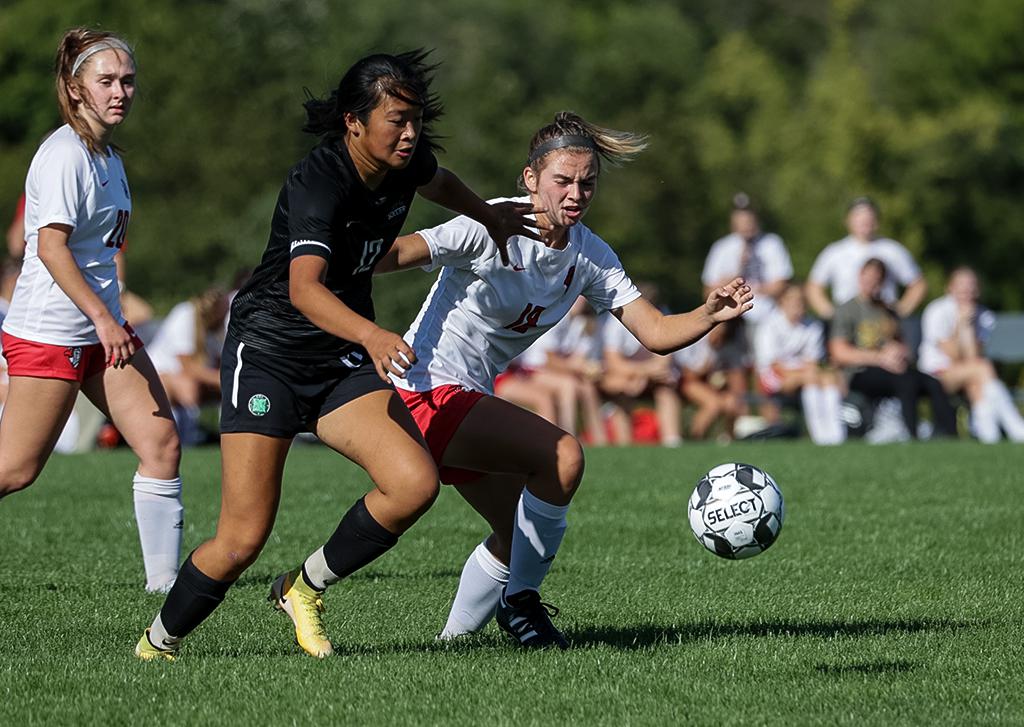 Sophia Anderson (12) and Avery Sames (18) race to the ball at midfield. Sames tallied St. Croix Lutheran's lone goal, scoring on a free kick in the second half. Photo by Cheryl A. Myers, SportsEngine

Lauren Walmer got things started for the Stars (3-0, 0-0), who are ranked No. 5 in the Class 1A coaches' poll from Sept. 6. The senior found herself wide open after taking the throw in and scored an unassisted goal in the game's 14th minute.

Freshman Maya Johnson showed off her power game with a perfect lob from near midfield that floated over the head of Crusaders goalie Allyse Schletty, giving the home team a 2-0 lead.

The final goal scored in the first half was emblematic of the Stars’ effort, with Walmer stealing the ball in her team's own zone and clearing it to Claire Schmidtke, who tracked the ball down and put it in the net to give Southwest Christian a commanding lead.

A stingy defensive effort by the Stars yielded just one goal, when Avery Sames scored on a free kick with just 10 minutes left in the game for No. 6-1A St. Croix Lutheran (1-1, 0-0)