The girls' and boys' soccer seasons begin on Aug. 26 with more than 120 games on opening day. 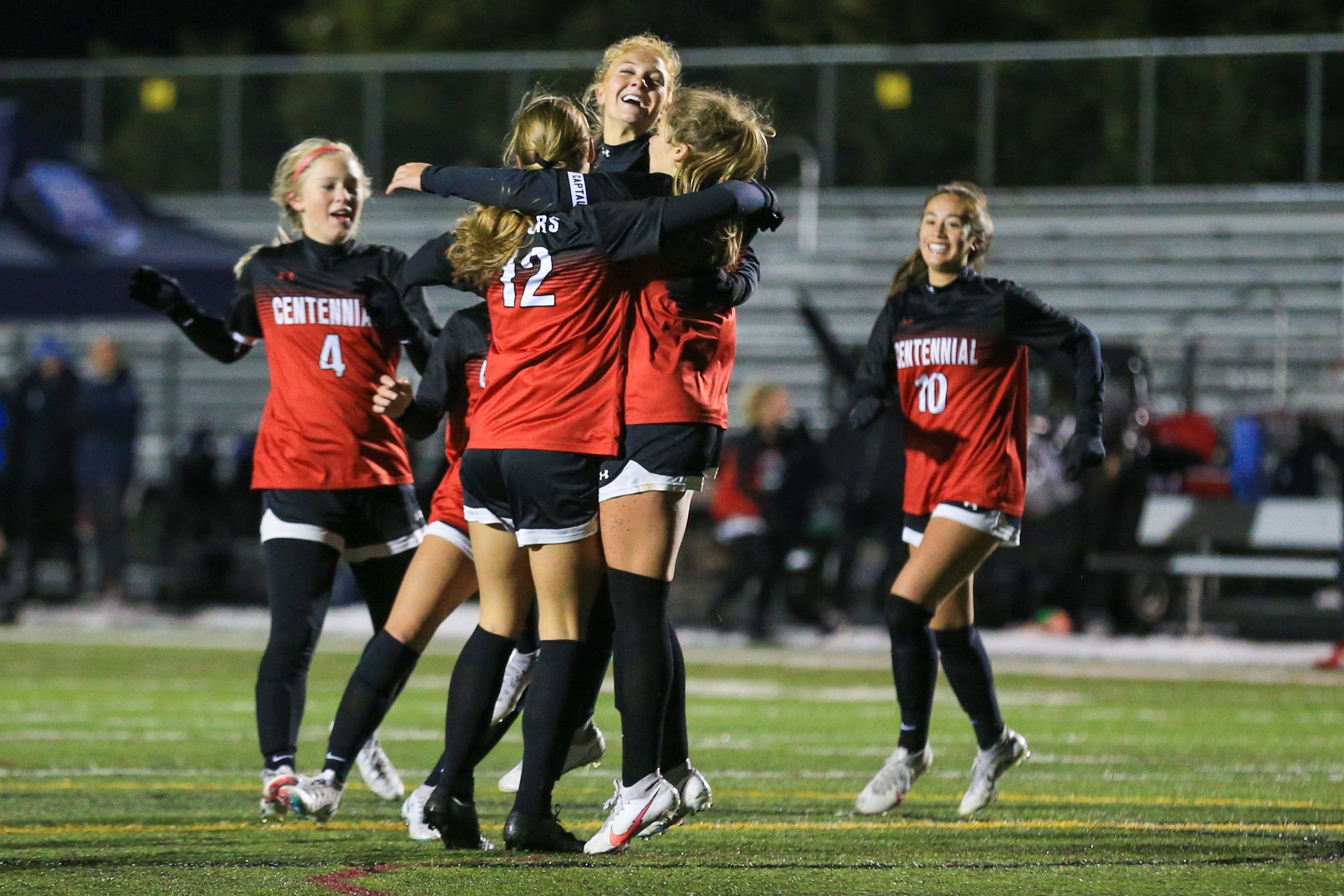 The Centennial girls' soccer team defeated all but one opponent last year: Champlin Park. The Northwest Suburban Conference rivals meet Sept. 30 in a matchup with plenty of intrigue. Photo by Jeff Lawler, SportsEngine

Minnesota high school fall sports are getting back to a more typical schedule, with the boys’ and girls’ soccer seasons set to get underway in late August.

The most notable development this year, however, may be that boys’ and girls’ soccer is expanding to three classes. The change was a result of the increasing number of teams fielded by schools and the need for more competitive balance in the postseason.

We'll have to wait for October to see if that plays out, but for now, we want to spotlight a few regular-season showdowns of note.

The Centennial girls proved to be one of the more dominant teams in the state a year ago, outscoring opponents 75-9 and rising to No. 4 in the final Class 2A coaches poll. One team the Cougars couldn't crack: Champlin Park. The Rebels defeated their Northwest Suburban Conference rival 3-2 in mid-September — the only loss for Centennial that season. That victory helped Champlin Park finish the year ranked No. 5 in Class 2A, but it wasn't enough to prevent Centennial from taking home the league title. The Rebels' 4-4 tie with Blaine in early October was the difference in the the conference championship residing in Circle Pines and not Champlin Park.

Both teams moved to Class 3A this year, but that might be a footnote to their showdown on Sept. 30, in a game that could help settle the league title as well as be a postseason preview.

The Waconia girls not only move up to a new class this season but also into a new league — the Metro West Conference — where the Wildcats have a chance to sharpen their postseason claws playing against several teams from Class 3A. But it's a Class 2A team that may be the thorn in their quest for a league title.

Waconia faces Benilde-St. Margaret's in the regular-season finale on Oct. 7, and the Red Knights have won the league title four of the last six season seasons. Benildle-St. Margaret's finished 2020 ranked No. 2 in Class 1A and won the Section 5 championship. The Red Knights move up a class this season.

The boys schedule begins with 68 games on August 26, and that first day does not disappoint with a high-profile matchup between Wayzata and Lake Conference rival Edina.

Wayzata finished the 2020 campaign ranked No. 1 in Class 2A and as Lake Conference champions before winning the Section 6 title with a 3-2 victory over Minneapolis Washburn. Those successes, however, likely didn't help clear the bad taste of a 1-0 loss to Edina  — and the Trojans' only defeat of the season — in second of two regular-season showdowns.

Edina started the season with a 2-1 loss to Wayzata in the first of their meetings but bounced back to win all but one more game and finish the year as the Class 2A, Section 2 champion. The Hornets, who fell to Minnetonka 1-0 in mid-September, ended up at No. 4 in the season's final rankings.

Both teams are now in Class 3A, and a victory for either in their season opener could set the tone for the entire Class 3A field this season. The Trojans host the Hornets in the second of their regular-season meetings on Sept. 21.

Holy Angels boys' soccer won  the Class 1A, Section 3 title and posted an 11-1-1 overall record in 2020. The Stars closed the season with the No. 3 ranking in Class 1A. They are now in Class 2A, but they haven't moved on from many of their natural rivals.

Holy Angels faces DeLaSalle (Sept. 21) and Richfield (Sept. 28), teams that also moved up class, in Tri-Metro Conference play. The showdown with Richfield could be a precursor to the section playoffs, where the Stars defeated the Spartans to secure the Class 1A, Section 3 championship a year ago.

See the full boys' schedules here and the girls' schedules here, or click on the "Search" bar and type the name of your favorite team into the "Team Finder" tab to find that team's individual schedule.

If your team's schedule hasn't been posted or is incomplete email scores@sportngin.com with the necessary information.