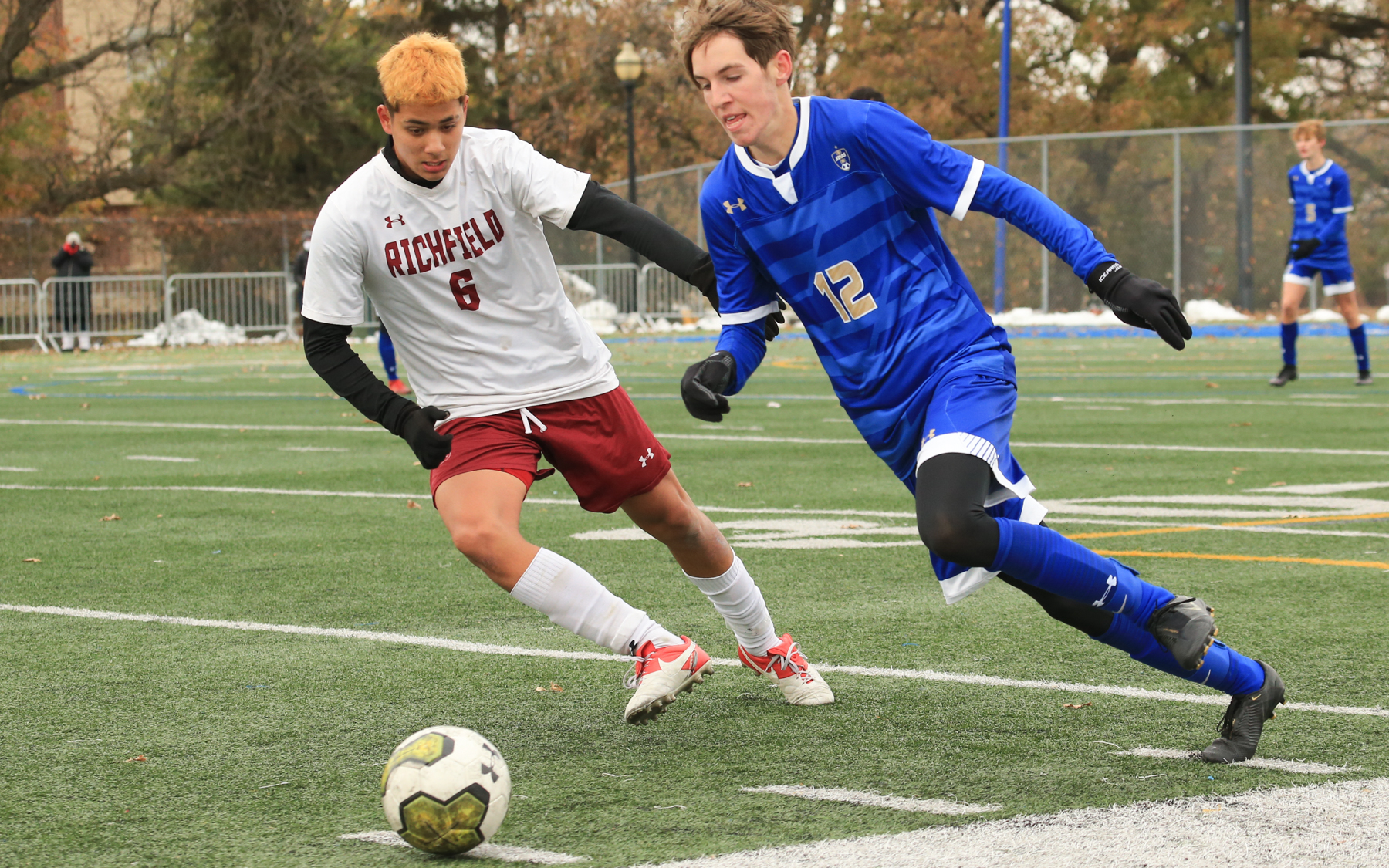 Holy Angels senior Jack Menke (12) races for a loose ball as Richfield’s Osvaldo Avila Rodriguez pursues. Menke had a goal in the Stars’ 4-1 victory over the Spartans in the Class 1A, Section 3 final. Photo by Jeff Lawler, SportsEngine 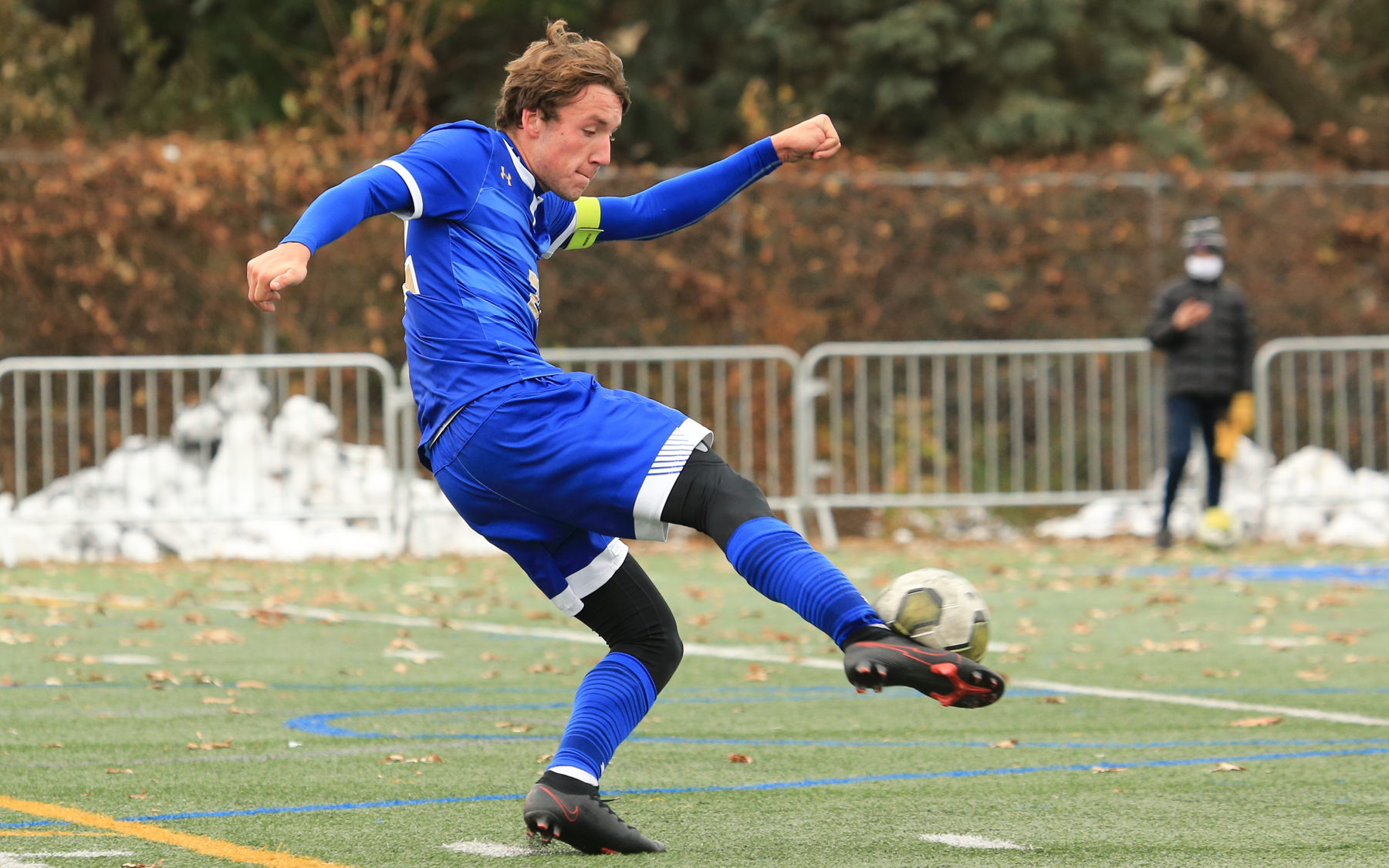 Holy Angels’ Carter Hermanson gets off a shot during the second half of Saturday afternoon’s match against Richfield. Hermanson had two goals in the Stars’ 4-1 Class 1A, Section 3 championship victory over the Spartans. Photo by Jeff Lawler, SportsEngine

Junior Carter Hermanson had two goals to lead Holy Angels to a 4-1 victory over crosstown rival Richfield in the Class 1A, Section 3 championship Saturday afternoon at the StarDome in Richfield.

Hermanson opened the scoring for the top-seeded Stars (11-1-1) in the 15th minute with a tap in off a crossing pass from Aidan Smith who won a well placed free kick to the left of the Richfield goal. Hermanson added a second goal in the 64th minute which gave the Stars a 3-1 lead.

The Stars also got second-half goals from Jack Menke and Smith. Menke’s tally in the 51st minute proved to be the game-winner, while Smith added a late goal and two assists in Holy Angels’ victory.

The third-seeded Spartans’ (10-2-2) lone goal was scored by junior Rodrigo Castaneda Rodriguez on a penalty kick in the 52nd minute.

The match was the third meeting between the two teams this fall, with each having suffered their only loss in the regular season to the other. The Stars fell to the Spartans 1-0 at Richfield on Sept. 29, only to return the favor at home the following week by defeating the Spartans 3-2.

With the victory, Holy Angels has won three consecutive section titles. Due to the COVID-19 pandemic, however, there will be no soccer state tournament to advance to this year. 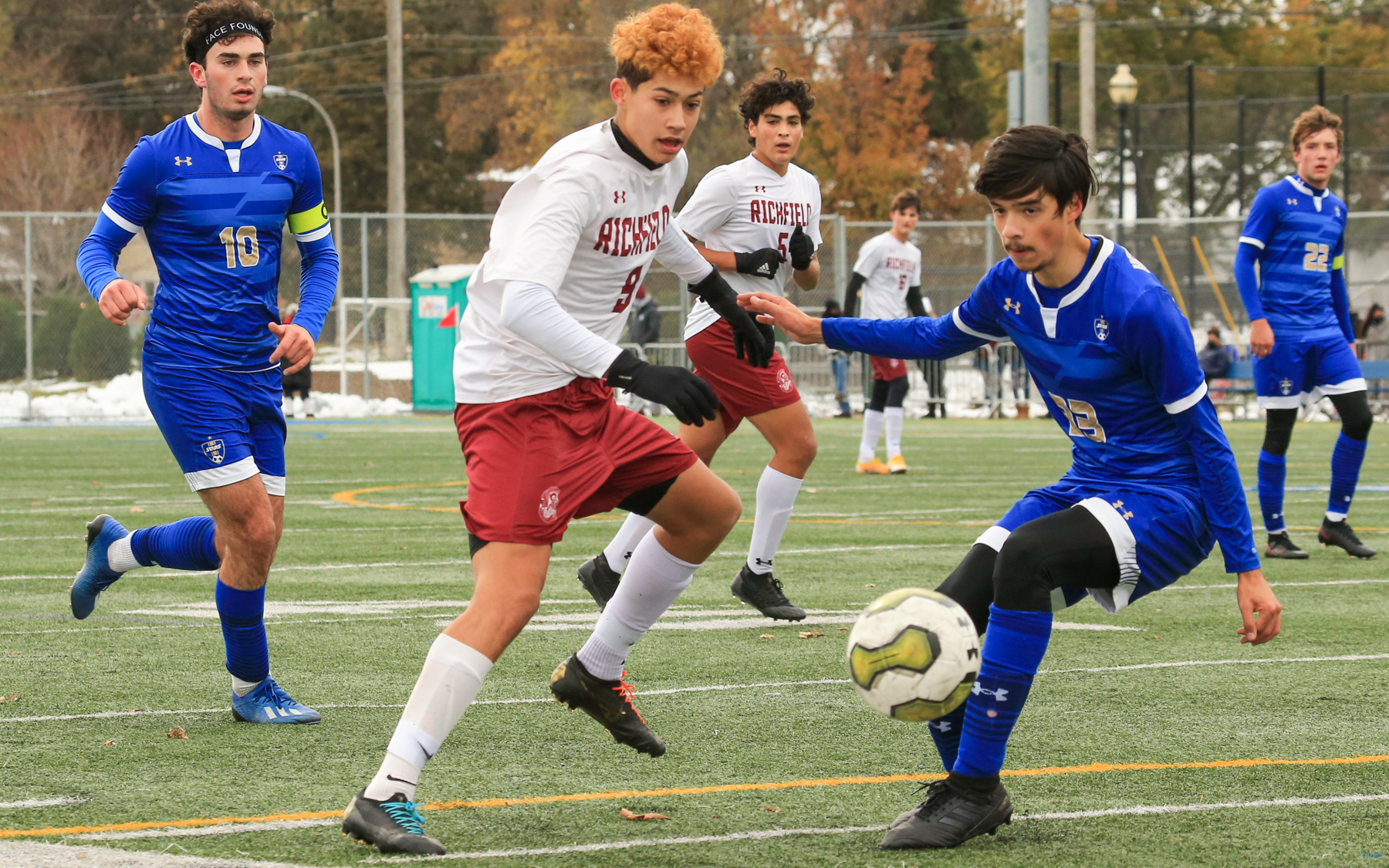 Richfield’s Rodrigo Castaneda Rodriguez (9) taps the ball back to a teammate on a give-and-go play against Holy Angels Saturday afternoon. The Spartans fell to the Stars 4-1 at the StarDome in Richfield. Photo by Jeff Lawler, SportsEngine