Dylan Olson scored the game-winning goal, his 19th goal of the season, helping his Skippers defeat the Eagles. 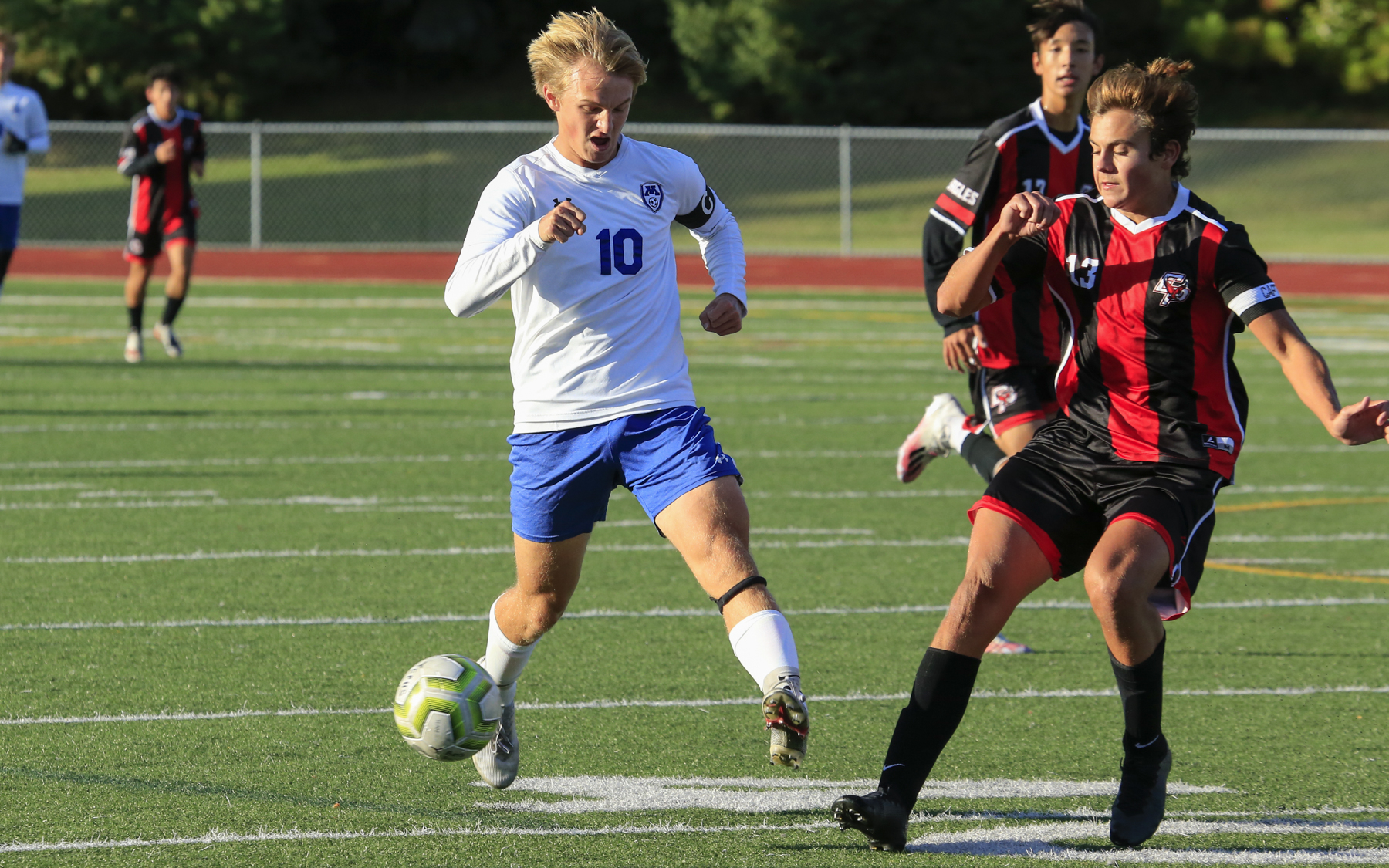 Minnetonka's Dylan Olson (10) gains position in front of Eden Prairie's Cole Nelson (13) during Thursday evening’s match. Olson’s goal late in the second half gave the Skippers a 1-0 victory over the Eagles. Photo by Jeff Lawler, SportsEngine 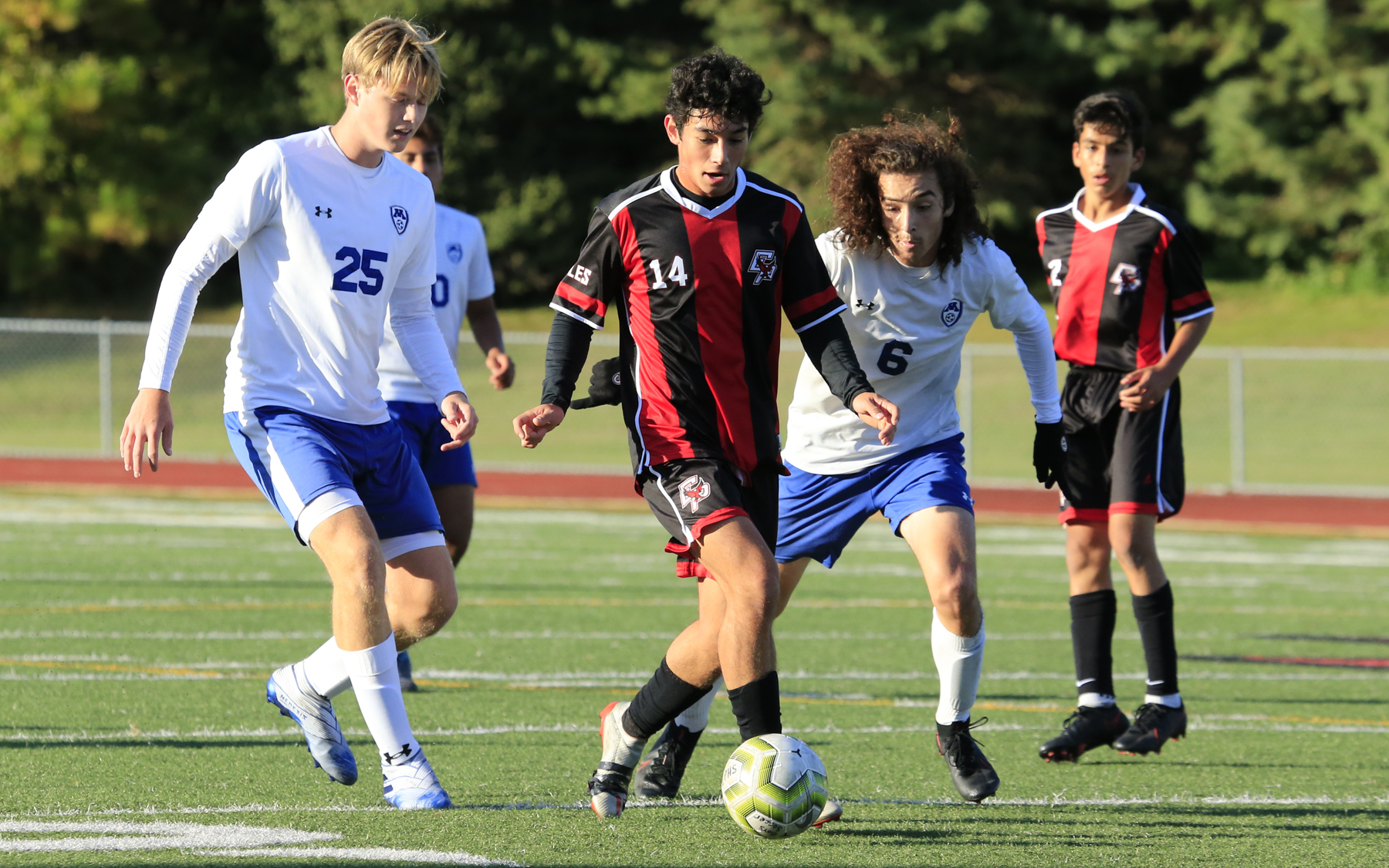 Olson’s free kick from 25 yards out beat Eden Prairie goalkeeper Steven Mattison as it curled into the right corner of the net. The goal was Olson’s 19th of the season for the Skippers, who are ranked No. 2 in the Class 2A coaches’ poll, placing him as the state's No. 2 scorer with one week remaining in the regular season.

Minnetonka (7-2-0, 7-2-0) controlled offensive possession for the majority of the game. The Skippers finished with 12 shots on goal, with Mattison making 11 saves for the Eagles.

The Eagles (3-4-3, 2-4-3) were stymied by the Skippers back line and were never able to muster a sustained offensive attack of their own. Skippers goalkeeper Jamie Deneen was not called upon to make any saves in the game, yet still recorded the team’s sixth shutout of the season.

With the victory, Minnetonka has won six consecutive matches against the Eagles dating back to the 2017 season. 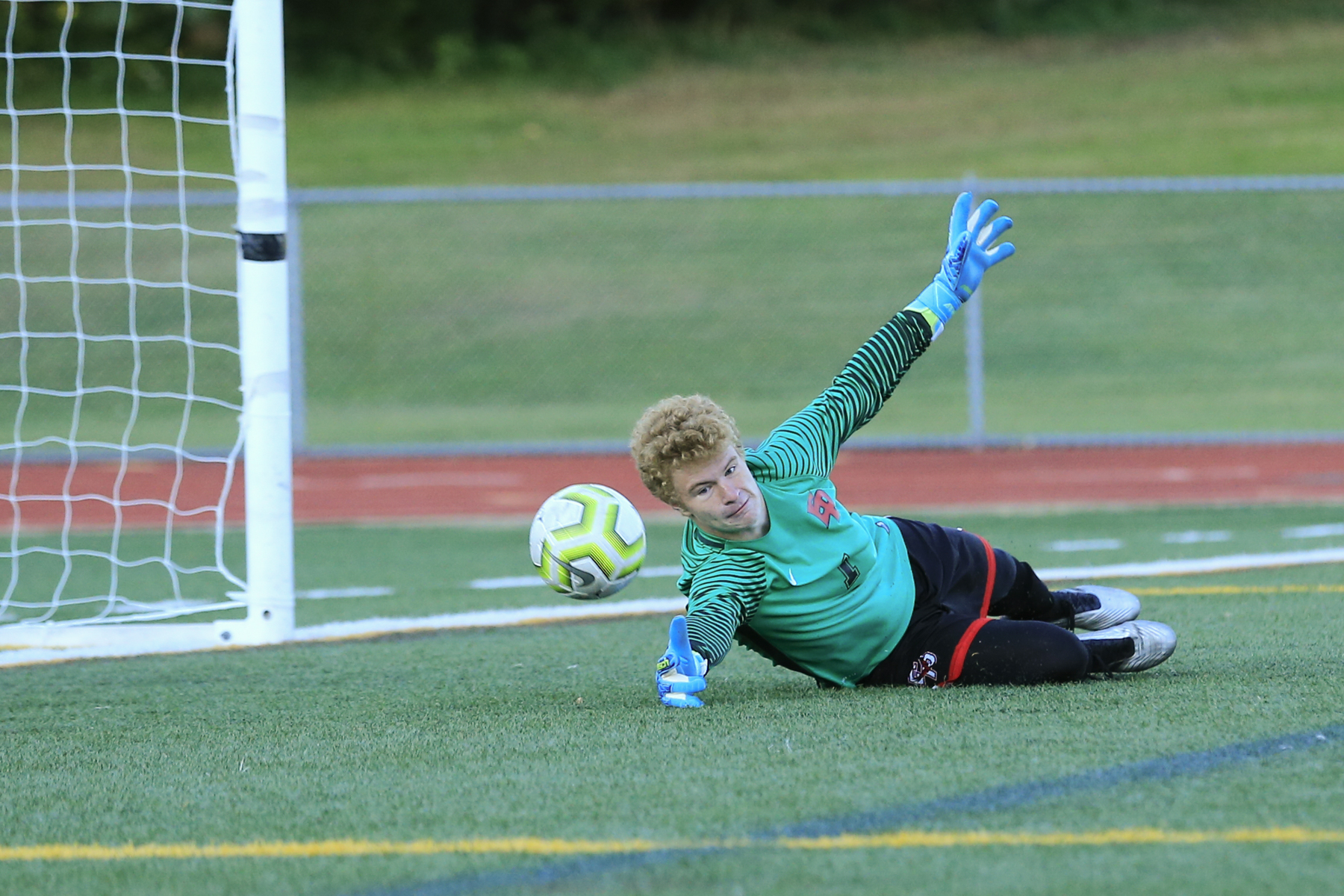 Eden Prairie goalkeeper Steven Mattison (1) dives to make a save in a Lake Conference tilt against Minnetonka Thursday evening. The Eagles fell to the Skippers 1-0 in Eden Prairie. Photo by Jeff Lawler, SportsEngine