The Ponies got goals from Sophia Steblay and Lexi Huber to put away the Bears. 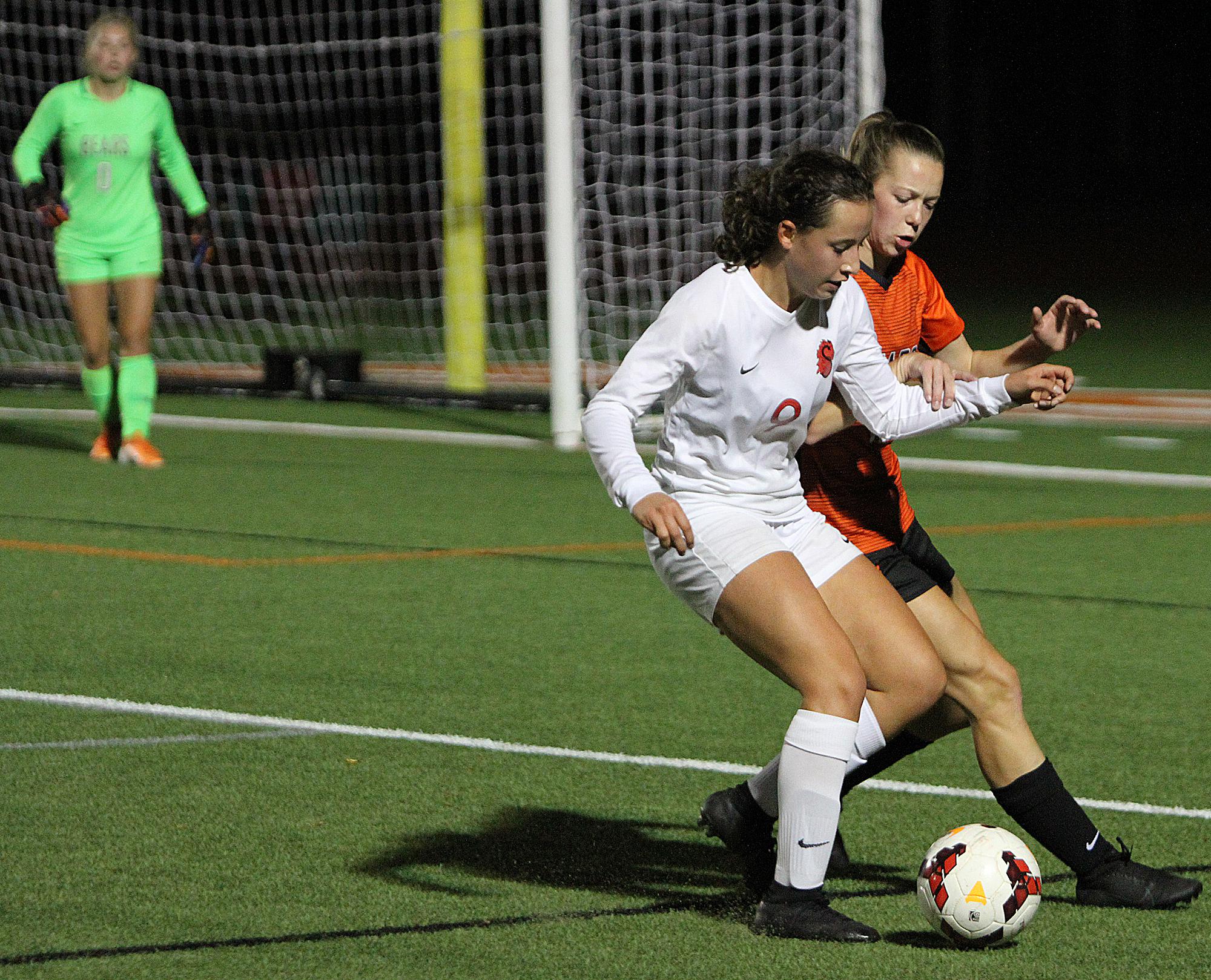 Stillwater's Marissa Bonilla battles for the ball along the sideline late in the second half. Stillwater shut out the host Bears for a 2-0 win that keeps them in first place atop the conference standings. Photo by Drew Herron, SportsEngine

This season is not what Stillwater expected coming off a Class 2A state tournament appearance last fall. And while this season has been shorter than what’s standard, the Ponies’ experienced offense hasn’t missed a step.

Looking back at the Ponies’ nine games to date, it’s hard to miss their offensive production.

Stillwater, ranked No. 4 in the Class 2A coaches’ poll, has scored 36 goals this season, averaging four goals per contest in that span.

Ask coach Mike Huber what has spurred the scoring, and he will give credit to a veteran front line. Led by seniors Sophia Steblay and Lexi Huber, and junior Marisa Bonilla, the three are in their third season as starting forwards.

"Probably across the state, if you look at it, I don't know if there is really as talented a group as those three," Mike Huber said. "Most teams are lucky to have one or two good forwards, and we're very fortunate to have three good forwards that have played together for the past three years." 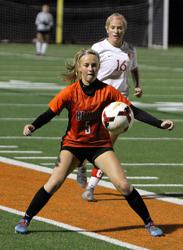 Last season, the trio helped propel Stillwater to a 16-win season and a Class 2A, Section 4 title. In the first round of the state tourney, however, the Ponies fell 2-1 to Champlin Park after a deciding shootout.

Coming off their tourney run, and coming back with some talented returners, the Ponies had reason to set some big goals for this fall.

With this being the final year of prep sports for many seniors on the team, like Stillwater's Lexi Huber, not knowing whether they would get a season after the COVID-19 pandemic halted sports in the spring left many worried for fall sports.

"It's obviously a shorter season but I'm just thankful we had a season with the whole COVID[-19] thing," Lexi Huber said. "I was getting scared for senior year, that we weren't even going to have one."

Lexi Huber has been the Ponies’ top scorer this season with 13 goals and five assists. Steblay, meanwhile, has tallied seven goals and six assists, and Bonilla has nine goals and an assist.

Conference tournaments are next for some of the state's teams, including for Stillwater, No. 7-2A White Bear Lake, and other Suburban East teams. Section playoffs will follow in October but there’s still been no official determination on whether there will be a state tournament.

Whether those tournaments will be completed or not, the Ponies are thankful for each day they get to play

"I've always told the girls any game could be our last," Huber said. "We don't know when it's going to end. So our focus right now is the conference [tournament]." 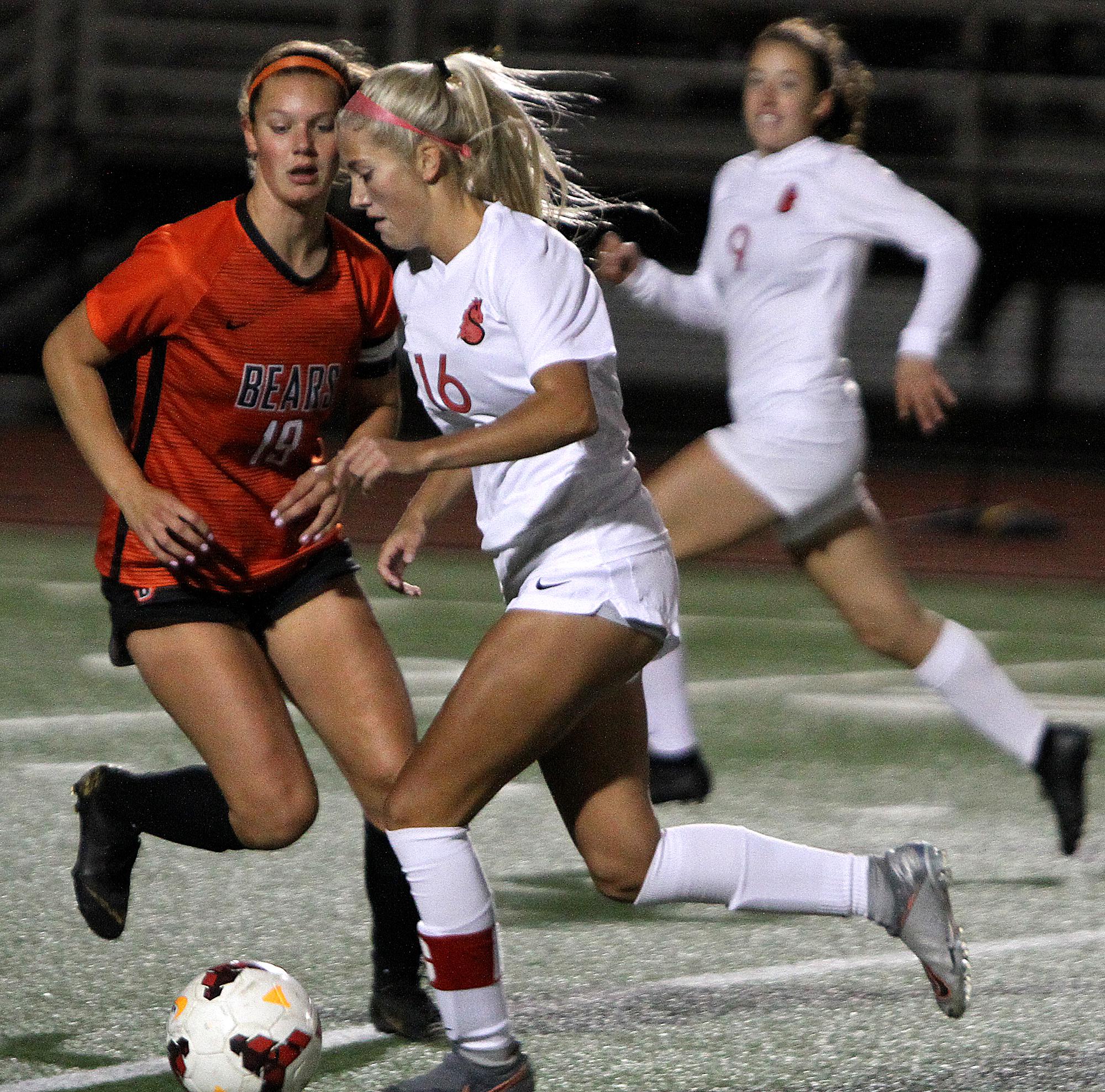 Stillwater continues to roll without a loss this season after defeating White Bear Lake 2-0 on the road Tuesday to wrap the regular season.

A first-half goal from Sophia Steblay and a second-half strike by Lexi Huber helped the Ponies, ranked No. 4 in the Class 2A coaches’ poll, keep its spot atop the Suburban East Conference standings in a pandemic-shortened season. Huber’s tally was her 13th goal of the season to lead Stillwater (8-0-1, 8-0-1).

White Bear Lake (7-2-0, 7-2-0) used its usual two-goalkeeper rotation, with Tristian Lehner and Haley Vokaty each playing one half for the No. 7-2A Bears in Tuesday's match. Each made three saves.