In addition to some timely scoring, the Mustangs got a big contribution in a key moment from freshman goalkeeper Logan Langer. 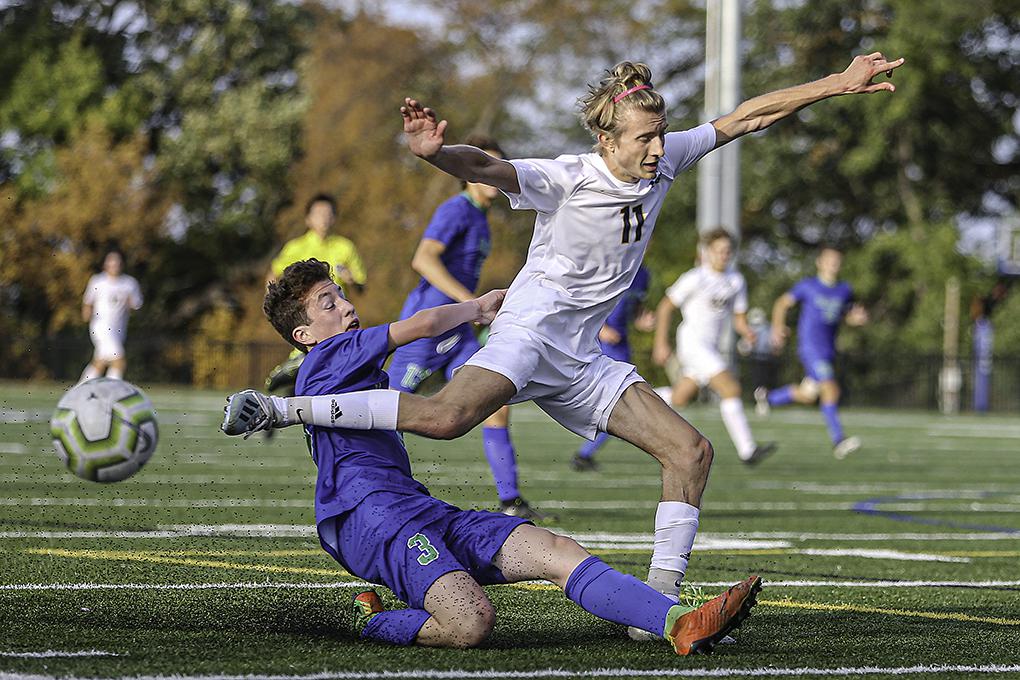 Breck senior Spencer Chapman (11) is upended by Blake defender Jonah Halper (3) on his way to the goal in the first half. Breck scored three times in the game's last 15 minutes to win 4-1. Photo by Mark Hvidsten, SportsEngine 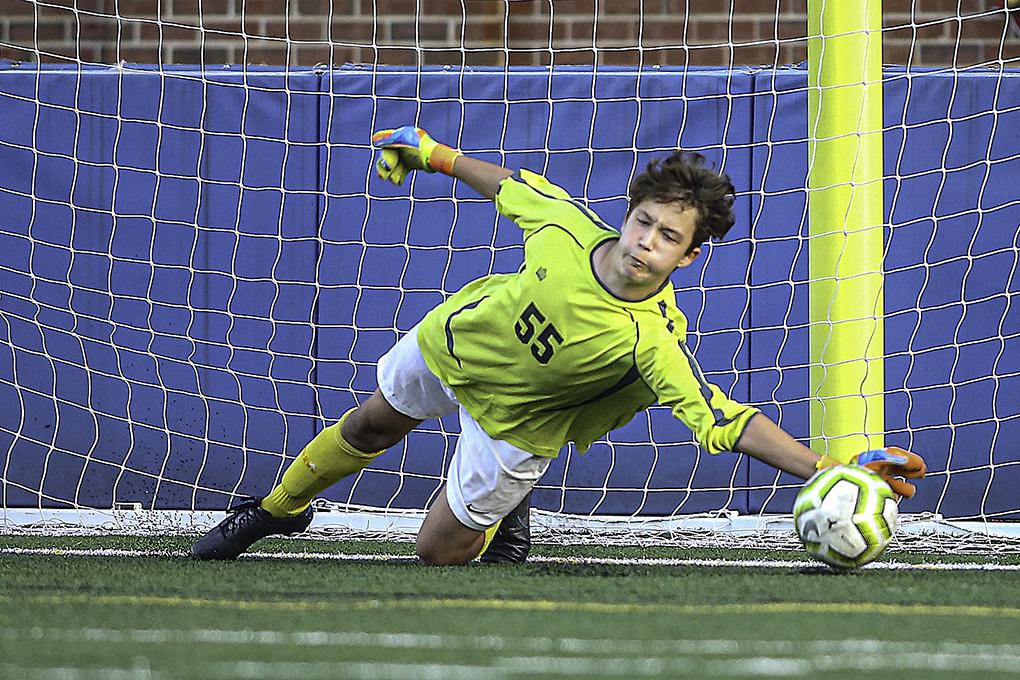 Freshman goaltender Logan Langer made the stop on a penalty kick by Blake's Keegan James to preserve a 2-1 lead with nine minutes to play. Photo by Mark Hvidsten, SportsEngine

Breck coach George Stuempfig put his arm around freshman goalkeeper Logan Langer, gave him a little pep talk and sent him onto the field to face what was easily the most pressure-filled situation Langer has encountered in his young soccer career.

Langer was up to the task. He took his coach's advice, guessed left, dived and knocked away a penalty kick by Blake's Keegan James to preserve a 2-1 lead, igniting a fire which guided the Mustangs to a 4-1 victory on the field of their most fierce rival on Thursday night. 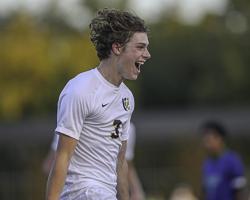 Langer is Breck's backup goaltender. He had played just 120 minutes — one full game and half of a game — before Thursday's tilt at No. 3-1A Blake.

He came into the match for the first time with 24:27 left in the second half with the Mustangs leading 1-0 when starter Manni Lulavy went to the sidelines with a leg injury. Langer gave up a goal to Blake's Matthew Carlson with 18 minutes left to play, and left the field with a 2-1 lead when Lulavy reentered with 15:10 remaining.

Coleman McNally, who has notched five assists for Breck this season, got his first goal this year less than two minutes after Carlson tied the game.

It appeared the Mustangs had regained control.

But then Blake's Benji Pomonis got free and had an open path toward the goal before he collided with Lulavy. Pomonis left the game with a shoulder injury and Lulavy was issued a yellow card and sent to the sidelines. James was awarded the free kick and Stuempfig had to call Langer off the bench a second time.

Stuempfig was rooting for his young goalkeeper, but he also acknowledged thinking about how he would rally his team if the game was suddenly tied. Langer said he was nervous but not worried.

The freshman made the play and his excited teammates rallied for two more goals in the final three and a half minutes.

"That save on the penalty kick [saved us]," Stuempfig said. "If they score, it's 2-2 and they might get the momentum."

No worries. Langer had it covered. 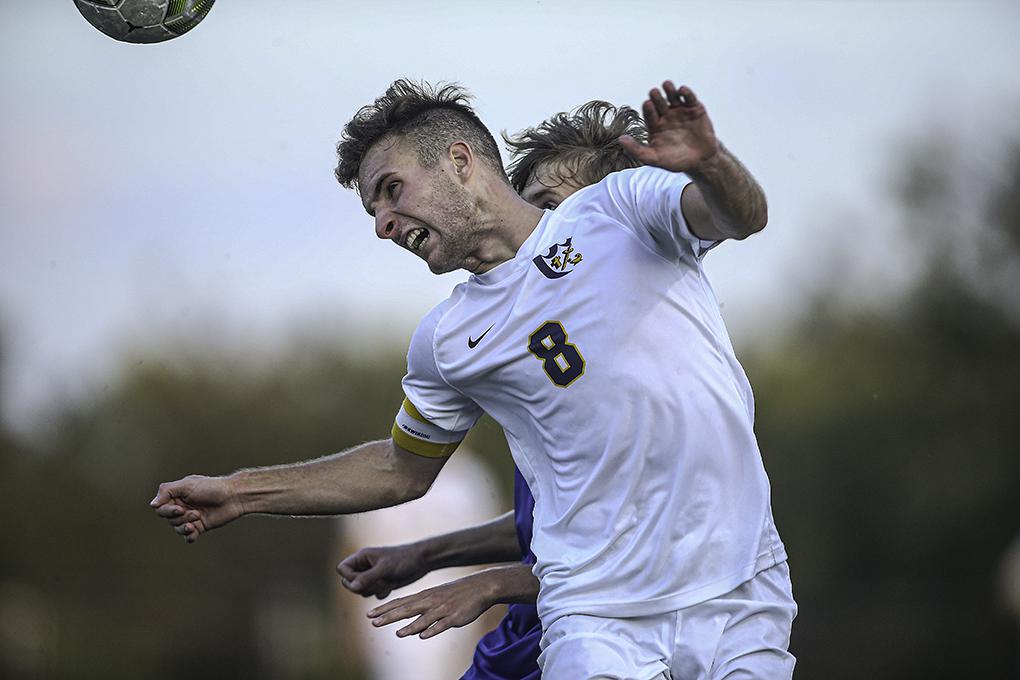 Breck's Lucas LeWin-Mills directs the ball toward a teammate in the second half. Photo by Mark Hvidsten, SportsEngine