Matthew Zander and Will Guttery scored, helping the Cadets, who may be out of regular-season matchups, stay atop the Metro East Conference standings. 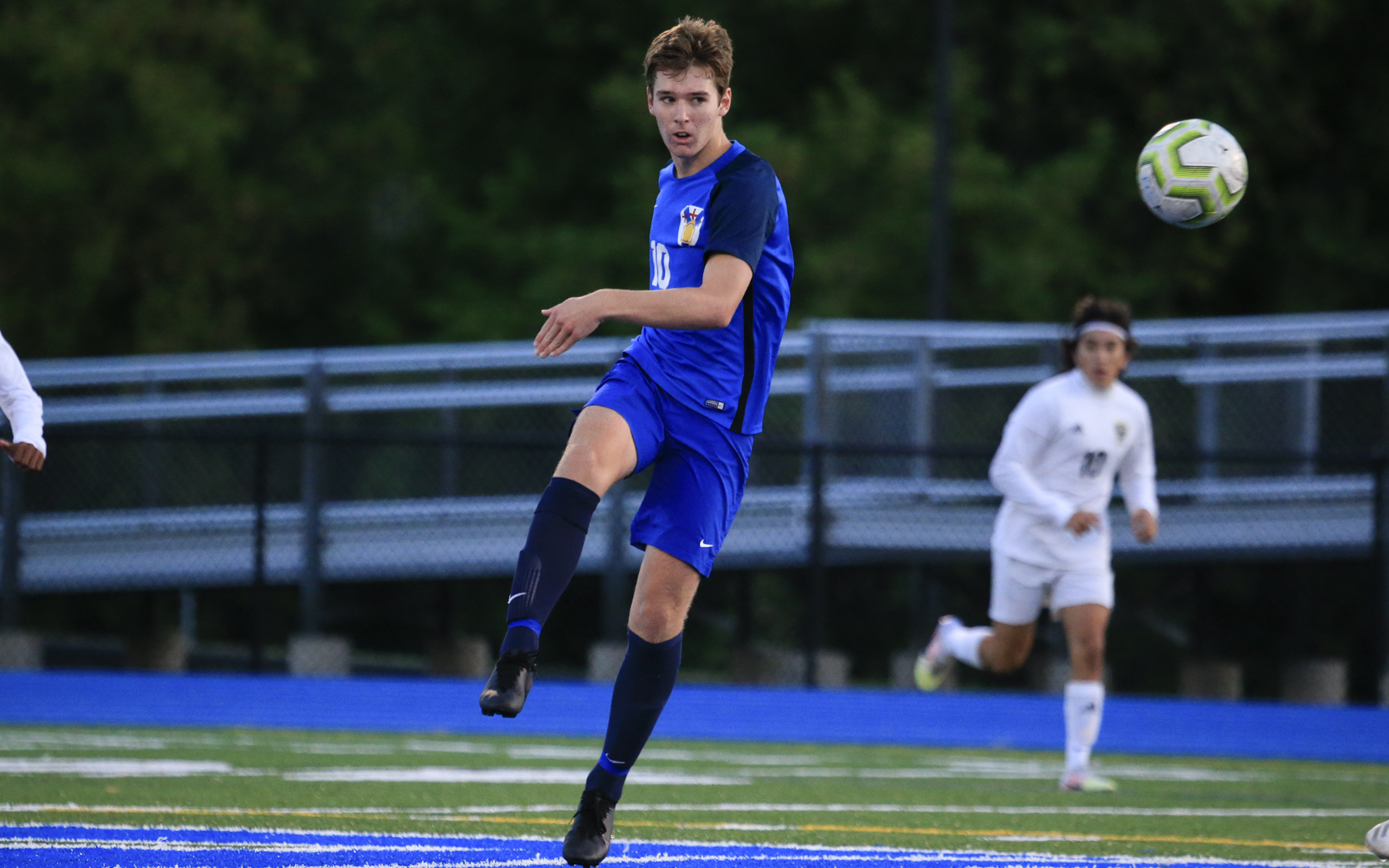 St. Thomas Academy's Matthew Zander (10) sends a ball deep into the Mahtomedi end Thursday evening. Zander had a goal for the Cadets in their 2-1 victory over the Zephyrs in Mendota Heights. Photo by Jeff Lawler, SportsEngine 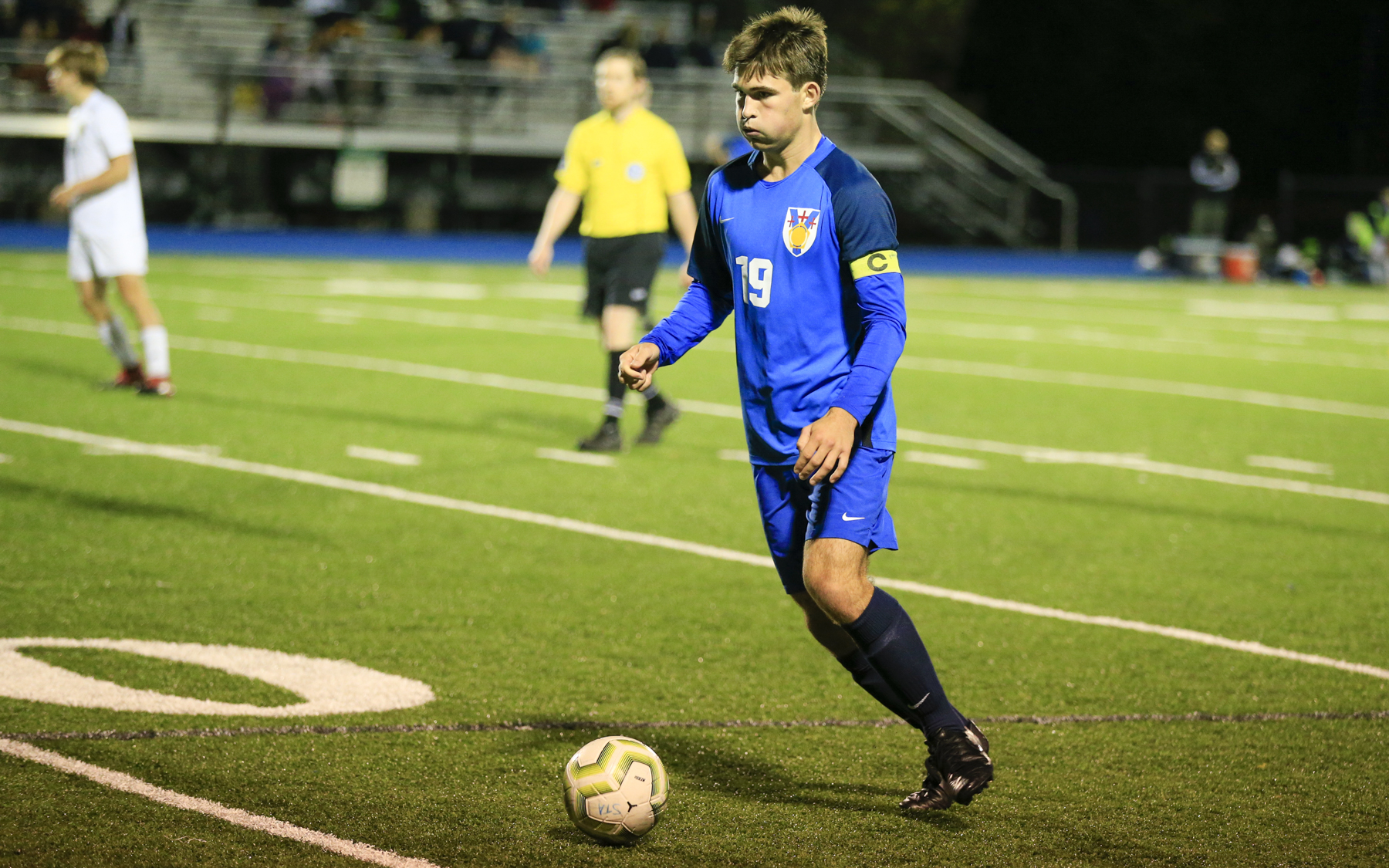 St. Thomas Academy's Will Guttery (19) scored the game-winning goal for the Cadets in their 2-1 victory over Mahtomedi Thursday night in Mendota Heights. Photo by Jeff Lawler, SportsEngine

Many things have been fluid regarding sports while the country deals with the COVID-19 pandemic which has led to altered plans, a shortened fall prep season and, in some instances, forced cancelations.

This means seizing the opportunities that are provided, which St. Thomas Academy did Thursday night as the Cadets upended Metro East Conference foe Mahtomedi, ranked No. 9 in the Class 1A coaches’ poll, 2-1 at St. Thomas Academy.

With goals from sophomore Matthew Zander and senior Will Guttery, the Cadets took a 2-0 lead before Nolan Pratumwon recorded a second-half goal for Mahtomedi, getting the Zephyrs back in the game. The one goal was all Mahtomedi (3-1-0, 3-1-0) could muster, however, pushing the Cadets’ winning streak to five games.

For St. Thomas Academy, sometimes altered plans includes not knowing who your next opponent will be. The Cadets (6-1-0, 6-1-0) were scheduled to host North St. Paul on Sept. 22 but that match has been canceled.

Cadets coach Brian Kallman said the team has been making attempts to add another match to the schedule to provide one more tuneup before flipping the script to a potential postseason; otherwise the Cadets’ triumph Thursday is the team’s final regular-season game before getting the opportunity to play in a conference tourney.

“There’s a makeup day Thursday, so we’ll potentially get one more game in before playoffs,” Kallman said.

For Guttery, who scored the game-winning goal Thursday, the pandemic wreaked havoc on his summer club season. Guttery, a member of the Saint Paul Blackhawks Soccer Club, said his club season was trimmed to only a handful of socially distanced practices with no games played.

The Cadets’ program was able to make up for some of that lost game time with summer practices.

“I think it was a struggle for all of us at first,” Guttery said. “We were a little off probably up until mid-August, but we had done a lot of captains practices, so that kind of took the place of the club season.”

The Cadets, along with all the other high school teams statewide, still lack a concrete idea of what will happen next as the regular season wanes.

For now, the only scheduled postseason action for Minnesota teams is end-of-the-season conference tournaments for some leagues, including the Metro East. However, with the Minnesota State High School League continuing to look at sports offerings with the pandemic, the Cadets are holding out hope that news will soon come of section and perhaps state tournaments.

While soccer has had its season reduced, other sports statewide have not been able to play this fall. Knowing that, Kallman knows his Cadets could be worse off.

“The football boys are out here, you know, they’re only able to practice,” he said. “So we’re just grateful that we’re able to play a little bit.”

Many of the Cadets have friends who have seen their football seasons postponed with hopes they can start a season, either later this fall, or in the spring. Guttery said a majority of his friends are football players and a few of them have volunteered to be managers with the soccer team.

That’s helped put things into perspective for him.

“I’m hoping they choose to play sections and state, that would be awesome,” Guttery said. “I guess we have the conference tournament coming up, too. So if we don’t get sections and state that will be fun, too.”

The Zephyrs, ranked No. 9 in the Class 1A coaches’ poll, fell in a two-goal deficit after sophomore Matthew Zander and senior Will Guttery scored, pushing the Cadets (6-1-0, 6-1-0) to victory. Zander’s tally came in the 15th minute after he took control of a ball that bounced over the opposing goalkeeper’s head and buried it into the back of the net.

In the second half, Guttery forced a bouncing ball through traffic in the Mahtomedi (3-1-0, 3-1-0) box to add what ended up being the game-clinching goal with less than 17 minutes remaining.

Nolan Pratumwon provided Mahtomedi with a late push by adding a goal with four minutes left, but St. Thomas Academy held on. 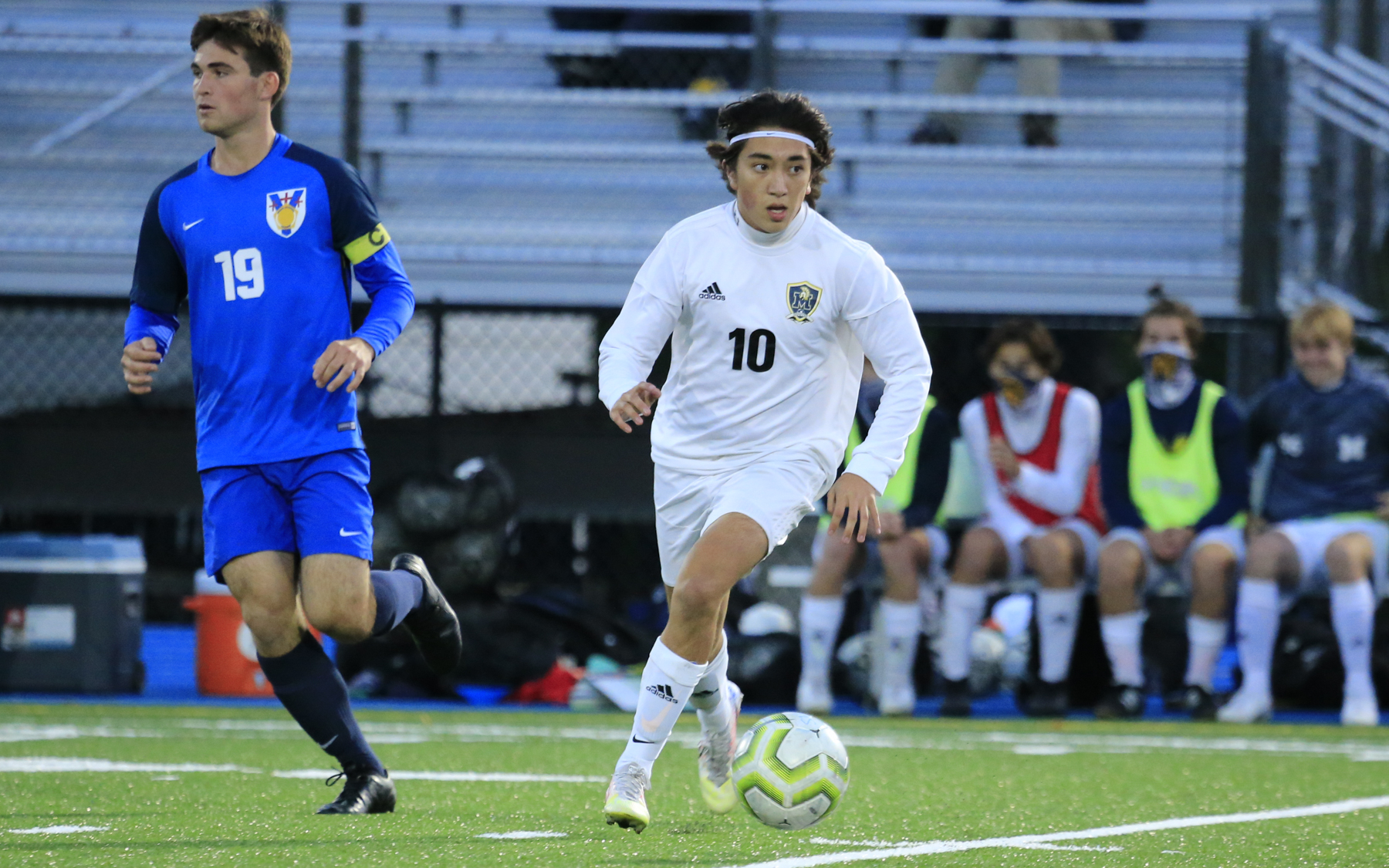