Enrique Rios' goal for the Royals represented the first time a team scored on the Raptors this season. 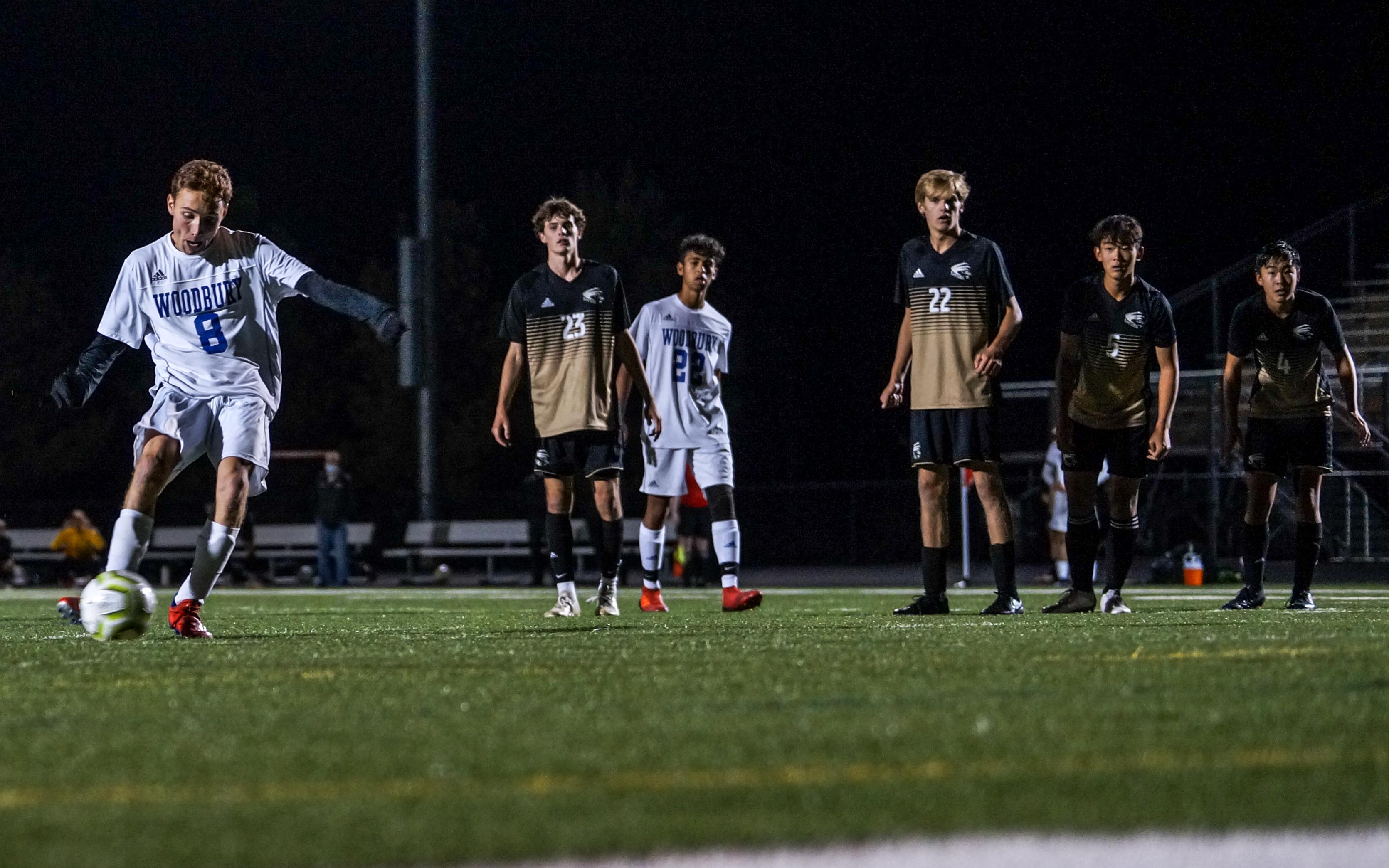 Woodbury's Enrique Rios (8) sends a penalty kick on goal while teammates and East Ridge players look on. Rios scored on the shot giving the Royals a 1-0 victory. Photo by Korey McDermott, SportsEngine 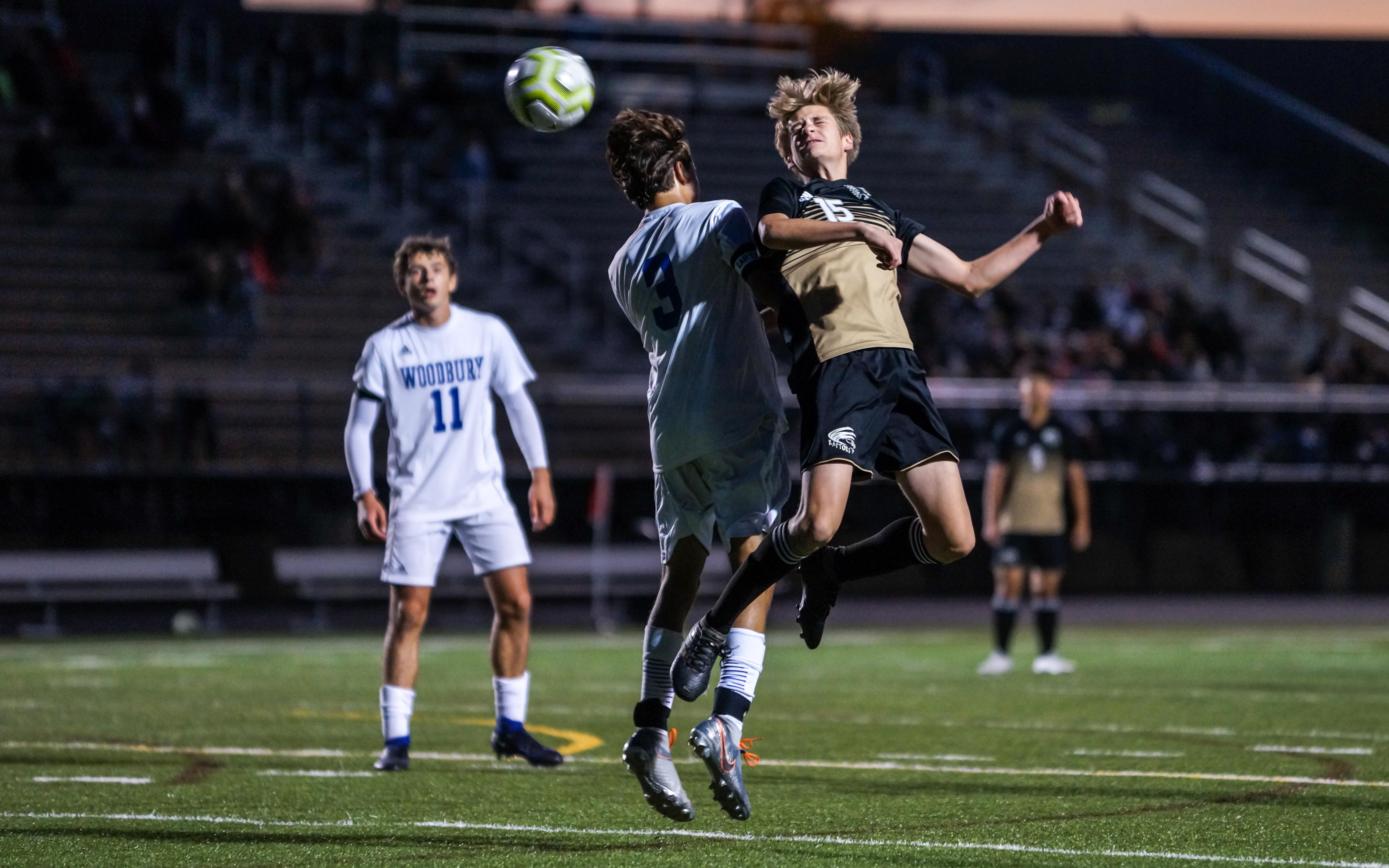 Woodbury coach Joe Quintavalle described it as some type of hex.

The coach's teams have been no slouches in recent years, but intracity rival East Ridge had the upper hand in four of the last five meetings between the teams, including the last three.

An East Ridge handball in front of its net with 36 seconds left in the second half gave Rios, a senior midfielder, a chance to win it for Woodbury. His penalty kick beat the goalkeeper low and left to give the Royals (2-1-1, 2-1-1) a 1-0 triumph over the Raptors (3-1-0, 3-1-0). Rios’ strike was also the first goal scored on the Raptors all season.

What appeared to be a controversial whistle left the Raptors smarting into the postgame of a pivotal Suburban East Conference matchup that could also have implications in Class 2A, Section 4 — if there will be postseason soccer this year.

"It was 0-0, [the Raptors] were kind of losing their calm," Rios said. "So then I was like ‘We’ve got to make this count. This is where we can put them over the edge and take the three points.’ I was lucky to get that penalty, honestly." 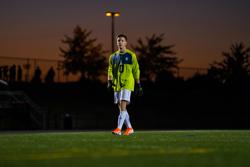 Rios maintained his calm and wore a poker face regarding where he planned to go with the kick.

“I know one of the East Ridge players was trying to point out to the goalie where I was going to go,” Rios said. “Then I was just like ‘This is the situation where I can turn the game on its head.’ They wanted the pressure to be on me, but the pressure should be on the goalie. So I tried to just be relaxed and go wherever [with the kick].”

East Ridge, ranked No. 5 in the Class 2A coaches’ poll, had a lead in the Suburban East standings prior to the game and was the lone remaining team in the league without a tie and/or a loss. The Raptors were also on pace for the top section playoff seed ahead of Woodbury — all critical advantages when considering how the season has been shortened as a result of the COVID-19 pandemic.

“Both teams are pretty equal every year. Both teams are really good but for whatever reason we struggle with them,” Quintavalle said. “So it was nice to come out tonight after we lost to Irondale, which was an upset. Coming back tonight was huge for us.”

After falling 3-1 to Irondale a week ago, Quintavalle credited the Royals' bounceback to the team returning to their roots as a high-possession team. East Ridge did have its chances, including an Oscar Lagravere shot that sailed just over the crossbar with under 12 minutes to play.

In addition to holding their first three opponents scoreless this season, Wagner was the team’s keeper for 13 shutouts a year ago, helping propel East Ridge to a runner-up finish in the Class 2A state tournament.

The East Ridge defense held down a Woodbury attack highlighted by Devin Padelford Thursday. The senior midfielder had six of the Royals’ first eight goals of the season heading into the matchup.

Woodbury’s Dominic Cuoco posted his first shutout of the season. The Royals’ defense is now holding opponents to one goal per game.

“We know a lot of these guys. Growing up, we kind of had that friendly rivalry but this is definitely going to be good for our season,” Rios said. “Going forward, this could help us toward our push for a section title.”

A late handball and a subsequent penalty kick in the final minute of regulation proved to be the difference Thursday in Woodbury's 1-0 upset of crosstown rival East Ridge. Enrique Rios scored the first goal of the season against the Raptors in the Royals’ triumph at East Ridge High School.

The Raptors, ranked No. 5 in the Class 2A coaches’ poll, showed off their vaunted defense which held strong until a handball called near the Raptors’ goal with 36 seconds remaining in the game set the stage for Rios.

Senior goalkeeper Dominic Cuoco of Woodbury (2-1-1, 2-1-1) posted his first shutout of the season, lowering his team’s goals-against average to one.

East Ridge (3-1-0, 3-1-0) held down one of the state’s top goal scorers in Woodbury senior midfielder Devin Padelford. Padelford had six of the Royals’ eight goals in the team's first three games this season.

Thursday’s contest was a rematch of the 2019 Class 2A, Section 4 championship game, which East Ridge won 1-0 en route to a runner-up finish in the state tourney. Woodbury’s win opens the door for several teams in the Suburban East Conference to contend for this season’s conference crown as no league teams remain unblemished. 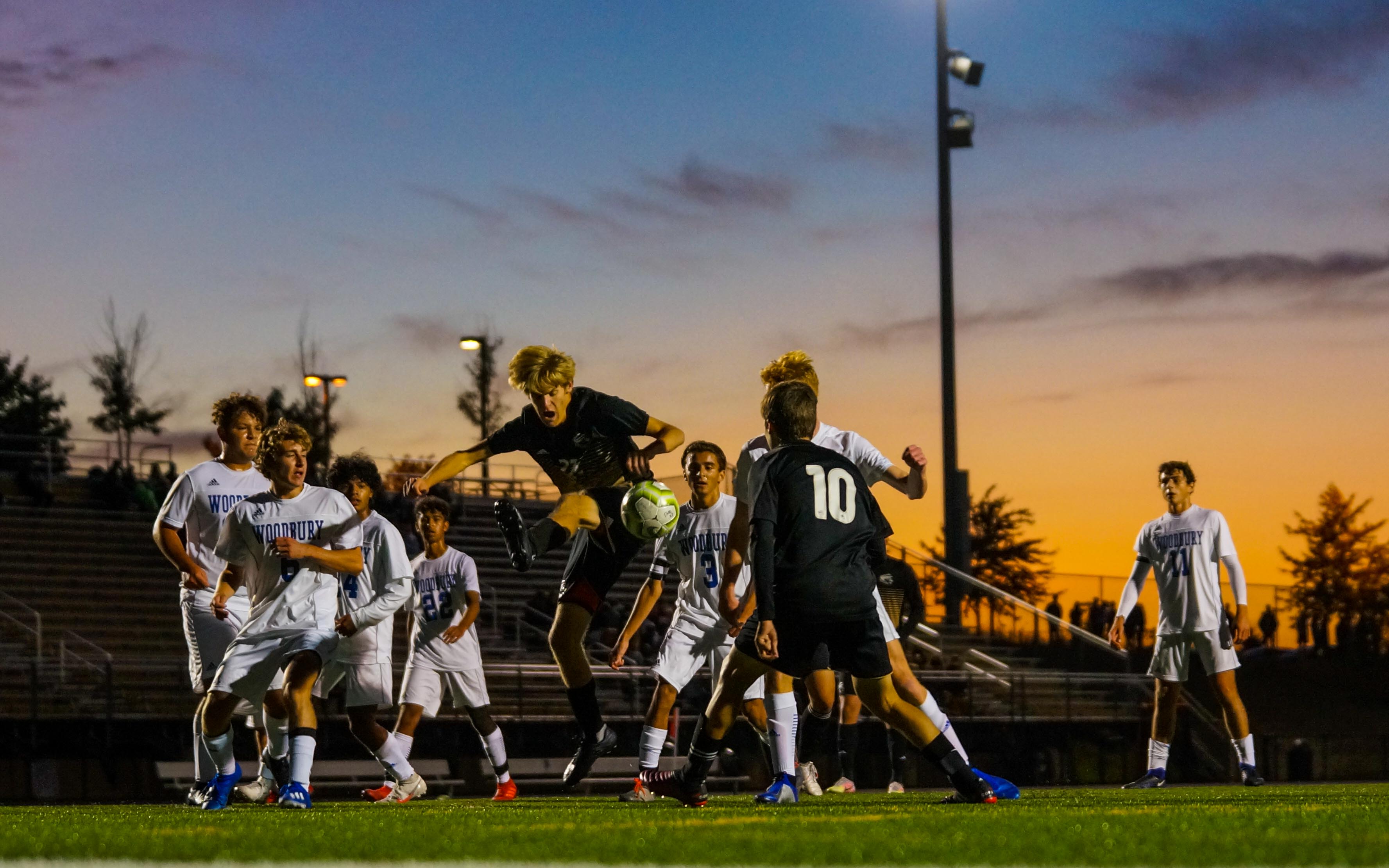