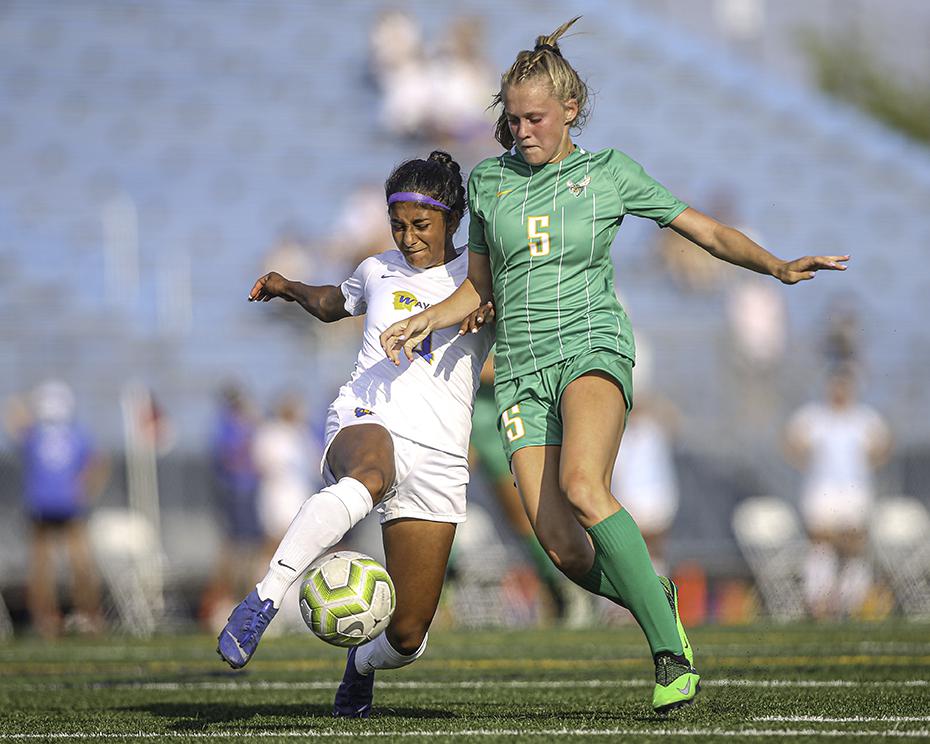 Edina's Maddie Dahlien (5) battled her way past Wayzata defender Ramira Ambrose (4) to get a shot on goal in the first half. Dahlien scored twice in the Hornets' 3-0 victory. Photo by Mark Hvidsten, SportsEngine 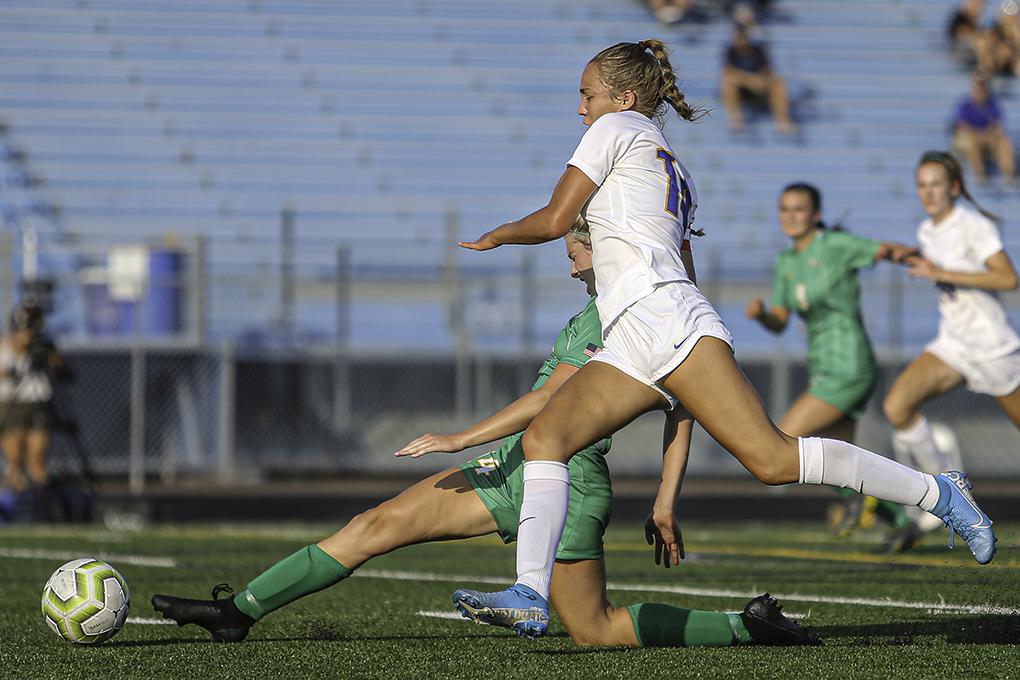 Many things look different from last year, but in Thursday’s 2020 season opener between Edina and Wayzata it was apparent one thing remains the same: Edina’s Maddie Dahlien is a dynamic scorer who makes opposing defenses miserable.

The junior forward had a masterful performance, scoring each of the Hornets first two goals. Her tallies helped push Edina to a 3-0 victory over Lake Conference rival Wayzata at Wayzata High School.

Dahlien was an offensive juggernaut a year ago for the Hornets, who are ranked No. 3 in the Class 2A preseason coaches’ poll. Her 23 goals and 16 assists last season helped her to a Class 2A all-state team selection. Her production also helped her earn a scholarship to play at North Carolina, one of the top college soccer programs in the country. 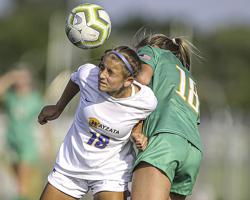 With a growing spotlight on her, the Tar Heel commit didn’t flinch in her season debut. Her first goal for Edina (1-0, 1-0) came thanks to her speed as she breezed past the Trojan defense and beat Wayzata goalkeeper Rebecca Carroll less than six minutes into the first half.

Dahlien made Wayzata (0-1, 0-1) pay with a free kick that beat Carroll for her second goal later in the opening half. She nearly had a third tally in the second half from about 15 yards out that smacked off the post.

Dahlien’s teammates followed suit by using their speed to make life difficult for the defense. That was evident with Edina’s third strike, which came off a penalty kick from senior Emma Frommelt. She earned the kick after being taken down on a breakaway.

“It was very good and encouraging to see that from her,” said Wayzata coach Tony Peszneker. “It’s disappointing that we couldn’t give her enough support on defense.”

Carroll’s teammates struggled to beat the Edina defenders. The Trojans managed to boot five shots but all were stopped by Hornets senior goalkeeper Olivia Jamison. It was just one of many things that were encouraging for Edina on Thursday.

"We ripped the Band-Aid off really quickly and got going," Aafedt said. "We're taking a different approach to this season. We're looking forward to every game because it could be our last." 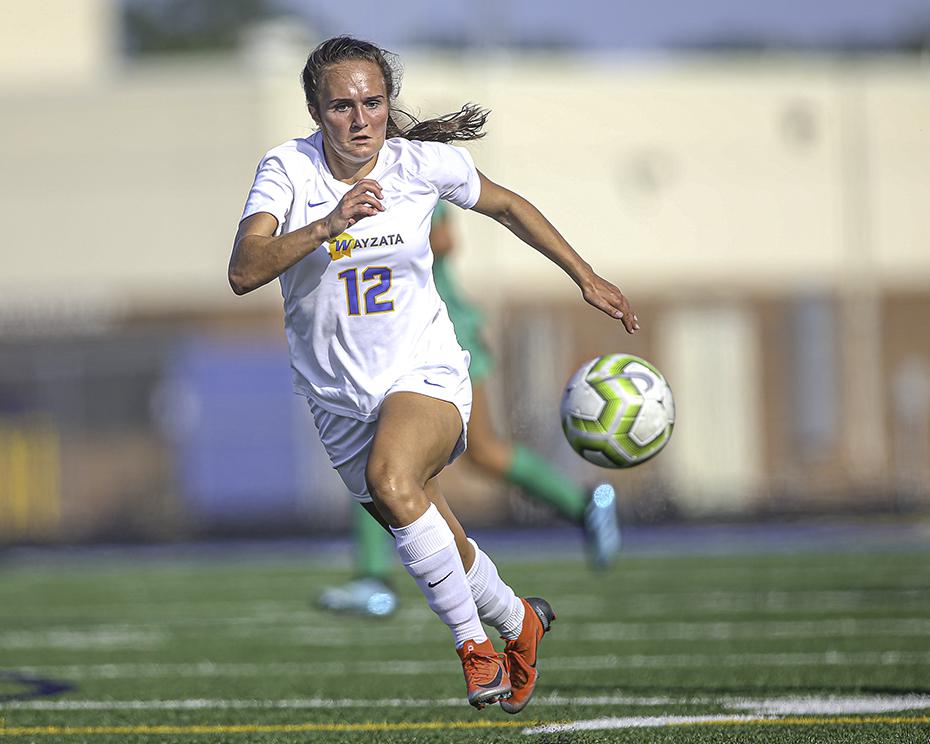 Wayzata's Brianna Monahan (12) took off on a break toward the Edina goal in the second half. Photo by Mark Hvidsten, SportsEngine