View who made the teams from each class. 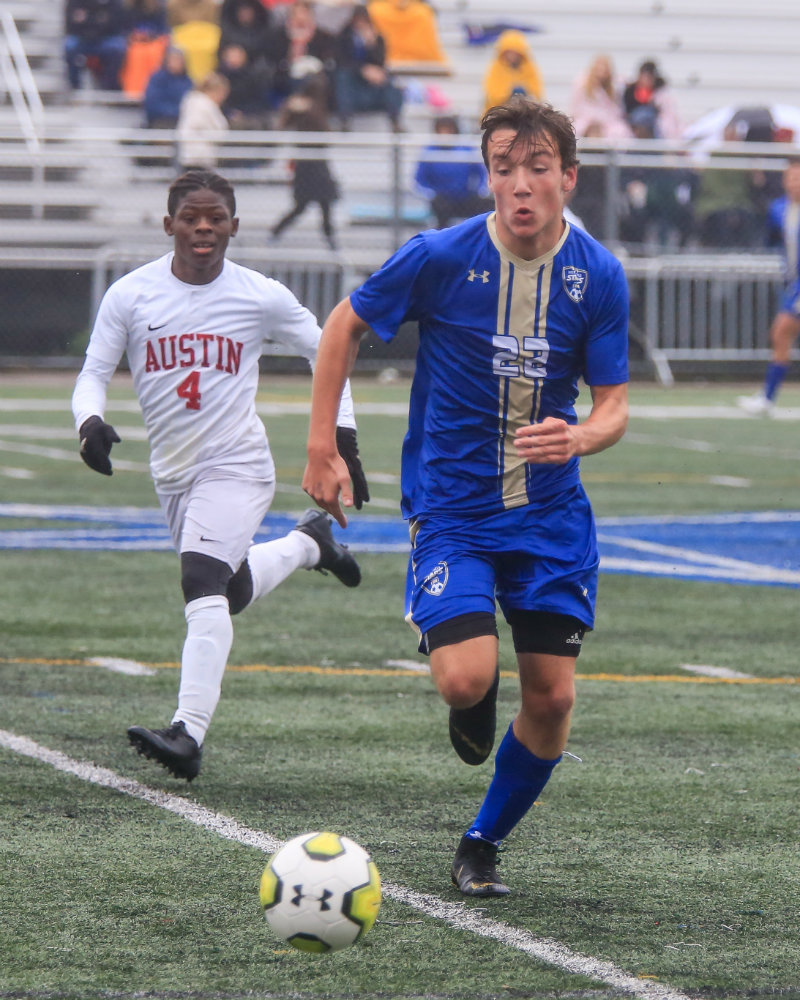 Carter Hermanson (right) of Holy Angels was one of four Stars chosen to this season's Class 1A all-tournament team. Photo by Mark Hvidsten, SportsEngine

Coming off its second consecutive state tournament berth, Holy Angels edged Blake 3-2 to claim the Class 1A championship crown, and also had four players selected to this year’s all-tournament team.

Presented by Wells Fargo and the Minnesota State High School League, and chosen by a panel of coaches who attended the tournament, Stars attackers Carter Hermanson and Porter Ball, and midfielders Mackie Zabinski and Noah Hermanson were selected all-tournament, while Blake had three honorees picked in attackers Will Mortenson, Howard Henderson and Jake Shapiro.

Carter Hermanson and Ball each notched an assist in the state championship game, helping the Stars cap their unbeaten season.

In Class 2A, reigning state champion Edina and runner-up East Ridge each had four players honored with an all-tournament selection. The Hornets won all their matches this season, defeating the Raptors 2-1 while being backstopped by Hank Stechmann, one of two goalkeepers to get big-school all-tournament honors.

View the tables below to see a complete list of who was picked to each team.