Minneapolis Washburn's Darley Florvil received the Class 2A award, while Conor O'Rourke from Holy Angels took the prize for Class 1A. 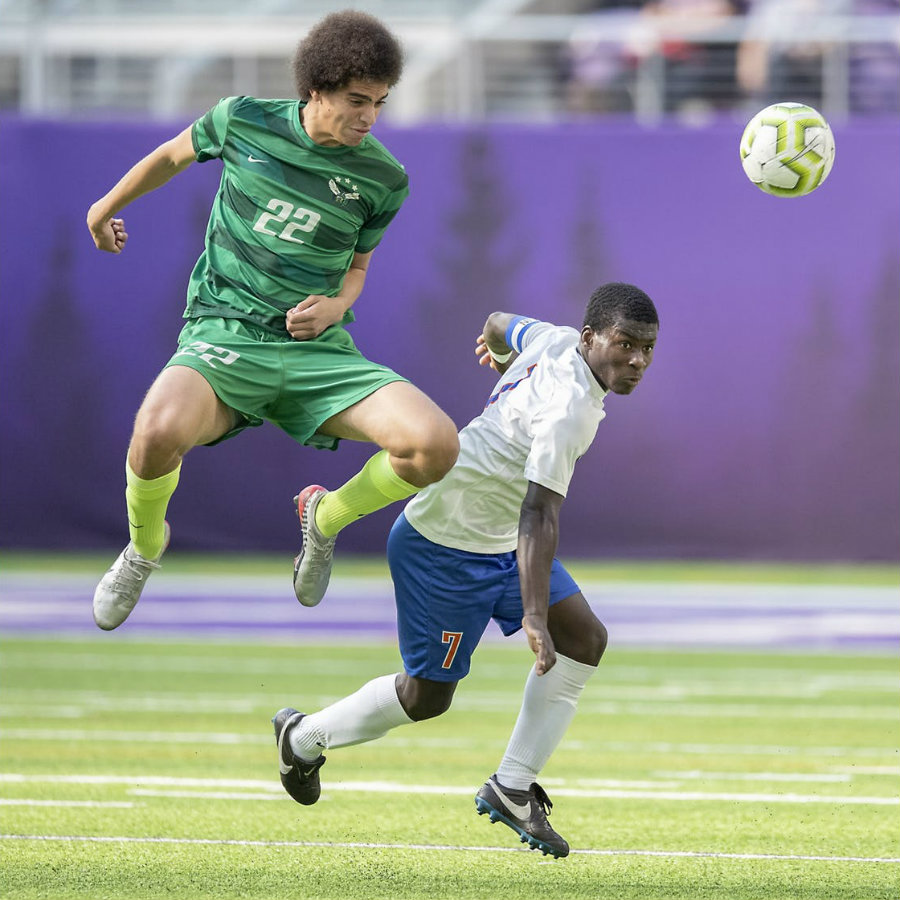 Darley Florvil (right) was chosen the 2019 Mr. Soccer award recipient for Class 2A. A senior forward for Minneapolis Washburn, Florvil had 24 goals and 10 assists this season. Photo by Elizabeth Flores, Star Tribune

There were five finalists in each class, with Minneapolis Washburn’s Darley Florvil securing the Class 2A hardware and Holy Angels’ Conor O’Rourke claiming the Class 1A award.

Florvil was a potent scorer for Minneapolis Washburn this season. The senior forward, who was chosen the Star Tribune’s Metro Player of the Year in boys' soccer, tallied 24 goals and 10 assists through the regular season and the Class 2A, Section 6 playoffs, helping the Millers to their first state tournament appearance since 2015.

O’Rourke, a senior defender, helped launch this season's Stars to their second consecutive state tournament appearance. Holy Angels, featuring a stingy defense spearheaded by O’Rourke, surrendered just one goal throughout the Class 1A, Section 3 tournament. O’Rourke, who was also selected to the Star Tribune’s all-metro first team, and his teammates have yet to lose a match this season, and they gave up just two goals once — in a 3-2 victory over Fridley on Oct. 3.

The Mr. and Ms. Soccer awards are meant to honor the state’s top senior players each season.