After a scoreless first half, the Crimson scored three goals in the second half, with Jordan Pauly figuring in the first two. 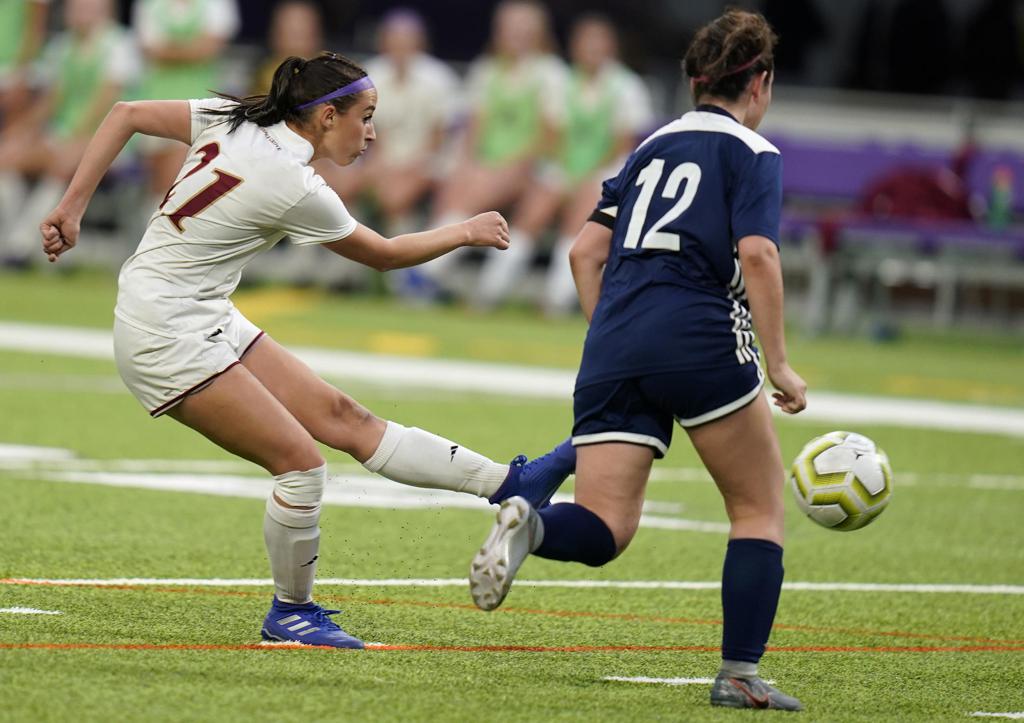 Some Rebels players were positively giddy about taking an undefeated record into Monday morning’s Class 2A state tournament semifinal showdown with the Crimson at U.S. Bank Stadium.

Crimson players weren’t fazed. Heck, earlier this season they gave top-seed Champlin Park the only blemish on its undefeated record, playing the Rebels to a draw on Sept. 5. Maple Grove did so despite losing a top player to a red card and carrying on a player short much of the game.

Pauly ignited her team’s 3-0 victory in the rematch, burying one goal and setting up another in a span of three minutes in the second half for No. 5 seed Maple Grove (17-2-1).

“As soon as we got the first one and the second one, we started seeing they were panicked, like, ‘Whoa, we’re not used to being behind. We’ve never lost before,’ ” Pauly said. “You could sense the shift in play.”

“We played a little bit hesitant,” Pavelka said. “We didn’t go on the attack as much as we usually do.”

About three minutes later, Pauly sent a ball in toward the Rebels’ goal. Keeper Malia Braiedy, who stopped all seven Crimson shots on the goal in the first half, lost control of the ball and Kelley Kloncz was there to put it away for a 2-0 lead.

Maple Grove had previously given No. 1 seed Champlin Park (18-1-1) the only blemish on its record, playing the Rebels to a 1-1 draw on Sept. 5 in Northwest Suburban Conference action.

With the victory Monday morning at U.S. Bank Stadium, the Crimson advance to play in the Class 2A championship game 3 p.m. Thursday. No. 5 seed Maple Grove (17-2-1) will face the winner of the second semifinal featuring No. 2 seed Centennial and No. 3 Rosemount.