The Minutemen, who were not seeded in the tournament, jumped to an early two-goal lead en route to a 4-1 victory. 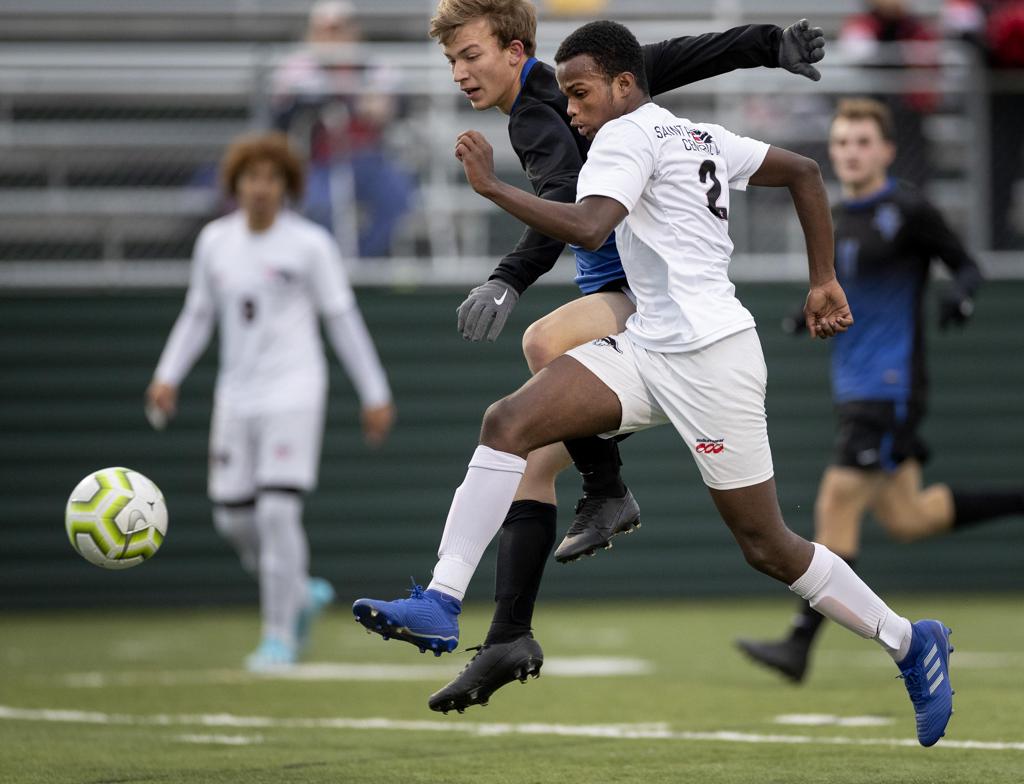 Maktar Yarrow (2) of St. Paul Central shot and scored a goal in the first half against Eastview. Photo: CARLOS GONZALEZ ¥ cgonzalez@startribune.com

St. Paul Central jumped on No. 2 seed Eastview for a quick two-goal lead and held on for a 4-1 upset Wednesday in a quarterfinal game of the Class 2A state tournament at Chisago Lakes High School.

The Minutemen were the better team for almost the entire game.

“They made a mistake (with the seeding),” Minutemen coach David Albornoz said. “They had four all-state kids and we had one. Look what happened. As an inner-city program, we are disrespected. The only way to get the respect is to win state.

“We used it to fuel the kids and made a pretty strong statement.”

The Minutemen scored first with a header off a corner kick by Riaz Kelly at 4:38 into the game. Maktar Yarrow extended the lead to 2-0 with a shot past the Lightning goalkeeper with 27:36 left in the first half.

“Coach kept saying to come out and get the first goal,” Kelly said. “We came as hard as we could and wanted to pressure the back line.”

The Lightning cut the deficit in half with 20:12 left in the first half with a goal by Aydan Griffiths off a corner kick.

The Lightning started to build momentum in the second half, but St. Paul Central goalkeeper Owen Brooks raced across the goal line and lunged to stop a shot by the Lightning. The Minutemen turned the play around and scored off a rush 1:22 later. Kelly re-directed a pass from the corner into the net for his second goal of the game with 29:45 left to play.

“They were challenging us,” Kelly said. “I saw a counter-attack opportunity. We never want to slow down a counter attack and I played the ball as fast as I could. I kept going and got a great ball.”

Max Hand capped the scoring for St. Paul Central by sending a shot past the Lightning goalkeeper on a breakaway rush.