Lamarre, a senior forward for the Eagles, scored twice in the second half to give him a team-high 27 goals to finish the regular season.

Slideshow photos: Totino-Grace defeated Northwest Suburban Conference foe Anoka 2-0 on a chilly and wet Saturday afternoon at Osseo High School to close out the regular season for both teams.

Click here to view the full photo gallery from the game. 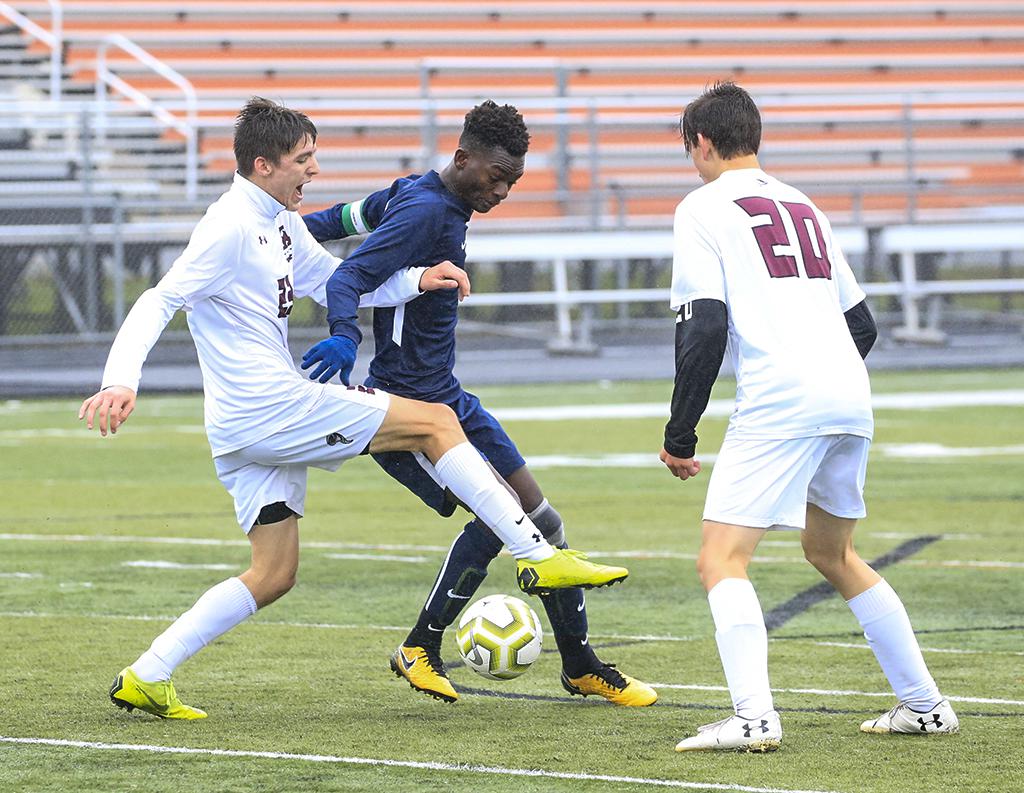 Totino-Grace forward Steevie Lamarre (center) guards the ball from a pair of Anoka defenders. Lamarre scored two goals leading his team to a 2-0 win over Anoka in a Northwest Suburban matchup. Photo by Cheryl A. Myers, SportsEngine

Wet conditions at Totino-Grace High School on Saturday afternoon forced a change in venue for the Eagles’ matchup with Anoka to the turf field at Osseo Senior High School. Once there, spectators quickly realized that another move was in order — this time to the visitor’s side of the field to find shelter from the blustery wind and rain. 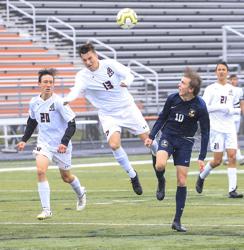 All the effort and last-minute shuffling paid off for the home crowd, as the Eagles, ranked No. 9 in the Class 1A coaches’ poll, defeated the Tornadoes 2-0 behind a pair of goals from senior Steevie Lamarre.

Totino-Grace (9-5-1, 7-5-1) had several scoring chances in the first half, but it remained scoreless until the 72nd minute of the match when Lamarre found the back of the net, sending the ball just over the goalkeeper’s head. Lamarre’s second tally came five minutes later, with a diving header at ground level off a corner kick by Xavier Savard.

The two goals close out a productive regular season for Lamarre, who now has 27 goals and nine assists on the season.

The Eagles controlled play throughout the physical match, giving up just three shots on net to the Tornadoes (5-10-1, 4-8-1). Anoka goalkeeper Mark Balknap had 11 saves.

With the regular season schedule completed, both teams move on to the section playoffs next week, with Anoka competing in Class 2A, Section 7, while Totino-Grace will see action in Class 1A, Section 5. 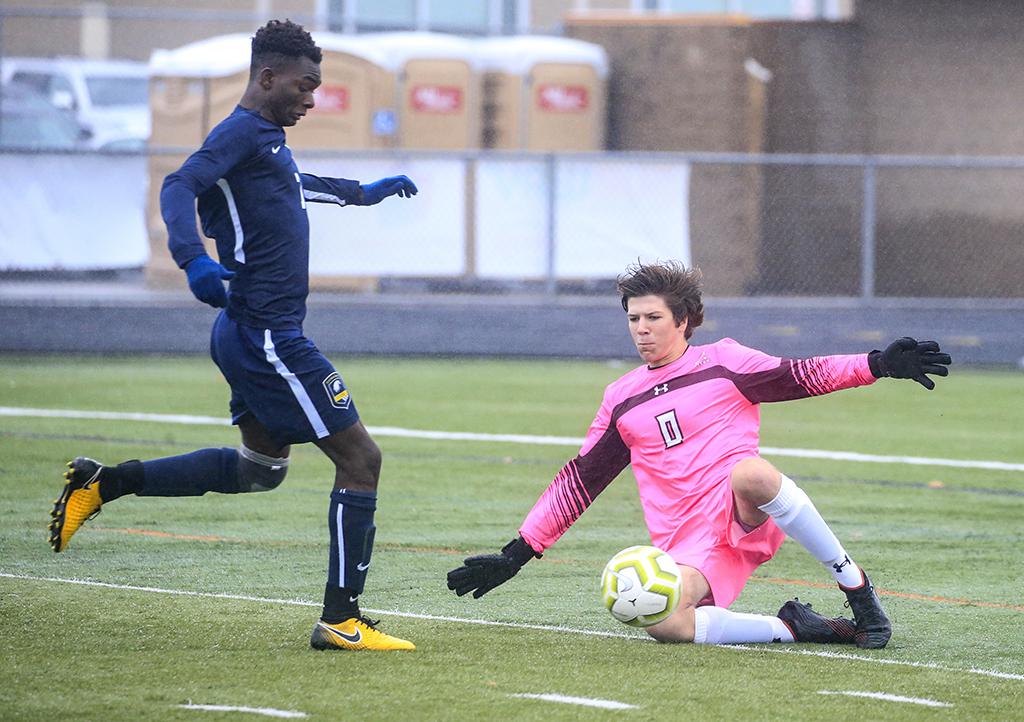 Anoka goalkeeper Mark Belknap makes a sliding save in the second half. Belknap tallied 11 saves for the Tornadoes in a 2-0 loss to the Eagles on Saturday afternoon. Photo by Cheryl A. Myers, SportsEngine