The Ponies galloped to an easy victory, led Sophia Steblay's hat trick and a defense that shut out the Bears. 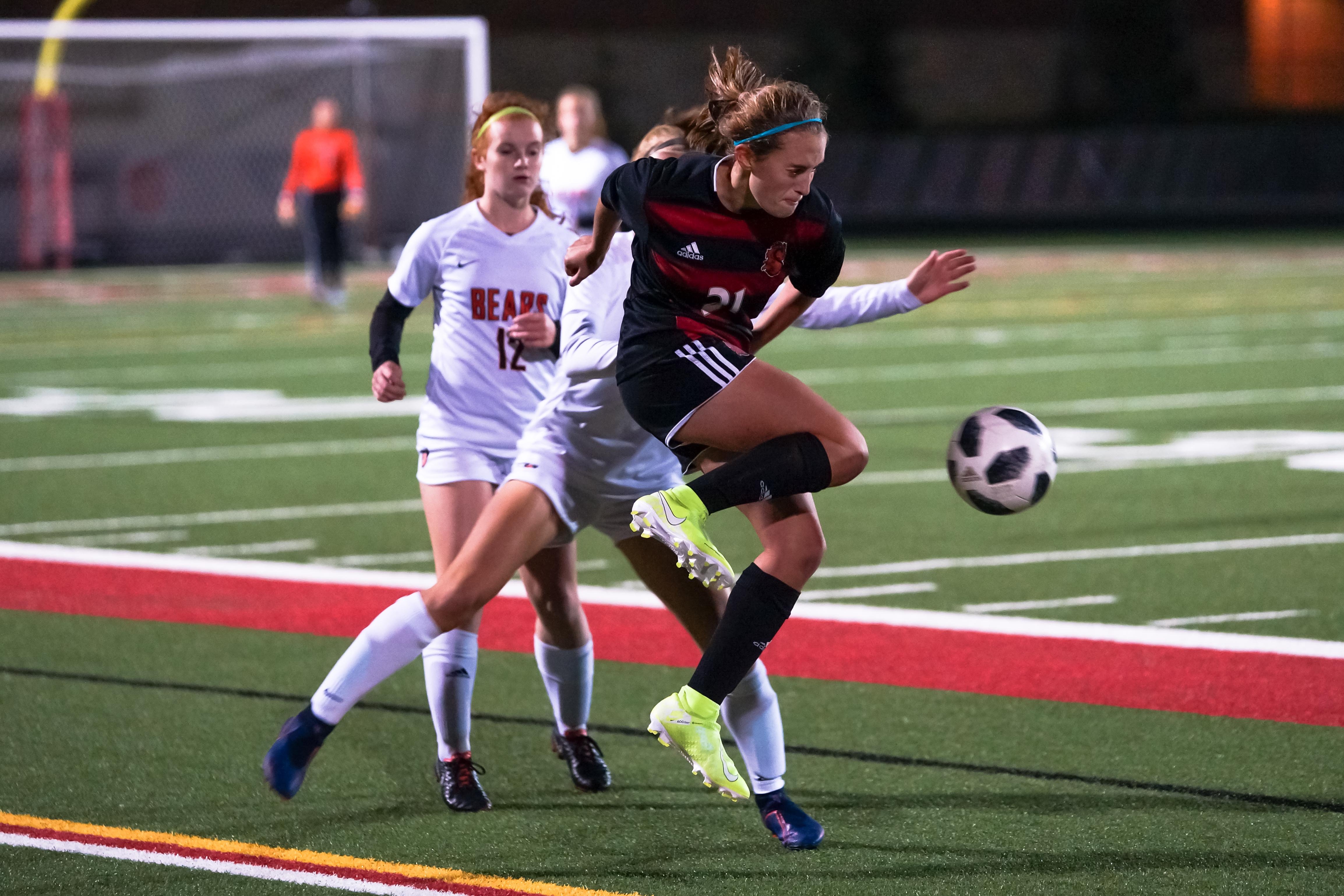 Stillwater's Sophia Steblay (21) had three goals in the first half of Thursday's match against visiting White Bear Lake. Photo by Korey McDermott, SportsEngine 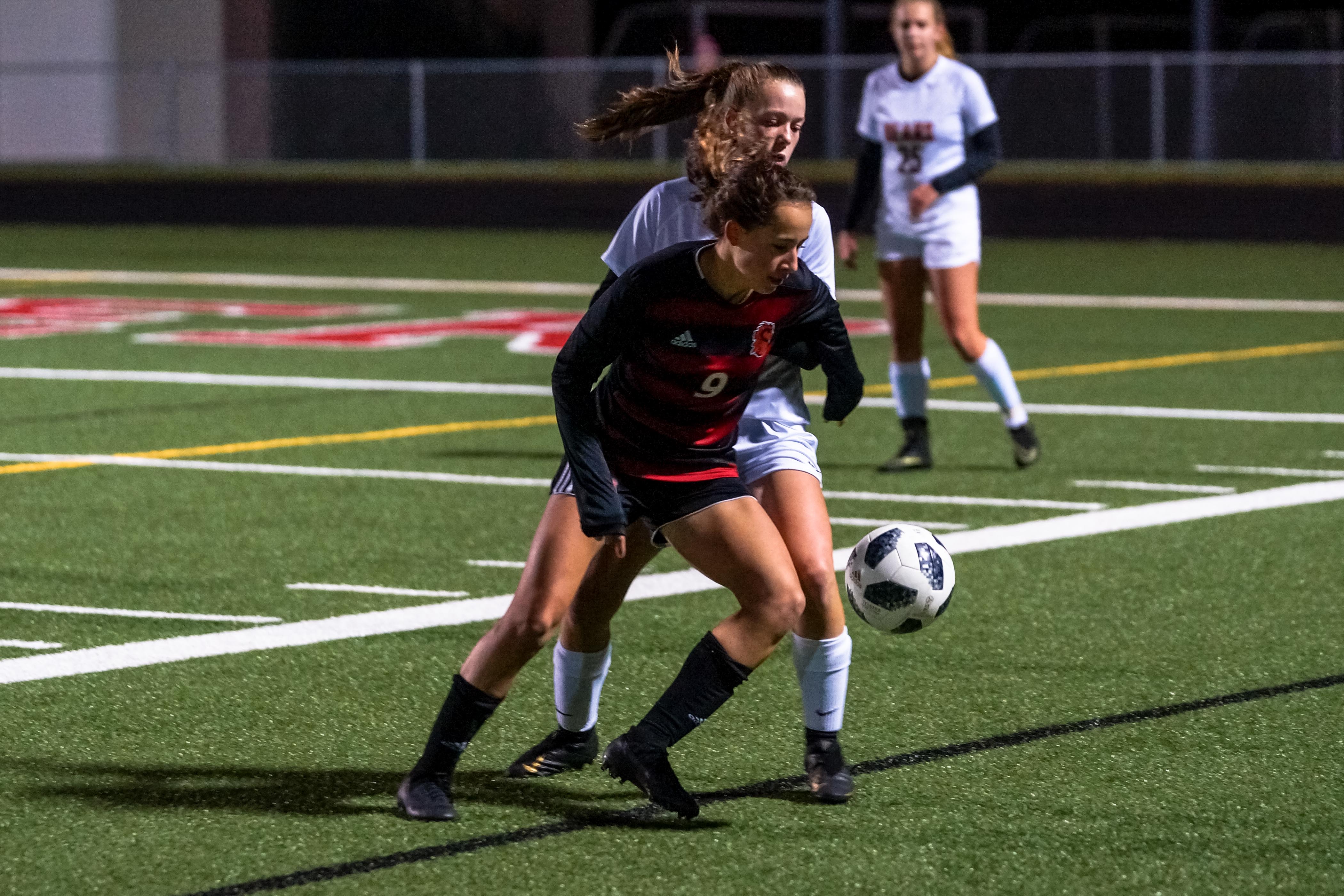 Marissa Bonilla (9) had four assists for the Ponies in a 5-0 victory over White Bear Lake to close the regular season. Photo by Korey McDermott, SportsEngine

For the Stillwater girls’ soccer team, a Suburban East Conference title was not on the line Thursday when they hosted White Bear Lake at Pony Stadium.

But the Ponies certainly made a statement in their final match of the regular season, stampeding to a 5-0 victory to deny the Bears an outright Suburban East Conference championship.

"The worst thing would be to [enter section play] with two losses," Stillwater coach Mike Huber said. "A win like this can be a statement win. This kind of win gives us a lot of momentum going into sections." 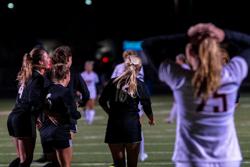 And the momentum came early for the Ponies, who scored three times in the first 16 minutes of the contest. In a bit of deja vu, junior Marisa Bonilla crossed the ball into the box from the same spot — just left of the White Bear Lake goal — to the same player, junior Sophia Steblay, who pounded the ball into the back of the net.

"As I went down the line, Sophia and Lexi [Huber] made great runs," Bonilla said. "All I had to do was find them."

And Bonilla found Steblay for a goal just 32 seconds into the contest, then repeated that result at 11:16 and 15:55.

"It was the same ball every time," Steblay said. "I knew she would slot it perfectly behind their defense, and all I had to do is tap it in for the goal."

It was a back-breaking sequence the Bears could not overcome, and the result was an end to the team's eight-game win streak.

"We lost our marks on the back post," White Bear Lake co-coach John Dierkhising said. "And we were staring at the ball too much, not worrying about the player [we're supposed to mark]. It's tough to come back from that; hopefully we learn from it, and we're a better team if we face them in the section tournament."

Thursday's win was a good rebound from a disappointing 3-0 loss Stillwater recorded against Cretin-Derham Hall on Tuesday, a setback that cost the Ponies a shot at the league title.

"We addressed that it knocked us out of the race for the conference [championship]," Huber said of Tuesday's contest. "So we focused on getting a result against White Bear Lake, because we felt these were the top two teams [in our section], so we would have an argument for being the No. 1 seed."

The argument was bolstered by a fine defensive effort by the Ponies, who claimed their 12th clean sheet of the season thanks in part to seven saves by Sydney Gritters. The sophomore goalkeeper shut out White Bear Lake, which had outscored its opponents 41-4 in those eight victories.

"Kayla Anderson is one of the top goal-scorers in the state," Huber said of the Bears' top scorer. "I thought we played well against her, and when she had an opportunity, our goalkeeper came up with some big saves. They're a high-scoring team, but defensively we were solid when we had to be."

Bonilla also credited defenders Haley Nelson and C.J. Fredkove for their strong play in marking Anderson, a South Dakota State commit who has 23 goals in 14 games.

"Haley and C.J. were winning balls in the air," Bonilla said. "They kept Kayla under control — they were great."

The loss was a disappointing end to the regular season for White Bear Lake, which received votes in the Class 2A poll but did not crack the top 10. The Bears enter Class 2A, Section 4 play at 11-3-1 overall but still earned a share of the Suburban East title with an 8-1 mark and 24 points.

"Ending it on a low note like this is disappointing, sure," Dierkhising said. "But the bigger picture is sections. Conference was important, but if we want to get to state, we're going to have to go through Stillwater.

While White Bear Lake finished higher in the conference, Huber hopes Stillwater will be the top seed when Class 2A, Section 4 tournament pairings are announced this weekend. 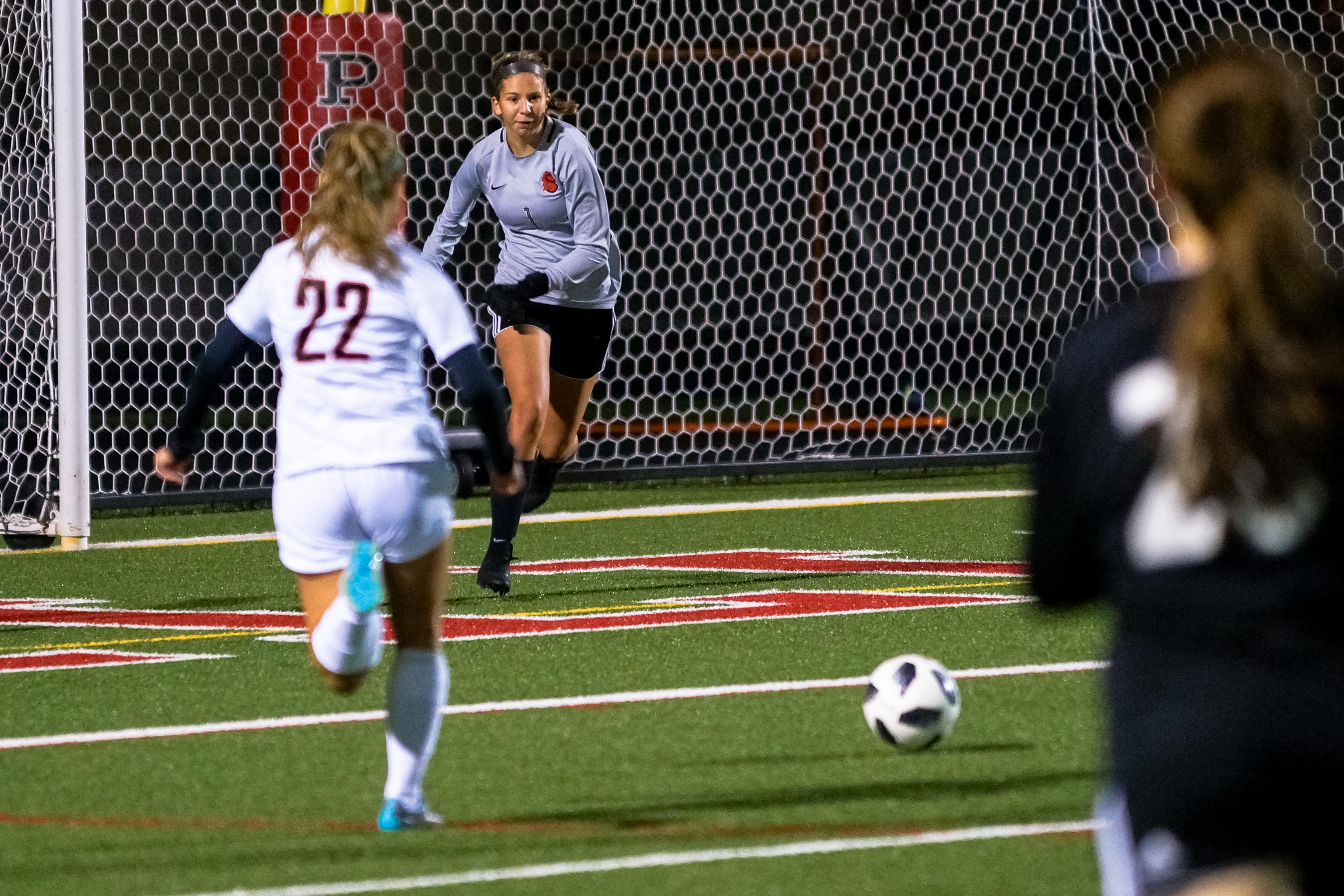 Stillwater goalkeeper Sydney Gritters challenges a White Bear Lake player for one of her seven saves in a 5-0 shutout victory Thursday. Photo by Korey McDermott, SportsEngine

The Stillwater girls' soccer team made a statement in its final game of the regular season Thursday by stampeding White Bear Lake 5-0 at Pony Stadium.

The Ponies, ranked No. 4 in the Class 2A state coaches' poll, scored four times in the first half and coasted to the win.

Junior Sophia Steblay scored three times in the game's first 16 minutes for Stillwater — with sophomore Marisa Bonilla assisting on all three goals — while junior Lexi Huber scored once in each half for the Ponies (13-3, 7-2).

Sophomore goalkeeper Sydney Gritters stopped all seven shots she faced as the Ponies posted their 12th clean sheet of the season.

Senior Ella Janicki finished with eight saves for the Bears (11-3-1, 8-1), who saw an eight-game win streak snapped with the loss.