Trojans senior midfielder Ben Luedtke scored the first goal of the game, which was enough to ice the Lakers. 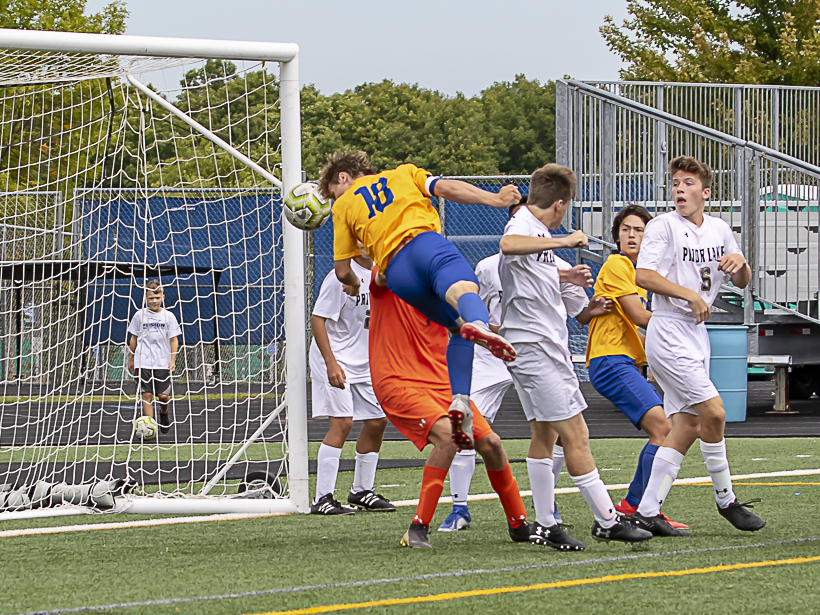 Wayzata senior midfielder Ben Luedtke scores on a header to put the Trojans up 1-0 against Prior Lake at Wayzata High School on Saturday. The Trojans defeated the Lakers 2-1. Photo by Gary Mukai, SportsEngine

After a first half where his players had outshot and outchanced the opponent, but couldn’t manage to break through and score, Wayzata coach Dominic Duenas talked things over with his team and made the right adjustments at halftime.

“I liked the energy, and I especially like how our backs played,” Duenas said. “We just needed to do a better job of collecting the ball, and we focused on that and it allowed us to connect a few more passes.”

The tweaks made at halftime worked, as Wayzata, ranked No. 5 in the Class 2A coaches’ poll, tallied a pair of second-half goals to defeat Prior Lake 2-1 at Wayzata High School.

In the second half, the Trojans (3-1, 0-0) continued controlling the ball, which served them well in the first half and into the opening moments minutes of the second half, eventually forcing Prior Lake into the first mistake that Wayzata could capitalize on. A ball was knocked out of bounds over the Prior Lake defensive endline, and Trojans senior Evan McGoogan headed to the corner to put the ball back into play.

“Our seniors do a great job of sending balls in that end up in a great position for us to score,” Duenas said. “After that, it’s up to the other players to finish, and they’ve done a good job of that.” 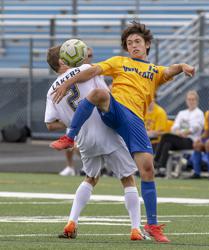 Wayzata’s third corner kick of the day finally found the right head, as McGoogan’s well-placed ball met the head of team captain Ben Luedtke, a senior who found the back-right corner of the net.

“When we plan on putting everyone into the [six-yard box], Evan does a good job of putting it right into the chaos,” Luedtke said. “He gave me a great chance to go up and get it [on that ball], so props to him.”

Being the primary playmakers isn’t always a necessary thing for either Luedtke or McGoogan.

Their work at muddying up the box when Ryan Almaer took Wayzata’s next corner kick occupied enough of Prior Lake’s defenders that sophomore forward Ryan Mahabadi was able to collect a rebound off a Lakers (0-3, 0-0) defender and again find the back of the net.

“I might not get the ball every time, but then I just try to pull defenders away so someone else can get the ball,” Luedtke said. “Running around like we did confuses the defense and that gave Ryan a chance to put the ball in the back of the net.

The Trojans had just one more corner kick after their two were converted into goals. Their live-play chances kept Prior Lake’s backend busy enough that even after Lakers junior forward Ryan Hadland made it a 2-1 game with a long-distance strike, the Lakers couldn’t complete the comeback.

“We were able to keep creating chances throughout the second half, which helped put them away,” McGoogan said. “We’ll figure out how to finish some more of those chances as the year goes on.”

The skill of Prior Lake’s coaching staff was evident in the first half, as the Lakers were able to keep up with the Trojans defensively.

“They are a solid team,” Luedtke said. “Playing them once a year is a good test for us, even though they’re not in our conference or section.”

Duenas appreciates the test that Prior Lake gives his team on a year-by-year basis, as the teams have played each other annually for more than a decade.

“They’re a really organized side,” Duenas said. “They understand their roles. They defend and attack as a team. They were a great test for us before getting into conference play.” 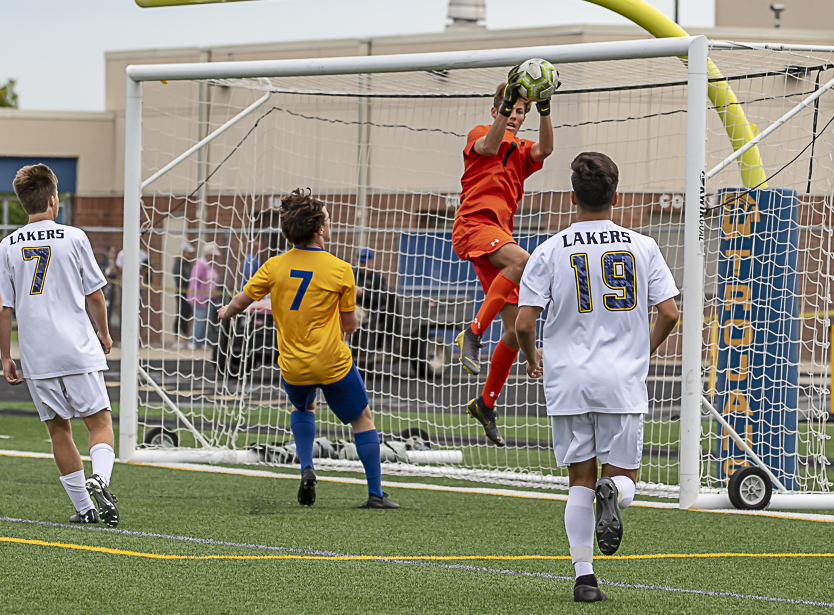 Halftime proved key for Wayzata on Saturday afternoon. After a first half that saw the Trojans create nearly a dozen chances for the opening goal without success, they finally broke through and converted on a pair of second-half corner kicks to give them a 2-1 win over Prior Lake at Wayzata High School.

The Trojans, ranked No. 5 in Class 2A in the Minnesota State High School Soccer Coaches poll, got goals from senior captain Ben Luedtke, a midfielder, and sophomore forward Ryan Mahabadi.

Ryan Hadland, a junior forward, tallied the Lakers’ first goal of the season in the 62nd minute, but Prior Lake’s offense just couldn’t generate enough high-leverage chances to catch the Trojans (3-1, 0-0).